Lonely Alphard is the brightest star in Hydra

Alphard is the “heart” and brightest star in the constellation Hydra the Water Snake, and it represents a welcome sign of spring for the Northern Hemisphere. 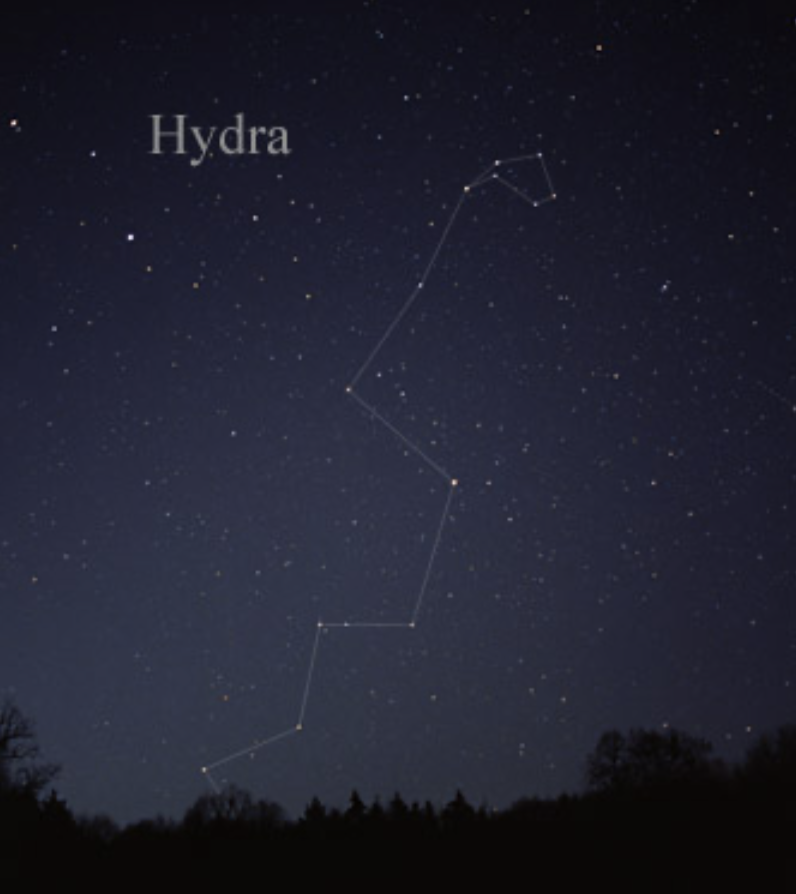 On March evenings, you’ll find Hydra the Water Snake ascending in the east. Alphard is the bright orange star near the center of this constellation. Photo by Till Credner at AlltheSky.com via Wikimedia Commons.

Alphard (Alpha Hydrae) is the brightest star in the constellation Hydra the Water Snake, which is the longest of all 88 constellations. Despite its long trail of stars, Hydra’s stars are mostly dim except for Alphard. As a 2nd-magnitude star, Alphard shines on a par with the stars of the Big Dipper. Known as the Heart of the Snake, Alphard is a precursor of spring.

Alphard’s warm orange color and location near the head of Hydra makes it a good representative for the snake’s heart. It’s sometimes called Cor Hydrae or Hydra’s Heart. There is something about Alphard – some combination of its orange color and not-too-showy brightness – that looks friendly.

Like so many skywatchers before you, you’ll grow to love seeing Alphard ascend in the early evening in late February and March as it ushers in a new season. Alphard is located in the upper part of the Water Snake, and it has risen when darkness falls by the time of the March equinox.

The constellation is so long that the entire snake doesn’t rise until after midnight in March. Alphard is like a herald to the rest of the snake, which ascends in the sky like a cobra from a snake charmer’s basket. On March, April and May evenings, this great star pattern stretches across the entire sky. 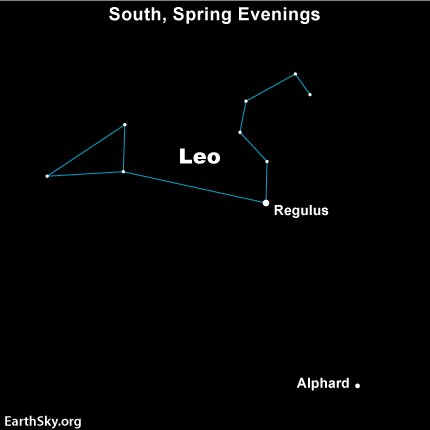 If you’re in the Northern Hemisphere – and you stand facing southward on a spring evening – Leo will be over your head. Alphard will be to the lower right of Regulus, Leo’s brightest star.

Do you know the constellation Leo the Lion and its famous asterism shaped like a backward question mark? If so – on an evening in March, April or May – look for the distinctive backward question mark shape of its head and the triangle body. Then, from Northern Hemisphere locations, look southward to Leo’s lower right to find Alphard. You’ll find Alphard not far from Regulus, Leo’s brightest star. Alphard is not as bright as Regulus, but it’s a distinctive orange color. Both Alphard and Regulus are known as the “heart” of their respective animal constellations. 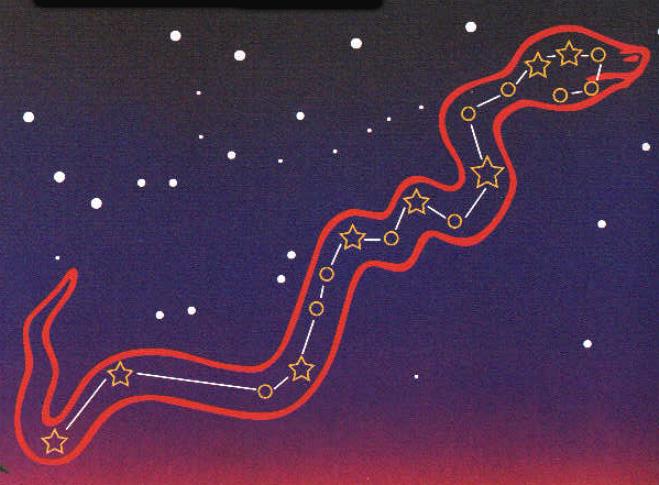 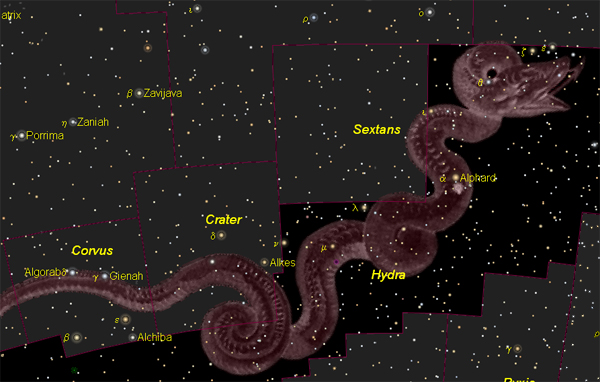 Hydra the Water Snake, with Alphard at its heart.

Much like Fomalhaut six months from now, Alphard is said to be a lonely star. It beams as the sole bright light in a sea of dim stars in its part of the sky. The Arabic name Alphard translates as the Solitary One.

Look at Alphard with binoculars to discern its orange color. Alphard’s color shows that it is entering into the autumn of its years, like the color of the orange stars Pollux and Arcturus, and the ruddy star Aldebaran. Old stars’ colors are reminiscent of the orange color of autumn leaves. Like Pollux, Arcturus and Aldebaran, Alphard will shed its outer layers someday soon (by astronomical standards) and shrink into a dead white dwarf star.

Bottom line: Alphard is the “heart” and brightest star in the constellation Hydra, and it represents a welcome sign of spring for the Northern Hemisphere.