See it! Moon sweeps past Mars

Mars is still at its best, and the moon has just swept past. Plus Saturn is nearby. Enjoy these photos from the EarthSky community. 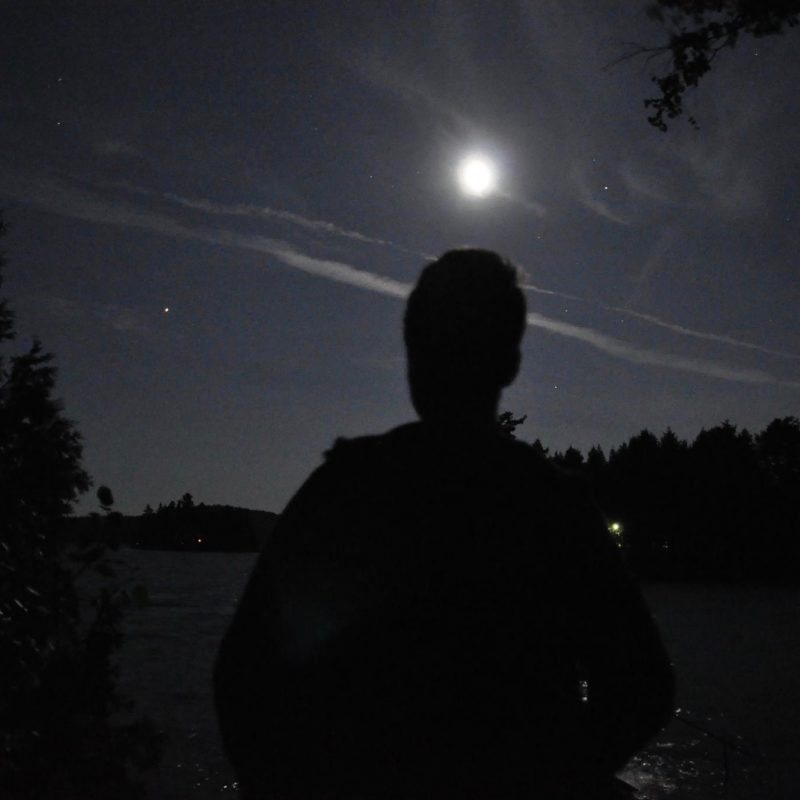 Moon with Mars to the left and Saturn to the right over New Brunswick, Canada. – August 21, 2018 photo via Roxana Soetebeer.

View larger. | Our friend Duke Marsh wrote on August 23, 2018: “Four of the five bright planets joined the moon for a lovely sight above the riverfront in New Albany, Indiana, Thursday evening. Each planet can be see directly below its name at the top. Looks best viewed full-screen on a computer monitor or large tablet.” 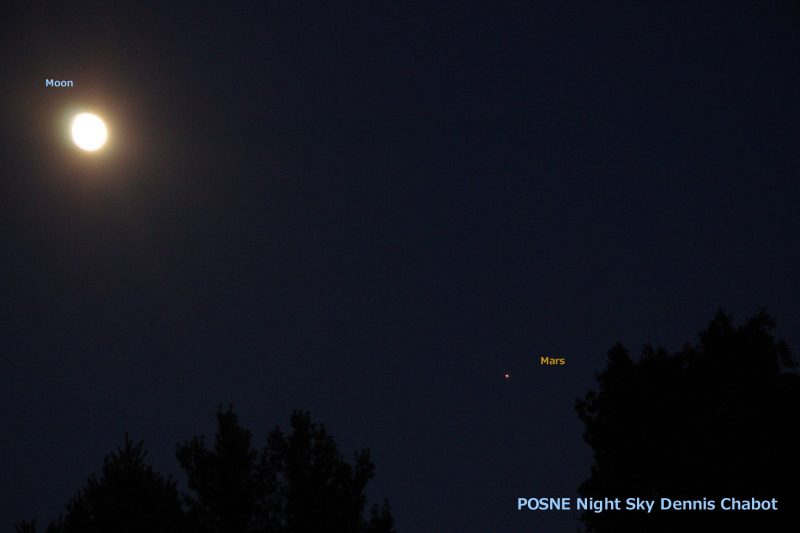 Dennis Chabot of Posne NightSky in Massachusetts wrote: “Moon and Mars on this very rare clear night in New England. Mars is still very bright mag -2.12.” Mars will remain bright for another week to 10 days. In September, it’ll begin to dim dramatically as Earth pulls ahead of Mars in the race of planets around the sun. 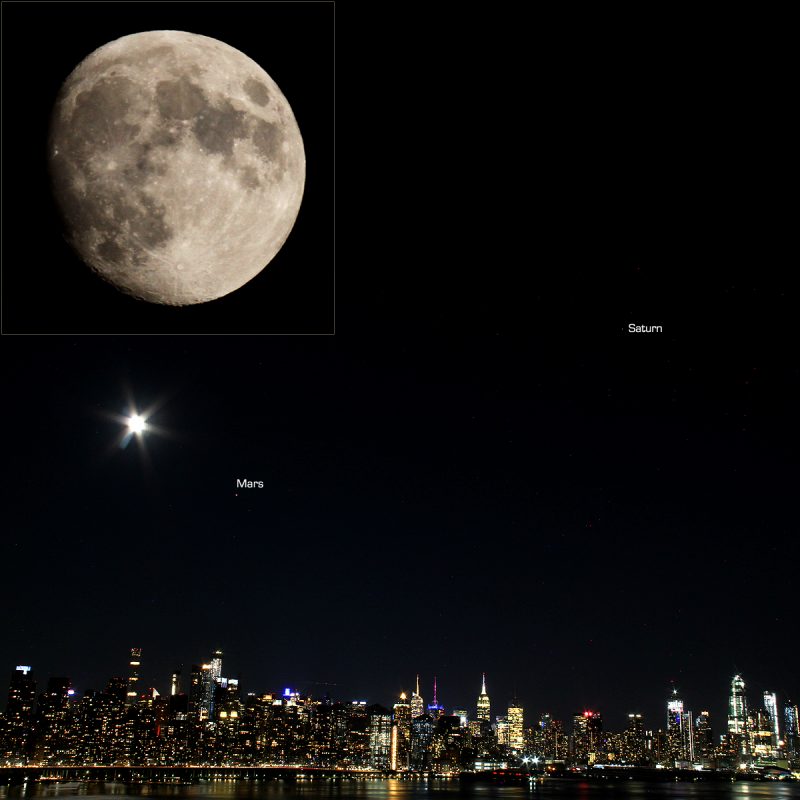 Alexander Krivenyshev of WorldTimeZone.com caught the moon (bright object in photo, plus shown larger in inset), Mars and Saturn above the Manhattan skyline – New York City – on August 23, 2018. 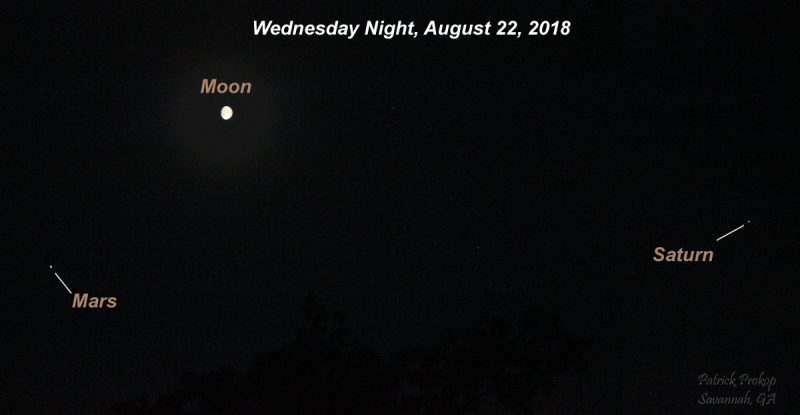 A view of the moon, Mars and Saturn in the southern sky on August 22, 2018, from Patrick Prokop in Savannah, Georgia. Can you see – in contrast to the 2 images above – that the moon has moved closer to Mars from one day to the next? This motion is due to the moon’s movement in orbit around Earth. 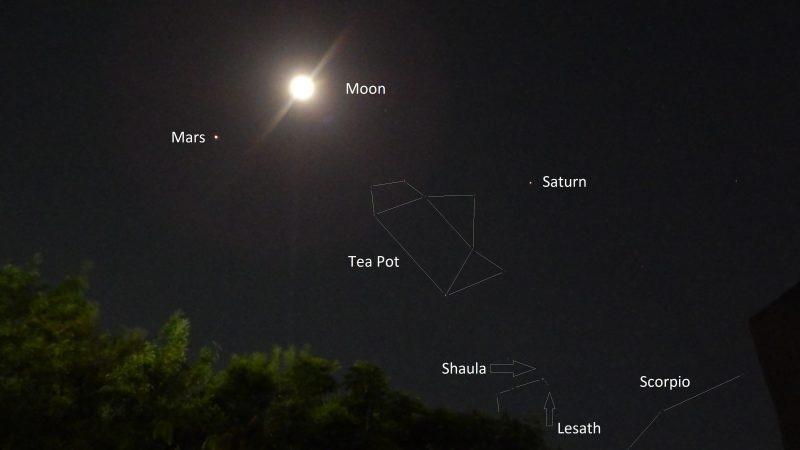 Raul Cortes in Monterrey, Mexico, caught essentially the same view on August 22 as Patrick Prokop in the photo above. But he has labeled more of the stars and star patterns near Saturn and Mars … the legendary Teapot pattern in the constellation Sagittarius, and the stars Shaula and Lesath in the Tail of Scorpius the Scorpion. 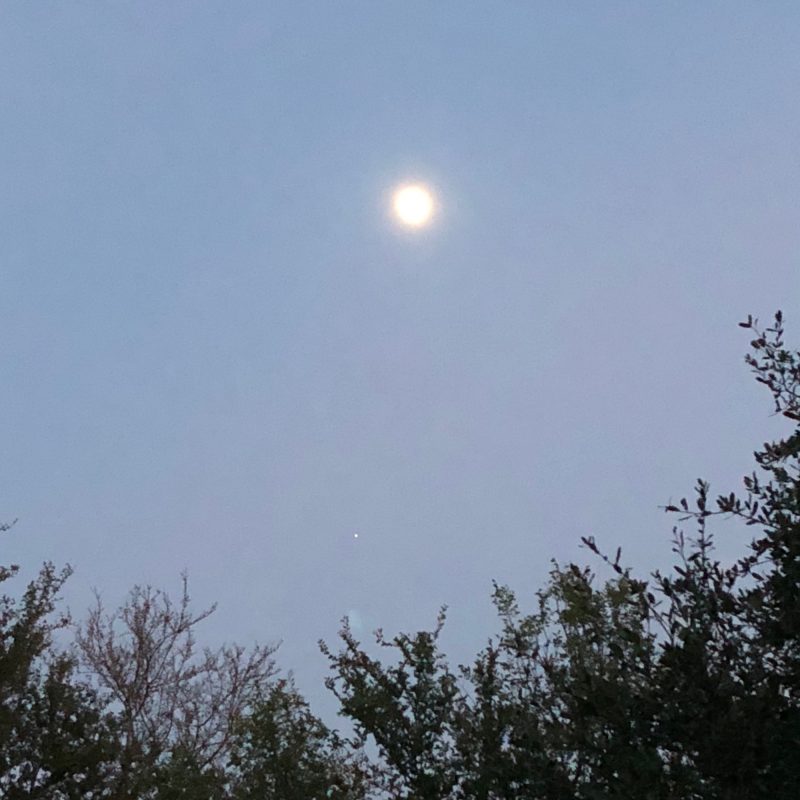 Deborah Byrd caught the moon and Mars in early evening, with an iPhone, before the sky was fully dark. They were so bright, they were visible in twilight! 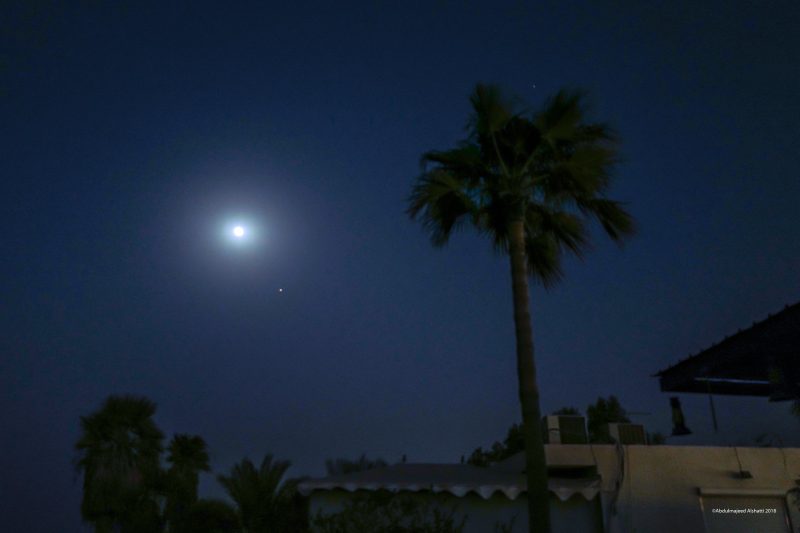 Abdulmajeed Alshatti captured the moon and Mars on August 23, 2018, from Kuwait. 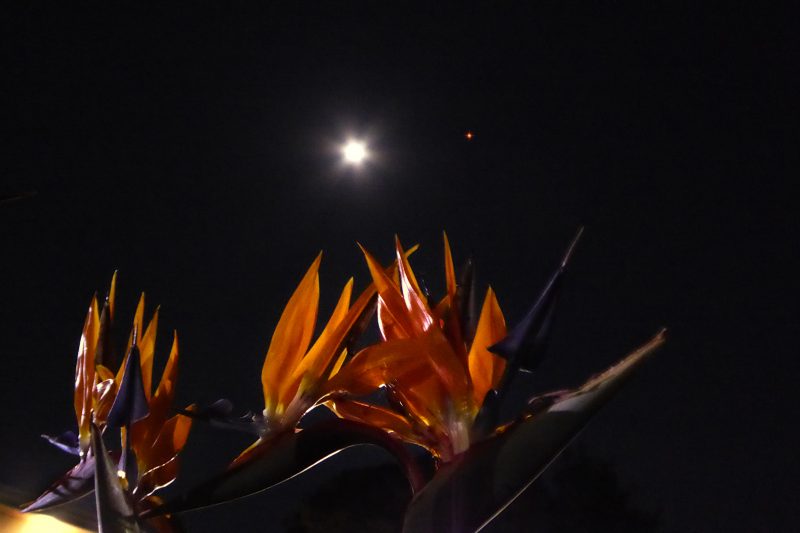 Peter Lowenstein in Mutare, Zimbabwe, captured the moon and Mars above a flowering strelitzia (bird of paradise) plant on August 23: “Last month the full moon was closest to Mars on the day of the total lunar eclipse (July 27, 2018). This month the waxing moon is closest to Mars 3 days before becoming full … Camera: Panasonic lumix DMC-TZ60 in night scene mode.” Notice that the red color of the bird of paradise flower matches the red color of Mars. 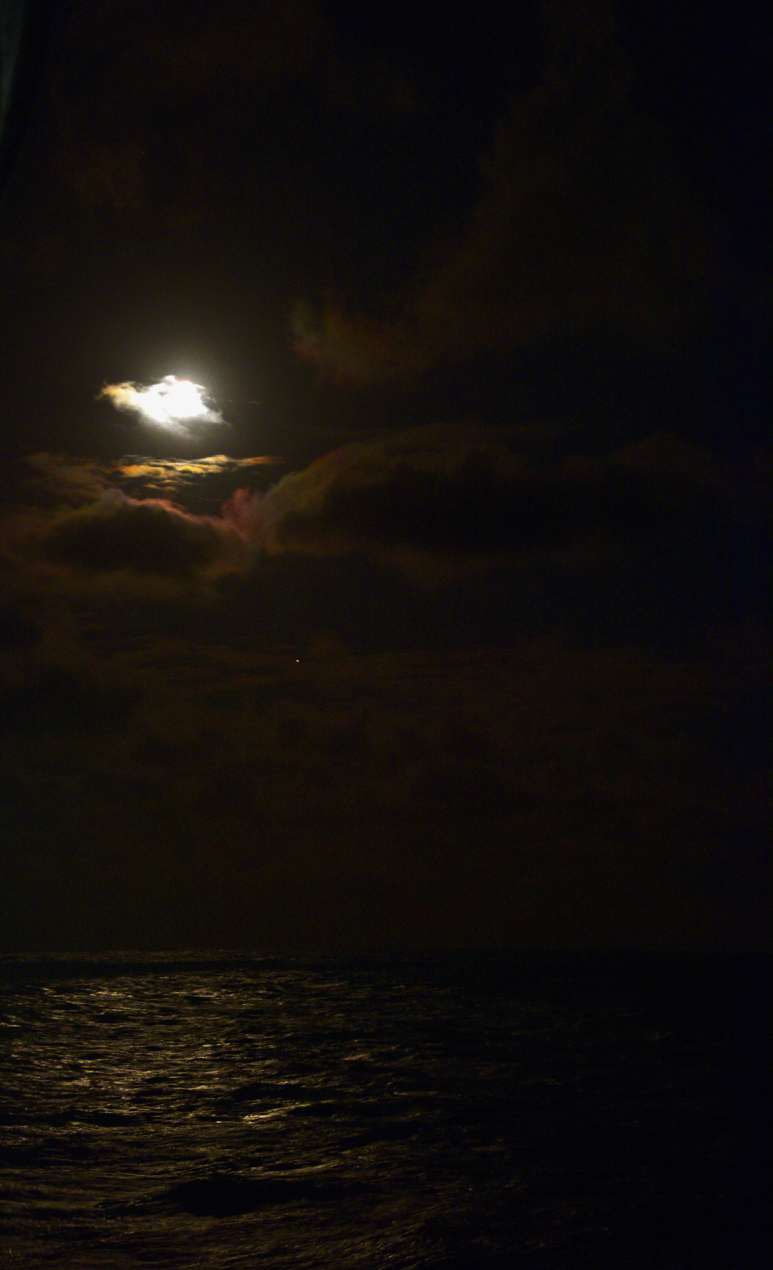 Greg Redfern wrote on August 23: “The moon and Mars over a restless North Atlantic Ocean while underway on Azamara Pursuit.” Bon voyage, Greg!

Bottom line: Photos from the EarthSky community of the planets Mars and Saturn – August, 2018 – as the moon swept past.