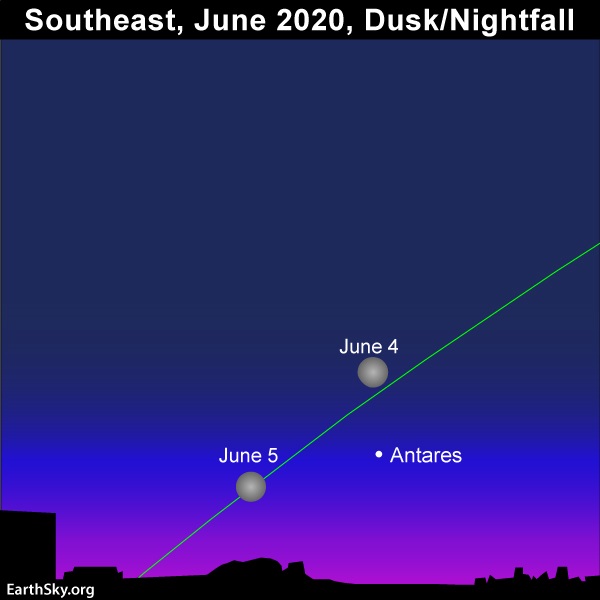 On both June 4 and 5, 2020, the moon will look full to the eye as it shines from dusk until dawn. On both nights, the moon will be close to the red supergiant star Antares, brightest star in the constellation Scorpius the Scorpion. The crest of the moon’s full phase – when the moon and sun are most opposite each other on our sky’s dome for this month – happens on June 5, 2020, at 19:12 UTC: translate UTC to your time. For us in North America, that means the moon turns precisely full during the daylight hours on June 5, when the moon will be below our horizon. Yet the other side of the world – those who can see the moon in the sky around the time it turns precisely full – will have access to a lunar eclipse. It’s the most subtle kind of lunar eclipse, one that most people won’t even notice: a penumbral eclipse of the moon.

The part of the world shaded in pink on this map will have access to an exceedingly subtle penumbral eclopse of the moon on June 5, 2020. For more details on the eclipse, and to see this map animated, visit TimeandDate.com. 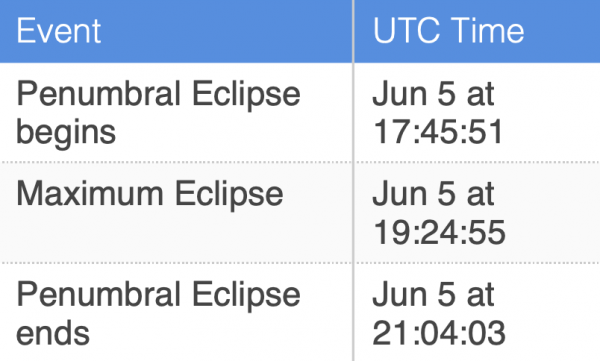 For more details on the June 5 eclipse, visit TimeandDate.com. 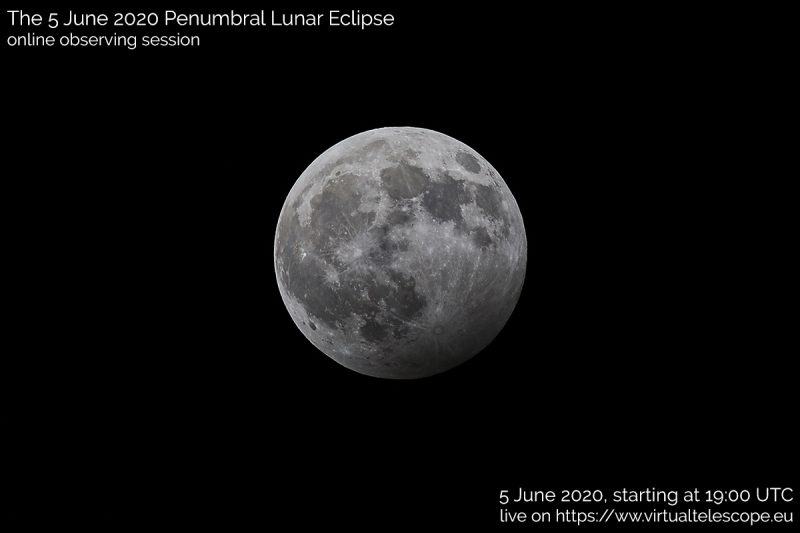 Instead, the southern side of the full moon just clips the northern part of the Earth’s penumbral shadow, to stage the faint partial penumbral eclipse of the moon on June 5.

This eclipse will be so faint that most people won’t be able to tell the moon is being eclipsed, even as they are looking at it. 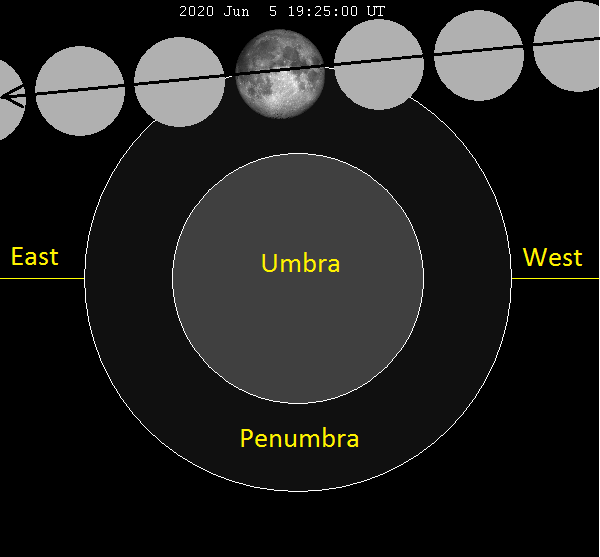 For us in North America, no eclipse takes place. All the action (such as it is) will be happening while the moon is below our horizon. We’ll just enjoy the full-looking moon on the nights of June 4 and 5.

At temperate latitudes in the Southern Hemisphere, where the impending June winter solstice is bringing about short days and long nights, this June full moon could be called the Long Night Moon. 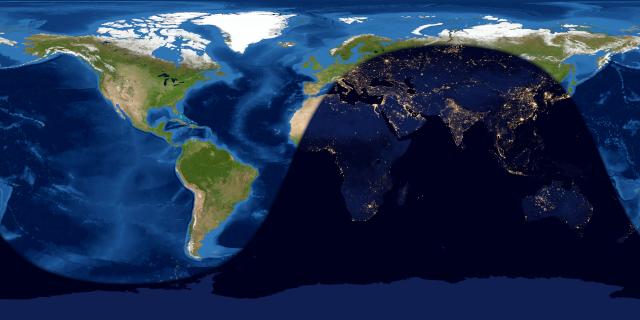 Bottom line: All of us around the world (except those in the far-northern Arctic) can look for the moon and red supergiant star Antares on the nights of June 4 and 5, 2020. On June 5, a penumbral eclipse will take place for much of the world except North and South America. The Virtual Telescope Project in Rome, Italy, will offer online views of this faint penumbral lunar eclipse, starting at 19:00 UTC; translate UTC to your time. For details, visit the Virtual Telescope Project.