Impress your Valentine with these February full moon names

Wolf Moon, Snow Moon, Hunger Moon and more names for February’s full moon in this post. Star near the moon is Regulus.

John Michael Mizzi of the island of Gozo (Malta) took the photo above.

Want to impress your Valentine with some names for the February full moon? In North America, we often call this particular full moon the Wolf Moon, Snow Moon or Hunger Moon. We’ve also heard the name Ice Moon for this full moon. Click here for a list all the full moons

But the February full moon can assume any number of different names. It was called the Snow-blinding Moon by the Micmac people in eastern Canada. This full moon was the Wind Moon to the San Ildefonso of the Southwest. And it was the Blackbear Moon to the Kutenai of the Northwest. The list could go on and on, as evidenced by Keith’s Moon Page.

We Love Our Fans Sale going on now. Order your 2014 EarthSky lunar calendar today at a 50% discount! 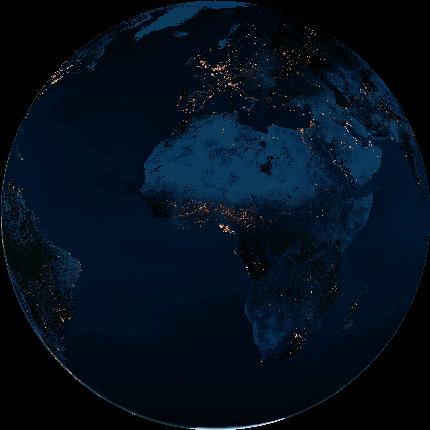 A simulation of the new Earth at the instant of the February full moon (14 January at 23:53 Universal Time). In other words, this hemisphere of Earth is facing the moon at the instant we on Earth see the moon as most full. Could you see Earth from the moon then? Not likely. It’s daytime on the near side of the moon then, and Earth is lost in the sun’s glare, much like a new moon is from Earth. Image via Earth and Moon Viewer

Any time you see the moon near the horizon, it might have an orange or reddish color. The reason is Earth’s own atmosphere. The moon’s (or sun’s) light must pass through a greater thickness of atmosphere when rising or setting (that is, when it is near the horizon) than when overhead. Since the atmosphere scatters the bluish component of light, while allowing the redder light to travel straight through to our eyes, objects often appear redder than normal when near the horizon. So any moon, full or not, may look reddish when seen near the horizon.

Bottom line: Valentine’s moon! The moon is full on Valentine’s Day 2014. Some names for the February full moon. Also, watch tonight as the moon and star Regulus travel together across the sky tonight from dusk until dawn.