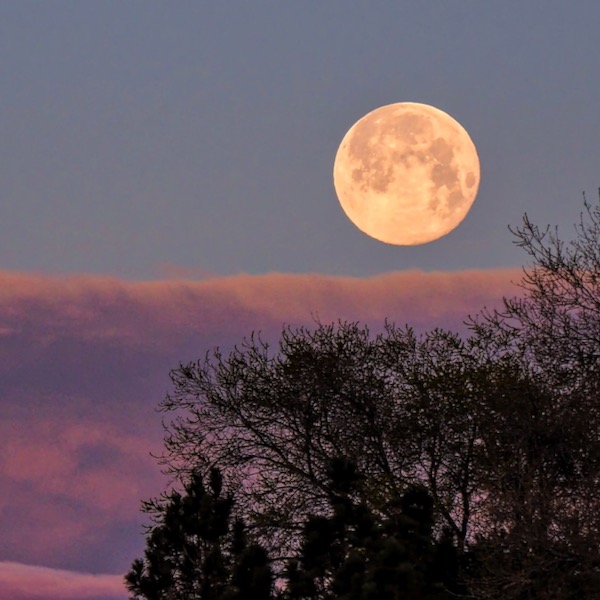 View the photo above at EarthSky Community Photos. | Laura Lea Evans of Reno, Nevada, caught 2020’s closest, largest and brightest supermoon setting in the west around sunrise Wednesday morning, April 8, 2020. After any full moon, the moon rises longer after sunset each day, and it sets in the west after sunrise, displaying a waning gibbous phase. And thus – by the mornings of April 9 and 10 – you’ll find the moon setting in the west when the day has already dawned. For several mornings after April 10, you’ll find the moon low in the west at sunrise, pale against the blue sky.

View the moon in your eastern sky before going to bed this week. From mid-northern latitudes, it’ll be ascending in the east about 1 1/4 hours later each evening, and setting in the west about 3/4 hour later each morning. These next several days, look for the moon low in your western sky right after sunrise. Day by day, the lighted portion of the waning gibbous moon will shrink. The half-lit last quarter moon will come on April 14, 2020.

The moon is up in the daytime much of the time. But, because it’s pale against the blue sky, it’s not as noticeable as the moon at night. However, there are certain times of the month when the daytime moon is more noticeable, and the coming week presents one of those windows. 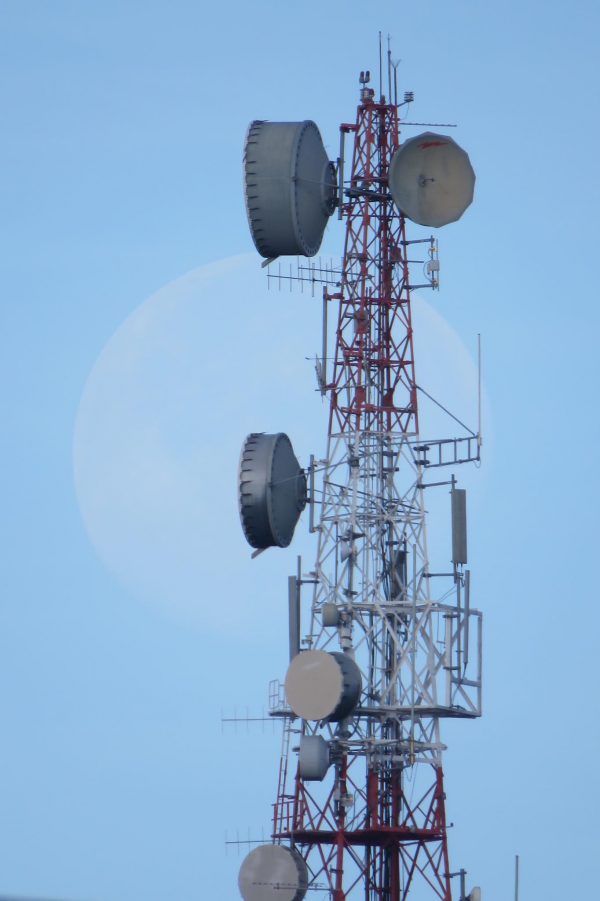 You’ll often miss the moon during the day because it’s so pale against the blue daytime sky. Look closely this week, especially in the hours after sunrise. Look west! You’ll see it. Our friend Jenney Disimon in Sabah, North Borneo, caught this daytime moon on January 4, 2018.

This week’s moon is noticeable simply because the moon is still showing us most of its lighted face; it appears large in our sky. Also, in the hours after sunrise, the moon is fairly near the western horizon, so people driving to work or school might catch sight of it.

Starting today, April 10, 2020, look for a daytime moon in your western sky after sunrise! 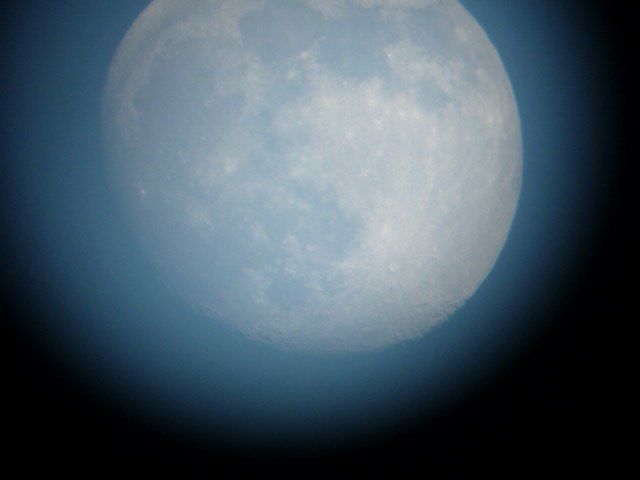 Bottom line: The moon is now in a waning gibbous phase. Beginning Friday morning, shortly after sunrise, you’ll see it floating pale and beautiful against a blue sky. Look west!