These upcoming mornings – September 26 and 27, 2019 – the old waning crescent moon and the star Regulus adorn the eastern sky before sunrise.

These upcoming mornings – September 26 and 27, 2019 – the waning crescent moon and the star Regulus adorn the eastern sky before sunrise. Astronomers will call the waning crescent, visible at dawn, an old moon. Regulus is a bright star and the brightest light in the constellation Leo the Lion. You might or might not be able to see in your sky that Regulus marks the bottom of a backwards question mark pattern of stars. This asterism is called The Sickle, and it marks the head and shoulders of Leo. Regulus is sometimes called The Heart of the Lion. The name Regulus means little king.

For your specific view of Regulus before sunrise, try Stellarium Online.

The moon is a harder to pin down, because it’s not a “fixed” star like Regulus. In fact, during the one day (24-hour) stretch from September 26 to 27, the waning crescent moon moves 15 degrees (30 moon-diameters) closer to the sunrise point on the horizon for everyone worldwide. Yet, the rising time of the moon depends on your latitude – and your longitude. 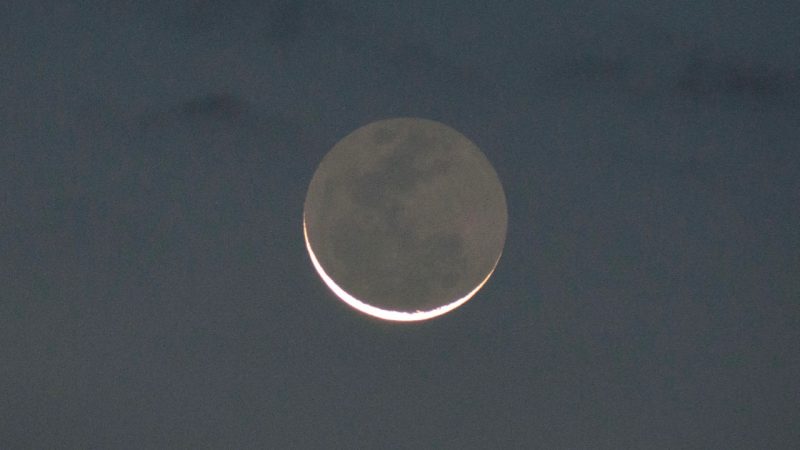 Here’s an old moon, caught by Amirul Syazani in Port Dickson, Malaysia in 2017. That glow on the darkened portion of the moon is called earthshine. It’s twice-reflected sunlight – sunlight reflected from the Earth to the moon, and then from the moon back to Earth. Watch for it on the moon in the coming mornings.

However, from everywhere worldwide, the moon will be harder to catch on September 27 than on September 26. That’s because the shrinking crescent looms closer horizon and is more deeply buried in the glow of morning twilight. 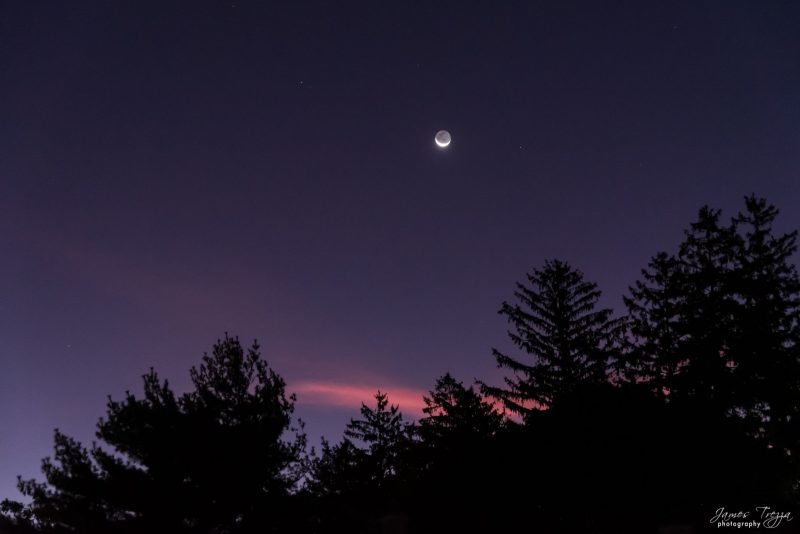 And here’s another factor that’ll determine how you’ll see the old moon and Regulus in the coming mornings. The waning crescent moon will be easier to spot from the Northern Hemisphere than from the Southern Hemisphere. That’s because the ecliptic – approximate monthly path of the moon in front of the constellations of the zodiac – hits the sunrise horizon at its steepest angle for the year around the time of the autumn equinox, which we just passed. Meanwhile, at the spring equinox, the ecliptic intersects the sunrise horizon at its shallowest angle of the year; that’s the case in the Southern Hemisphere now. 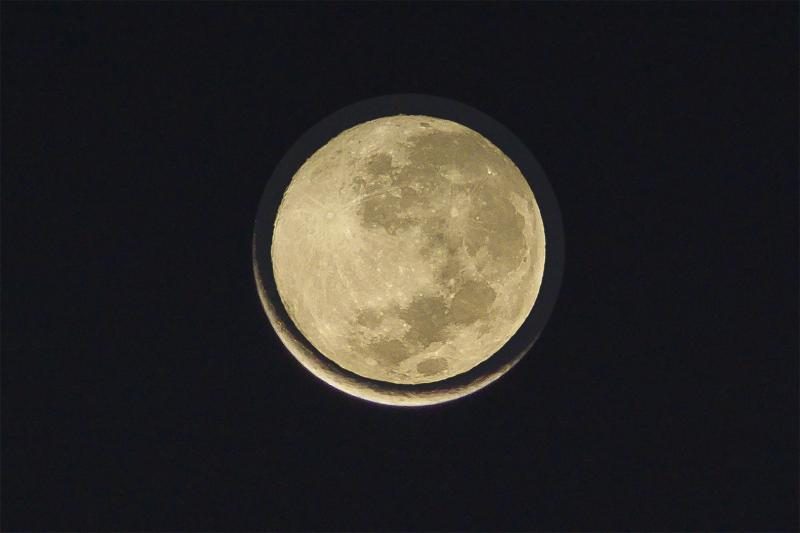 Peter Lowenstein superimposes the small June 2017 mini-moon (full moon at apogee, farthest from Earth for the month) with the slender lunar crescent, with its dark side covered over in earthshine, when at perigee (closest point to Earth). The most recent full moon on September 14, 2019, was a mini-moon, and two weeks later, the old moon will sweep to perigee (closest point to Earth) on September 28, 2019, at 2:27 UTC. The moon reaches perigee only 16 hours before the moon turns new on September 28, 2019, at 18:26 UTC. If, somehow, we could superimpose this September 2019 mini-moon onto the upcoming old crescent moon, it’d probably resemble Peter’s magnificent portrayal of a supermoon with a mini-moon. The size difference is proportionally comparable to that of a U.S. quarter versus a U.S. nickel.

Bottom line: Enjoy an early morning drama as the waning crescent moon swings past the star Regulus on the mornings of September 26 and 27, 2019.