Moon at first quarter on November 7 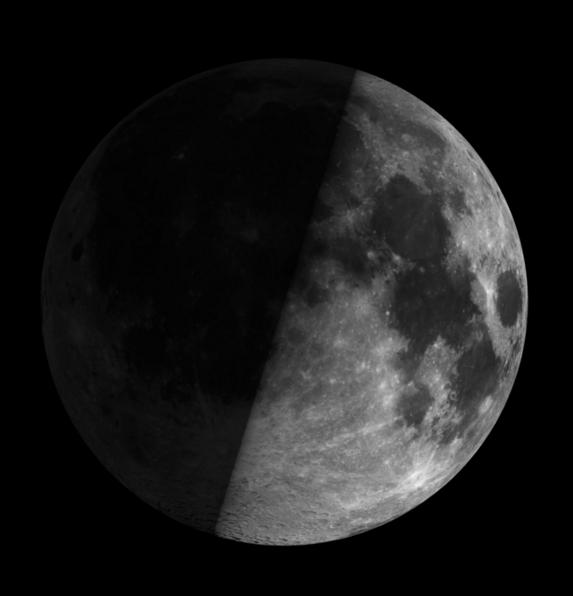 Folks in the eastern United States might still see the moon at the instant of first quarter moon, because it’ll appear low in their southeast sky in the early afternoon. Click here to find out the moonrise time in your sky, remembering to check the moonrise and moonset box.

Generally speaking, a first quarter moon climbs highest up for the day about six hours after the noonday sun. It sets in the middle of the night. 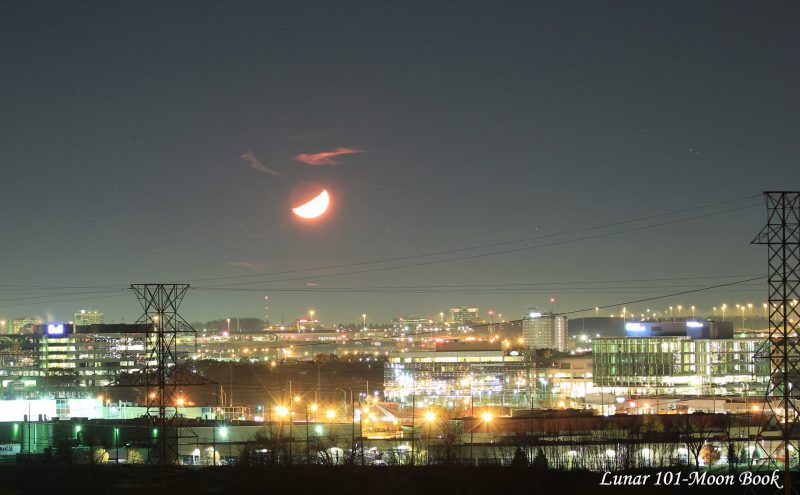 Setting moon on November 6, 2016 from our friend Lunar 101-Moon Book. The November 6 moon was a waxing crescent. First quarter moon comes on November 7.

The moon or any celestial body is said to be at quadrature whenever the sun, Earth and that celestial body (in this case, the moon) make a right angle in space, with Earth at the vertex of this 90o angle. 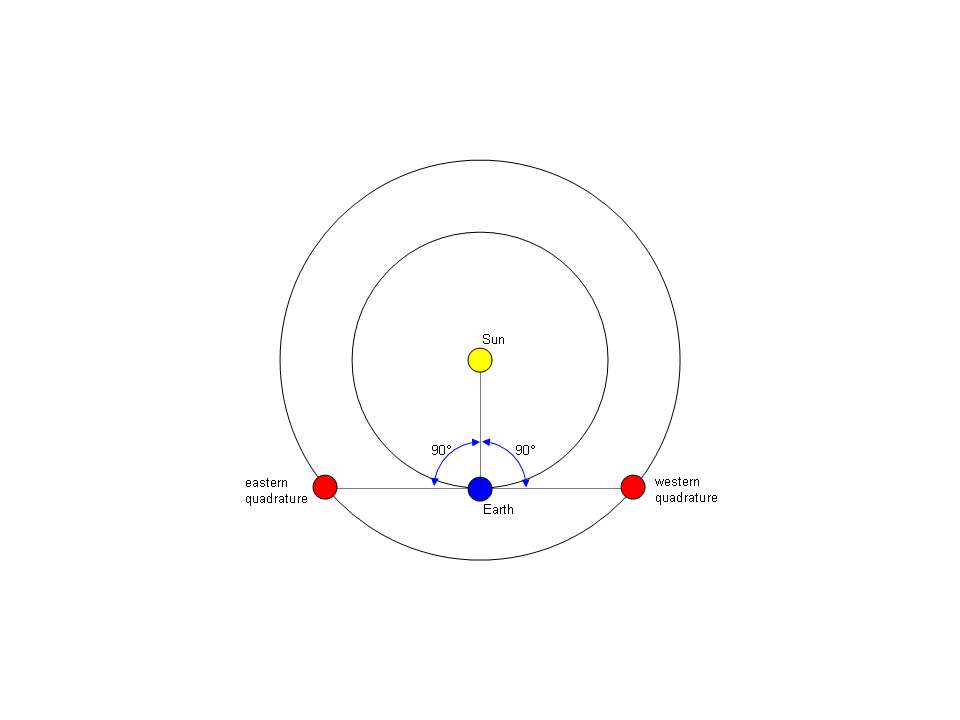 Example of a planet, such as Mars, at eastern and western quadrature. Earth is at the vertex point as Mars, Earth and sun form a right angle in space. Image via Wikipedia.

At full moon, the moon is 180o from the sun, with the moon, Earth and sun making a straight line in space. The diagram below helps to illustrate:

On the other hand, when the moon is waning from full moon to new moon, the lunar terminator shows you where its sunset on the moon. But if you could view the far side of the moon at this juncture, the terminator would show you the sunrise line.

Bottom line: Enjoy the moon on November 7, 2016, as it exhibits its first quarter phase.