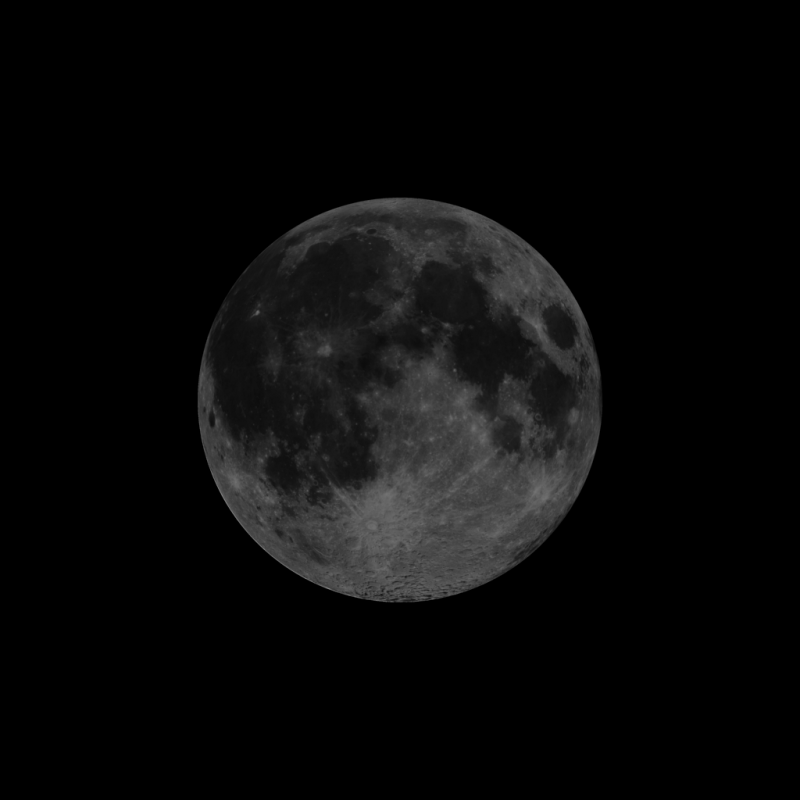 The December 18, 2017 moon is new, or most nearly between the Earth and sun for this month. Astronomers mark the beginning of each lunar month, a period of approximately 29.5 days, at new moon. Lunar months are slightly different lengths, however, and this particular new moon ushers in the longest lunar month of the 21st century (2001 to 2100).

A lunar month (also called a lunation or synodic month) is defined as the period of time between successive new moons. Although the mean length of the lunar month lasts 29.53059 days (29d 12h 44m 03s), this upcoming lunar month will be more than 7 hours longer than the mean, having a duration of 29 days 19 hours 47 minutes.

By the way, it’s no coincidence that the new moon on December 18, 2017, and the following new moon on January 17, 2018, coincide quite closely with lunar apogee – the moon’s most distant point from Earth in its monthly orbit.

All these events – successive new moons near apogee and Earth at perihelion – add up to give us the longest lunar month of the 21st century. Click here for an explanation.

Botton line: Lunar months are roughly 29.5 days. The one between the December 18, 2017 and January 17, 2018 new moons will be 7 hours longer than the mean. It’ll be this century’s longest lunar month.

Thank you! Your submission has been received!
Oops! Something went wrong while submitting the form.
END_OF_DOCUMENT_TOKEN_TO_BE_REPLACED