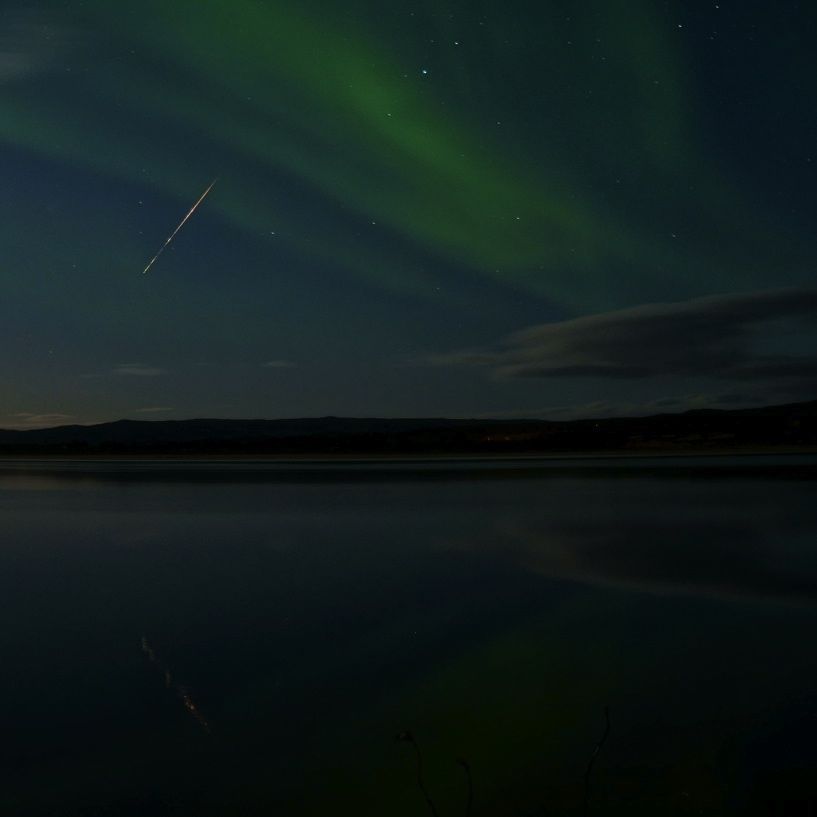 Draco the Dragon is now spitting out meteors, also known as shooting stars. This is one shower that’s best to watch at nightfall or early evening, not after midnight. No matter where you are on Earth, watch as close to nightfall as possible. The shower is active between October 6 and 10. The best evening to watch is likely October 7. This shower favors the Northern Hemisphere, but Southern Hemisphere observers might catch some Draconids, too. Fortunately, the waning gibbous moon won’t rise until mid-to-late evening. Look for these meteors for a few hours, starting at nightfall.

Even at northerly latitudes, the Draconids are typically a very modest shower, offering only a handful of slow-moving meteors per hour. But exceptional displays have taken place over the years. The Draconid meteor shower produced awesome meteor displays in 1933 and 1946, with thousands of meteors per hour seen in those years. European observers saw over 600 meteors per hour in 2011.

Two years ago, in 2018, was also a favorable year because the new moon closely aligned with the peak date of the Draconids. But that’s not all. The Draconids’ parent comet – 21P/Giacobini-Zinner – reached perihelion, its closest point to the sun, in 2018, coming closer to Earth than it had in 72 years.

Those two factors added up to an outburst of Draconids for Europe in 2018. No outburst is expected this year. But meteor showers are notorious for defying the most carefully crafted forecasts. So you never know for sure what’s up in a meteor shower unless you look. 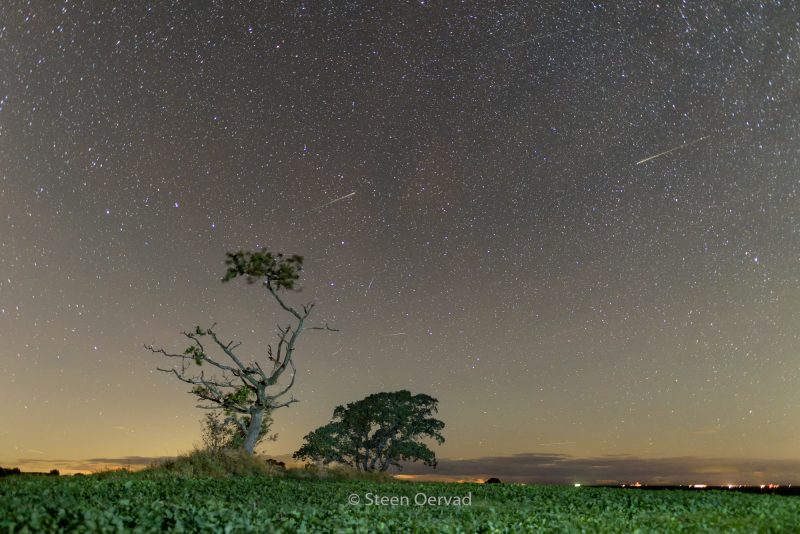 By the way, 21P/Giacobini-Zinner is a periodic comet, which returns near the sun every 6 years and 4 months. Tracking this comet, and noting this October meteor shower, helped astronomers figure out how to predict meteor showers in 1915.

For a taste of history related to this shower, go to the Astronomy Abstract Service from the Smithsonian and NASA and find a 1934 article called The Meteors from Giacobini’s Comet by C.C. Wylie. It’s a fascinating account of the famed meteor storm of 1933. 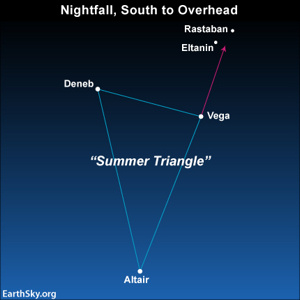 Draconids radiate from near the Dragon’s Eyes: the stars Eltanin and Rastaban. Familiar with the Summer Triangle? Draw an imaginary line from Altair through Vega and it will point to them. 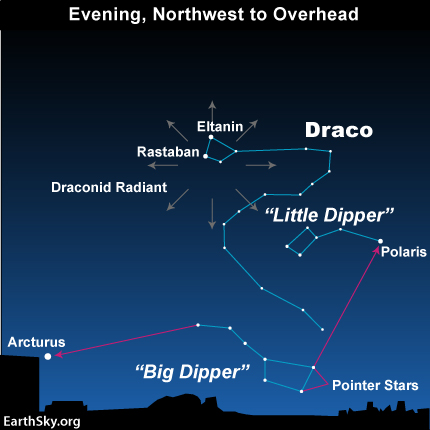 The radiant point of the Draconid meteor shower is highest in the north at nightfall in early October. That’s why this meteor shower is best in early evening – not after midnight – as seen from around the world.

Bottom line: In 2020, the Draconid meteor shower – also called the Giacobinids – will probably be at its best on the evening (not after midnight) of October 7. Try the evening of October 8, too. Watch for these meteors as soon as darkness falls, and take advantage of the moon-free hours at nightfall and early evening. By the way, there are more meteor showers ahead! Check out EarthSky’s 2020 meteor guide.