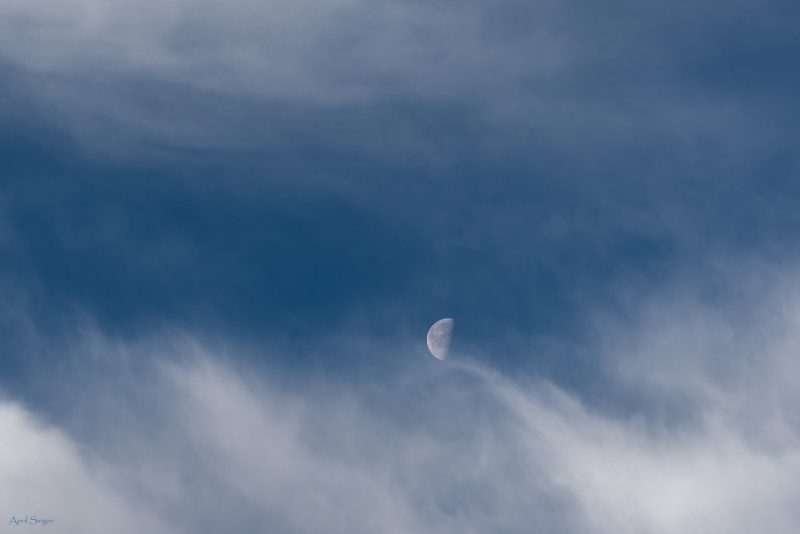 Find out which constellation of the zodiac backdrops the moon at Heavens-Above.

Want to find out when the moon rises and reaches its last quarter phase in your part of the world? Visit Sunrise Sunset Calendars, remembering to check the moon phases and moonrise and moonset boxes.

A quarter moon happens whenever the sun-Earth-moon angle makes a right angle in space, with our planet Earth being at the vertex of this right angle. Image via Wikipedia.

By definition, the moon is at western quadrature – 90 degrees west of the sun in ecliptic longitude – at last quarter moon. Therefore, the last quarter moon assumes the sun’s position on the zodiac for 1/4 year (three months) previously, or where the sun was residing on or near January 4. In early January, the short winter days provide considerably less than 12 hours of sunlight at northerly latitudes, and, at southerly latitudes, the long summer days feature considerably more than 12 hours of sunlight.

Bottom line: Celebrate the year’s southernmost last quarter moon by getting up early on April 4, 2021, and looking for the half-lit moon.