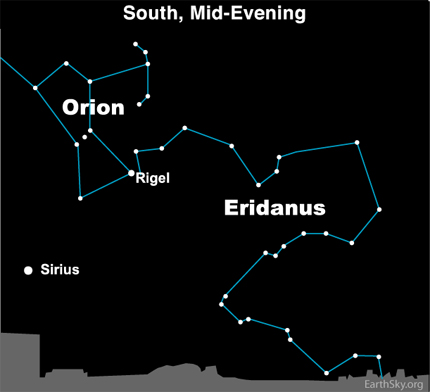 You’ll need a very dark sky to see Eridanus the River. You won’t see this one from the city, or even the suburbs. The River begins near the star Rigel in the constellation Orion the Hunter and wells up in a great loop before ambling back down toward the southern horizon.

Eridanus is one of the longest and faintest constellations. It’s variously said to represent the Nile in Egypt, Euphrates in western Asia, or the River Po in Italy. Eridanus is also sometimes called the River of Orion, or River of Ocean. In Homer’s day in ancient Greece, it was thought that the River of Ocean encircled a flat Earth.

Why search for such a faint constellation? Only because it’s very beautiful. And seeing Eridanus – understanding its association with a river in the minds of the early stargazers – can give you a kinship with those stargazers from centuries ago.

From most of the U.S., the River disappears below the southern horizon. But if you live at a very southerly latitude in the U.S., you can see a special sight: the star that represents the end of the River. This star is named Achernar. 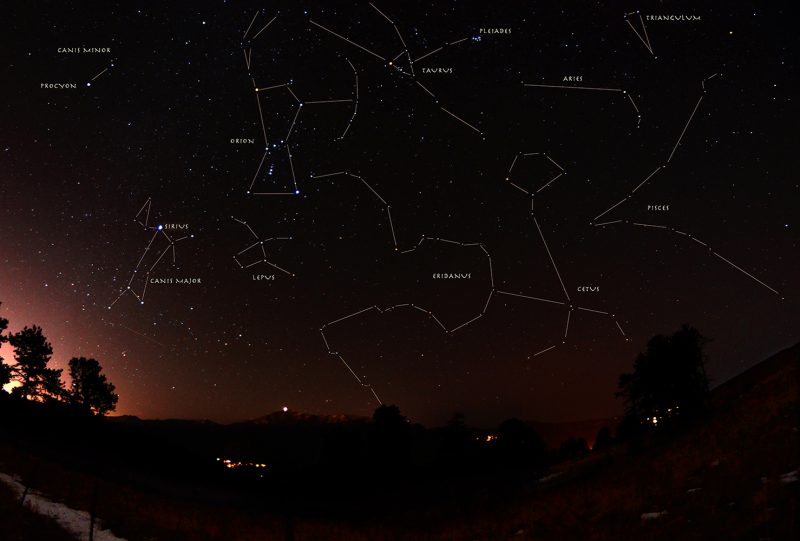 Stephanie Longo in Woodland Park, Colorado, submitted this image to EarthSky, which she captured on December 30, 2016. She wrote: “We took this image looking south towards Pikes Peak to capture Orion, but realized after reading about Eridanus that most of Eridanus is also visible above the horizon. I labeled the other constellations to help me correctly trace Eridanus.” Thanks so much, Stephanie! 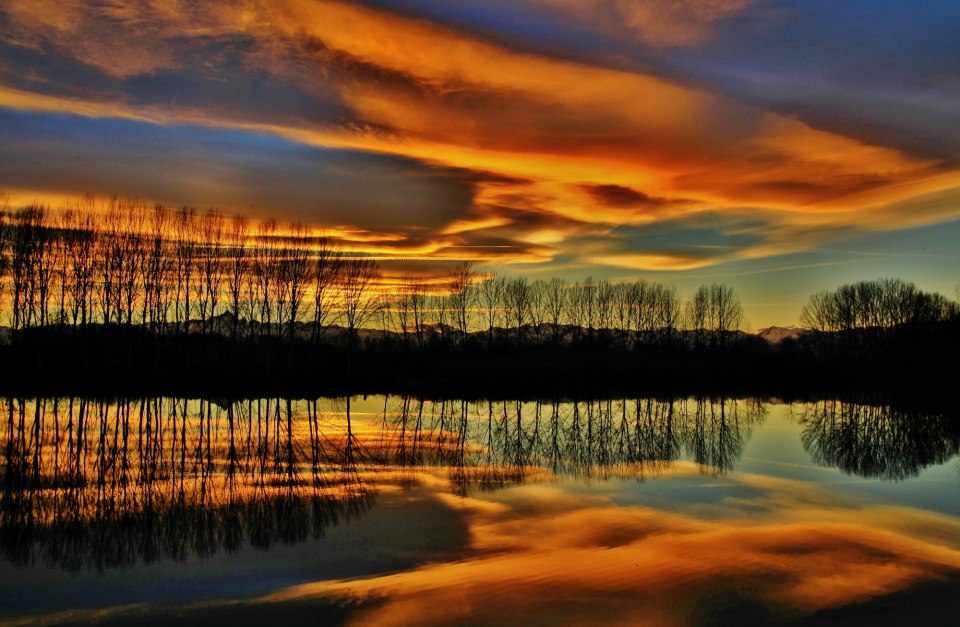 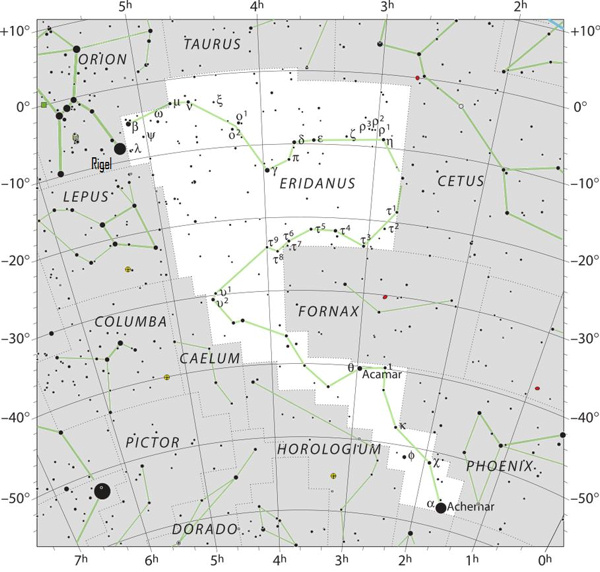 View a larger chart. | The constellation Eridanus the River.

Bottom line: Can you find the long, meandering river of stars called Eridanus in your sky? Be sure to look from a dark location.

Star Achernar marks the end of the River