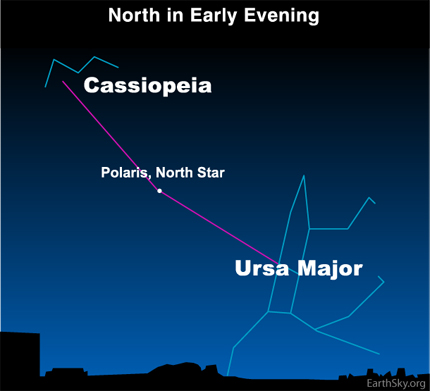 Tonight, look for the northern sky’s two most prominent sky patterns – the constellation Cassiopeia the Queen and the Big Dipper. Both circle around Polaris, the North Star, once a day. They are opposite each other, one on either side of the North Star.

Best New Year’s gift ever! EarthSky moon calendar for 2021. Only a few left!

And, of course, Ursa Major the Greater Bear – which contains the Big Dipper asterism – is one of the most famous of all star patterns. At nightfall this month, Cassiopeia shines high in the north while the Dipper lurks low. They are always on opposite sides of the North Star. From the southern half of the U.S., the Big Dipper is actually partially or totally beneath the horizon this month in the evening hours. North of about 40 degrees north latitude (the latitude of Denver, Colorado), the Big Dipper always stays above the horizon (if your horizon is level). 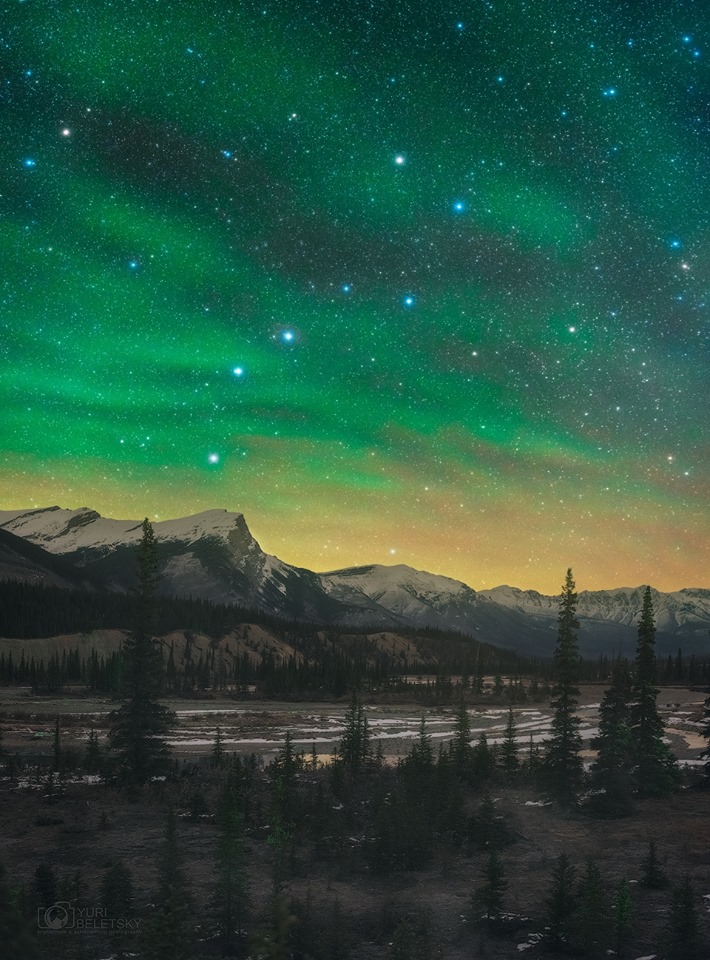 Image of the Big Dipper via Yuri Beletsky Nightscapes.

That’ll change as night passes, as the great carousel of stars wheels westward (counterclockwise) around Polaris, the North Star. Polaris resides halfway between Cassiopeia and the Big Dipper, so these two star formations are like riders on opposite sides of a Ferris wheel. Looking northward, they rotate counter-clockwise around Polaris – the star that marks the sky’s north celestial pole – once a day. Approximately every 12 hours, as Earth spins beneath the heavens, Cassiopeia and the Big Dipper trade places in the sky.

Bottom line: Watch the celestial clock and its two great big hour hands – Cassiopeia and the Big Dipper – as they swing around the North Star every night!