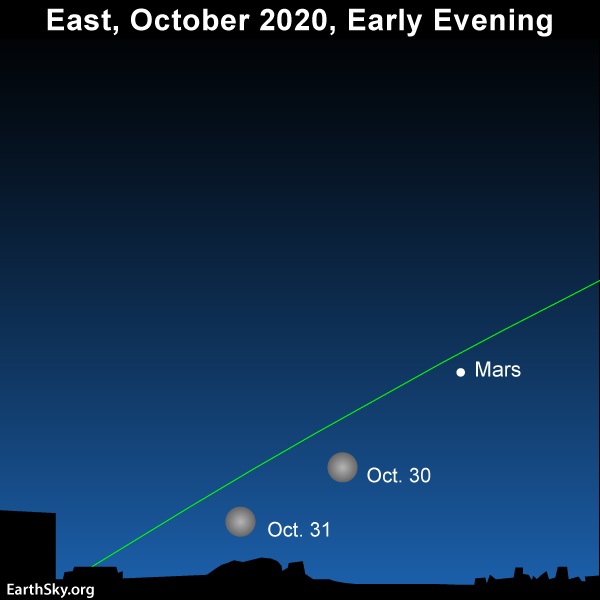 The first of this month’s two full moons fell on October 1, and the second one – for most of the world – falls on October 31 (Halloween). Halloween also marks 2020’s fourth and final cross-quarter day – the spookiest of the four – known in earlier times as All Hallows Eve and to us in North America as Halloween. By popular acclaim, the second of two full moons in a single calendar month is called a Blue Moon. Thus we have a Blue Moon this Halloween, but that’s not all. On this Halloween, bright red Mars – now just past its closest approach to Earth in two years – will appear in the sky near the full moon.

Blue Moon. Red Mars. How can you resist?

Of course, this October 31 full moon is blue in name only. The moon won’t really appear blue in color.

Still, it’s a full moon you won’t want to miss! It’ll be the last full moon to fall on Halloween until October 31, 2039. And red Mars nearby is a special treat, especially since Mars is rarely this bright as seen from Earth.

See the phase of the moon for every day in 2021 on EarthSky’s lunar calendar. Order yours before they’re gone. Makes a great gift!

The October 2020 Blue Moon won’t be blue in color. It’s just the 2nd of 2 full moons in a calendar month … blue in name only. This photo was made using a blue filter. It’s from Flickr user different2une. 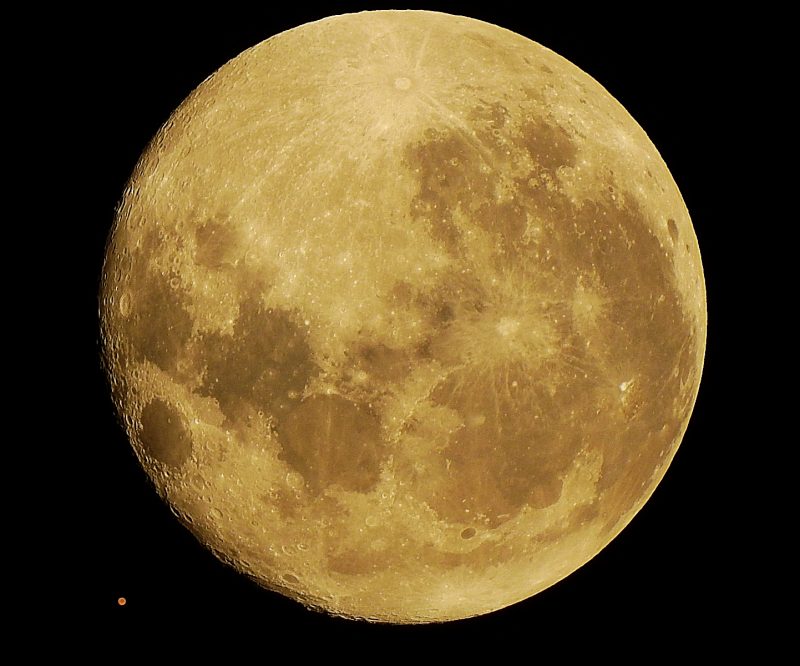 View at EarthSky Community Photos. | This is more like the moon you’ll see on October 31, 2020, if you happen to catch it low in the sky. A low moon looks reddish or orangish because, at that time, you’re looking at the moon through an extra thickness of Earth’s atmosphere. Helio C. Vital in Rio de Janeiro, Brazil, captured Mars very close to the moon on October 2, 2020. In this photo, Mars is about in the 8 o’clock position. On that night, as seen from Helio’s location, Mars very nearly had a grazing occultation by the moon. Only 4 arcminutes separated Mars from the lunar limb. See more photos of bright Mars, recently at its best in 2 years.

Astronomically speaking, however, full moon happens at the instant the moon is directly opposite the sun (180 degrees from the sun in celestial longitude). This full moon moment comes on October 31, at 14:49 UTC (10:49 a.m. EST, 9:49 a.m. CST, 8:49 a.m MDT, 7:49 a.m. PDT, 6:49 a.m. Alaskan Time and 4:49 a.m. Hawaiian Time). The difference in time zones means it’s not the second October full moon for everyone. For eastern Australia and New Zealand, this upcoming full moon is actually the first of two November 2020 full moons. 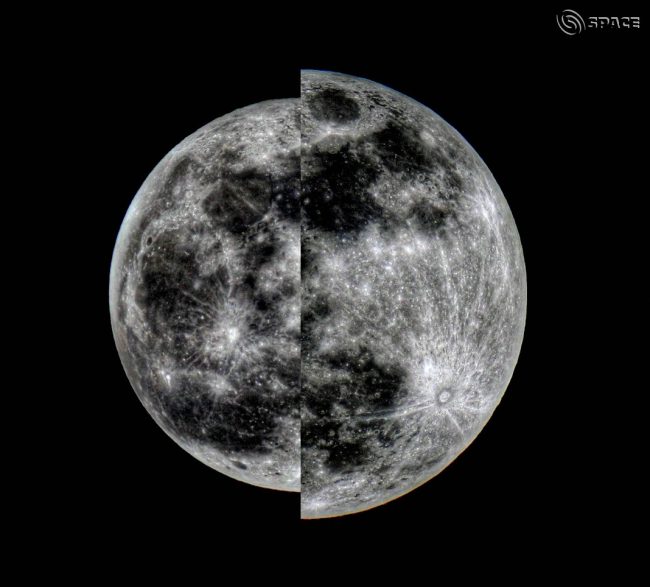 Every 19 years, the phases of the moon recur on (or near) the same calendar dates. Sure enough, looking 19 years into the future, we find the second full moon in October 2039 falling right on Halloween (October 31, 2039).

However, if a February within this 19-year period has no full moon at all – as is the case in February 2037 – that means this extra eighth full moon must fall into the lap of another calendar month, as well. Therefore, the year 2037 actually sports two Blue Moons, in January and March of 2037, giving us a total of eight Blue-Moon months in the upcoming 19-year Metonic cycle:

Because calendar months and lunar months are not equal, the discordance between the two creates a calendar oddity known as the Blue Moon. So enjoy the spooky dissonance of this Halloween Blue Moon, the last full moon to fall on Halloween until October 31, 2039! 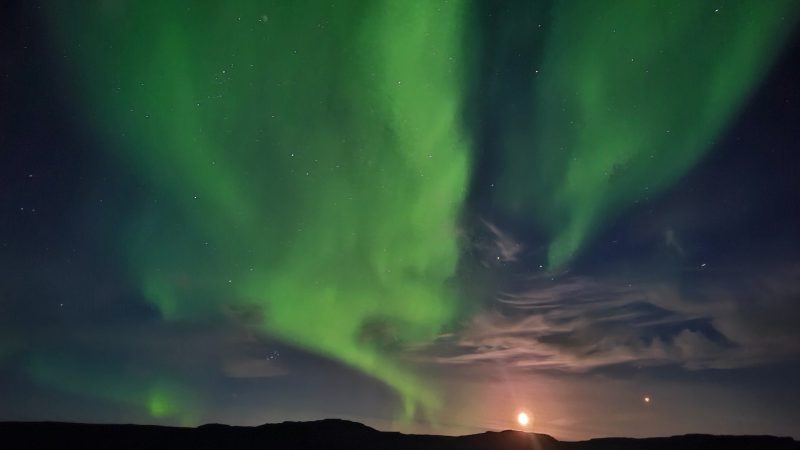 View at EarthSky Community Photos. | Abigail Atienza caught a waning gibbous moon – a moon just past full – and the red planet Mars (on the right) with the northern lights in Iqaluit, Nunavut, Canada, on September 6, 2020. Thank you, Abigail! See more photos of bright Mars, recently at its best in 2 years.

Bottom line: The full moon of October 31, 2020, is the second full moon of a calendar month and therefore carries the name Blue Moon. It’s also the smallest full moon of 2020. And it’s near red Mars! Watch for it.