More space views of the eclipse

Primeval and technological wonder meet. A collection of the best images we saw, from a variety of space-based observing platforms. 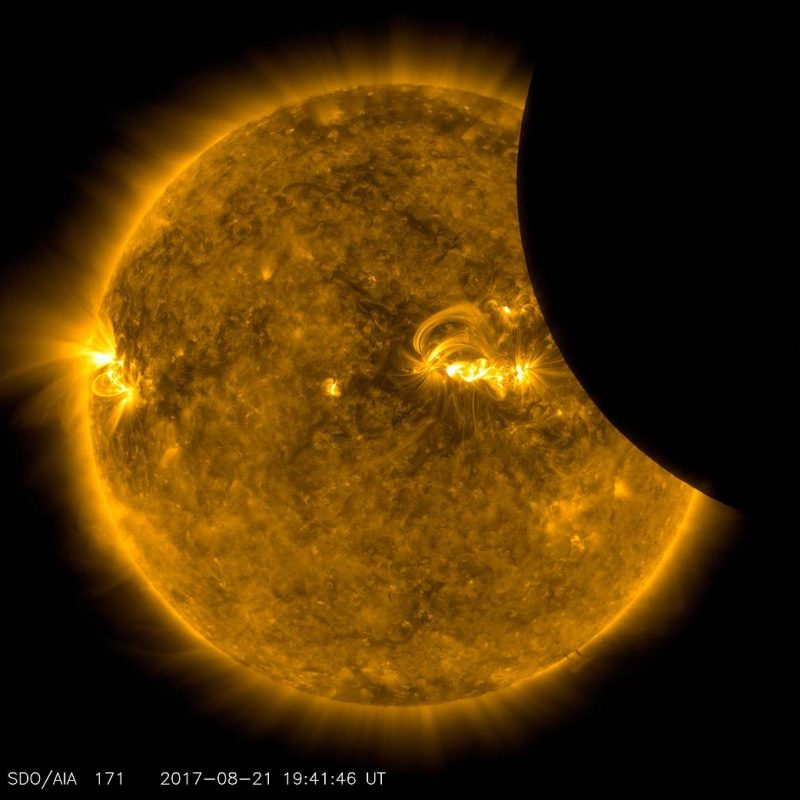 Image of the moon transiting the sun, taken by the Solar Dynamics Observatory in 171 angstrom extreme ultraviolet light on August 21, 2017. Image and caption via NASA/ SDO. 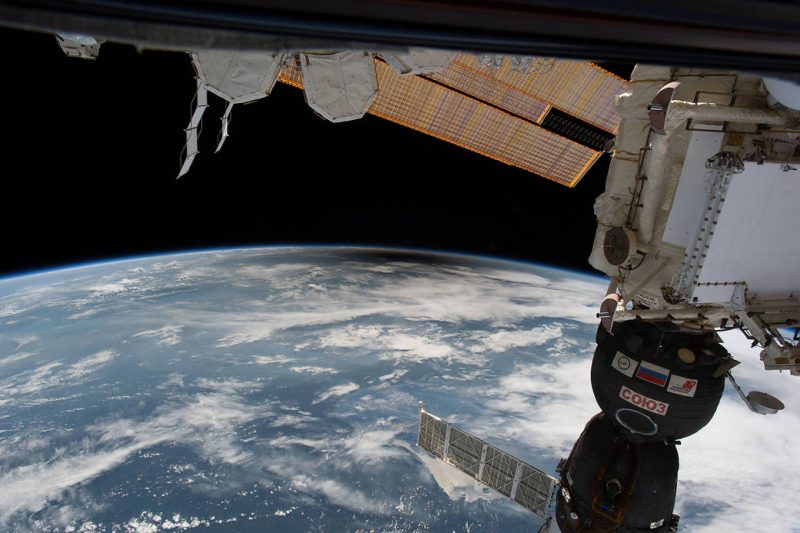 As millions of people across the United States experienced a total eclipse as the umbra, or moon’s shadow passed over them, only 6 people witnessed the umbra from space. Viewing the eclipse from orbit were NASA’s Randy Bresnik, Jack Fischer and Peggy Whitson, ESA (European Space Agency’s) Paolo Nespoli, and Roscosmos’ Commander Fyodor Yurchikhin and Sergey Ryazanskiy. The space station crossed the path of the eclipse 3 times as it orbited above the continental United States at an altitude of 250 miles. NASA provided this image and caption. Read more about ISS and the eclipse here.

From a million miles out in space, NASA’s Earth Polychromatic Imaging Camera (EPIC) captured 12 natural color images of the moon’s shadow crossing over North America on August 21. EPIC is aboard NOAA’s Deep Space Climate Observatory (DSCOVR), where it photographs the full sunlit side of Earth every day. EPIC normally takes about 20 to 22 images of Earth per day, so this animation appears to speed up the progression of the eclipse. Image and caption via NASA EPIC Team. 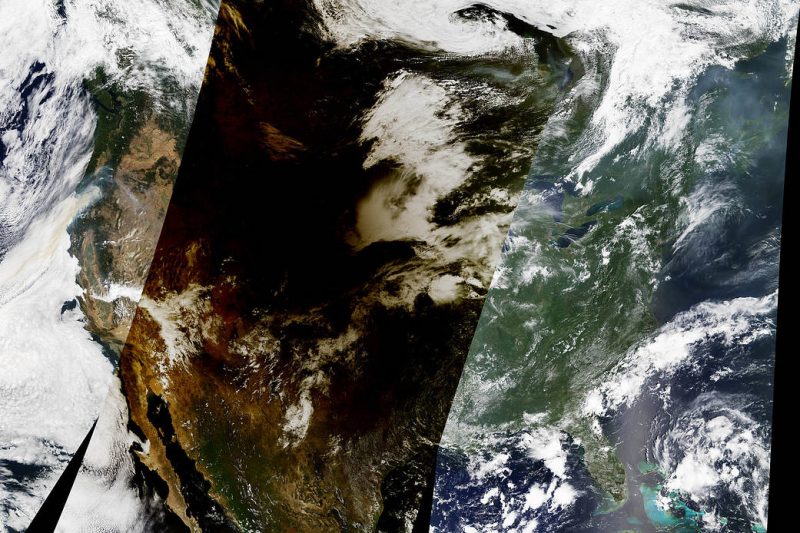 The Moderate Resolution Imaging Spectroradiometer (MODIS) sensor on the Terra satellite captured this mosaic comprised of data collected at 3 different times. The right third of the image shows the eastern United States at about 12:10 p.m. Eastern Time (16:10 Universal Time), before the eclipse had begun. The middle part was captured at about 12:50 p.m. Central Time (17:50 Universal Time), when the eclipse was in progress in the center of the country. The left third of the image was collected at about 12:30 p.m. Pacific Time (19:30 Universal Time), after the eclipse had ended. Terra has a polar orbit and the MODIS sensor collects imagery in swaths that are roughly 1,450 miles (2,330 km) wide. Image and caption via NASA Earth Observatory/ Joshua Stevens and Jesse Allen, using MODIS data.

Bottom line: A collection of the best images we saw, from a variety of space-based observing platforms, of the August 21, 2017 total solar eclipse.