Moon and Venus on mornings of April 25 and 26

The moon and Venus are the second- and third-brightest objects in Earth’s sky, after the sun. You’ll see them together now in the east before dawn. 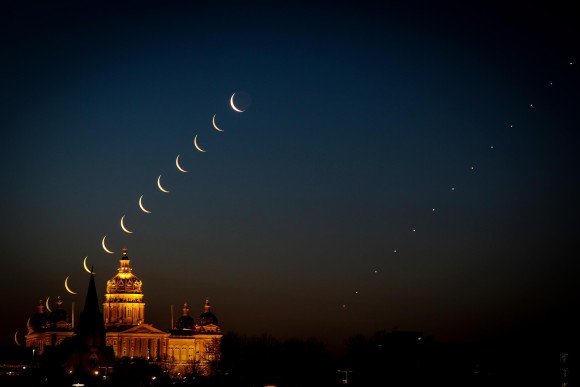 Brian Abeling created this time lapse sequence on the morning of April 26. He wrote, “A time lapse sequence of the Moon and Venus from this morning rising over the Iowa State Capitol in Des Moines, Iowa. A photo was taken approximately every three minutes and then compiled together into this final shot.”

The waning crescent moon has been sweeping past the sky’s brightest starlike object – the planet Venus – in the eastern predawn sky. They were closest on Friday morning – April 25, 2014 – but many caught them on Saturday, too. Click here for a chart and info about Saturday’s moon and Venus.

If you’re in Australia, you have a partial solar eclipse next week! 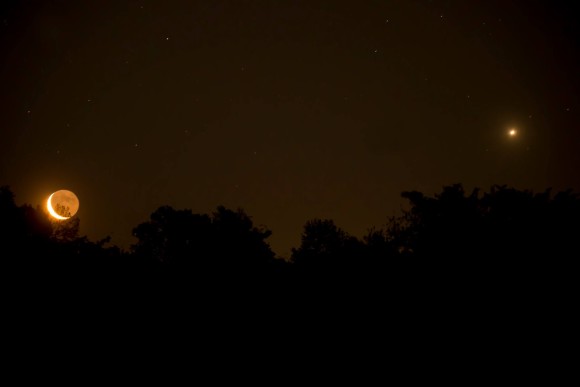 Ken Christison caught the moon and Venus on the morning of April 26. Thank you, Ken. 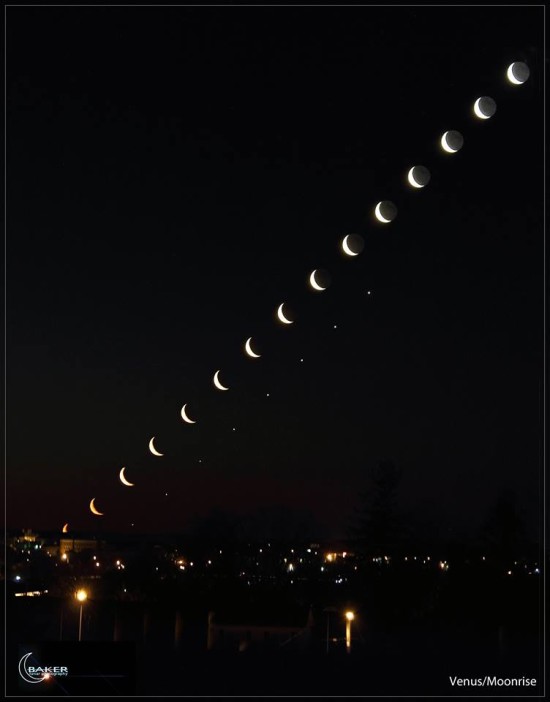 Here’s another timelapse sequence, by Jacob Baker, created on the morning of April 25. He said it took him about three hours to complete. “Phew!” he said. It was worth it, Jacob. Thank you! 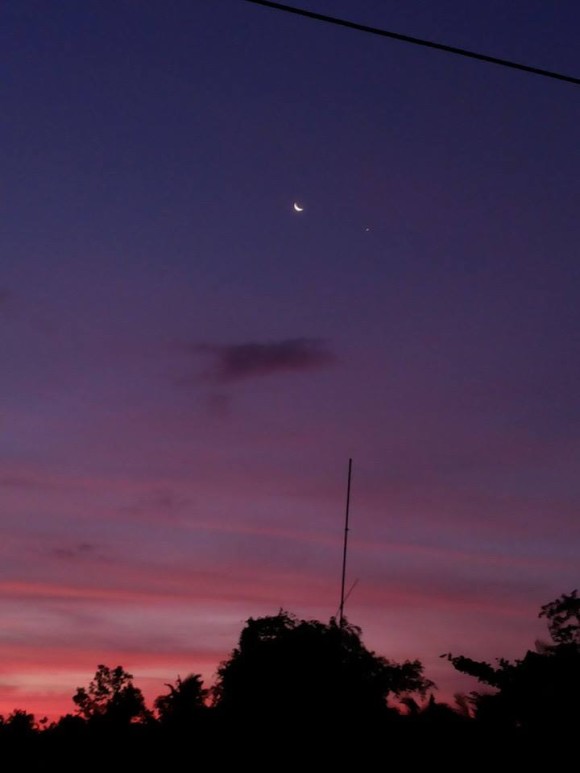 Moon and Venus as captured on April 26 by Novito Miranda Magsino at Brgy Banga, Talisay, Batangas, Philippines. Thank you, Novito. 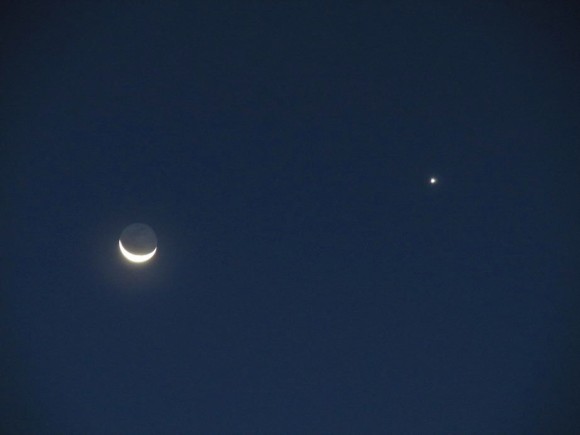 Moon and Venus on April 26, 2014 as seen by Amrizal Rocketman in Yogyakarta, Indonesia. Thank you, Amrizal. 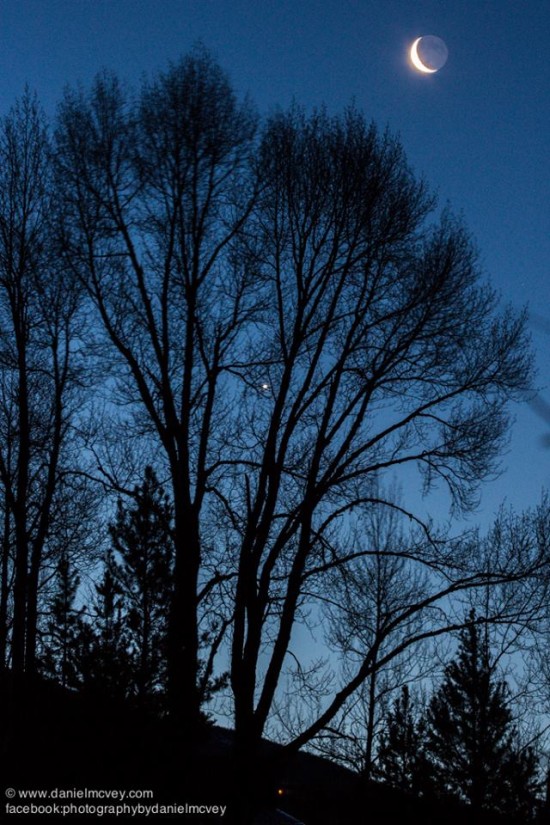 Daniel McVey captured the moon and Venus in Silverthorne, Colorado. Thank you, Daniel. Visit Photography by Daniel McVey on Facebook. 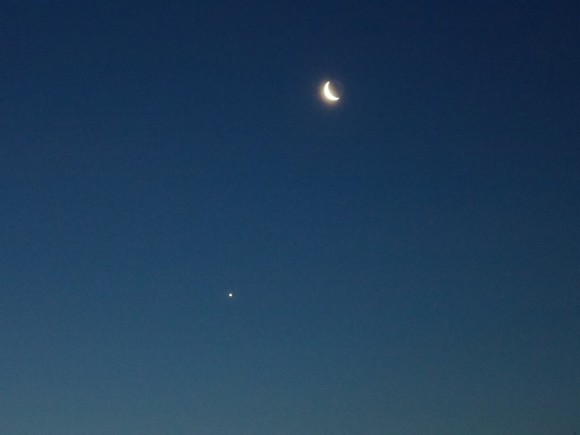 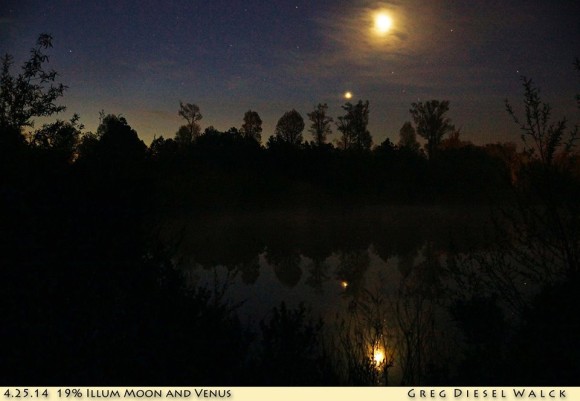