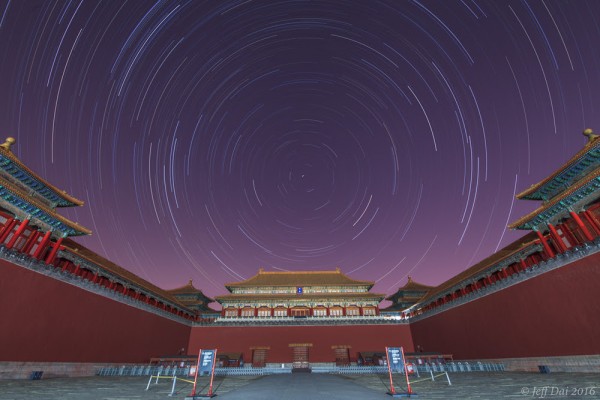 Jeff Dai captured these star trails around the north celestial pole and North Star – Polaris – in a time-exposure image capturing the passage of the time above the Forbidden City in Beijing, China.

The Purple Forbidden City, a world heritage site today, served as the home of Chinese emperors and their households, as well as the ceremonial and political center of Chinese government, for almost 500 years.

The Purple Forbidden City is a name with significance in ancient Chinese astronomy. Purple refers to the North Star (pictured in the center of the startrails). In ancient China, it was called the Ziwei Star, and in traditional Chinese astrology was the heavenly abode of the Celestial Emperor. The surrounding celestial region, the Purple Forbidden Enclosure (pictured below) was considered the realm of the Celestial Emperor and his family.

The Forbidden City, as the residence of the terrestrial emperor, was its earthly counterpart. 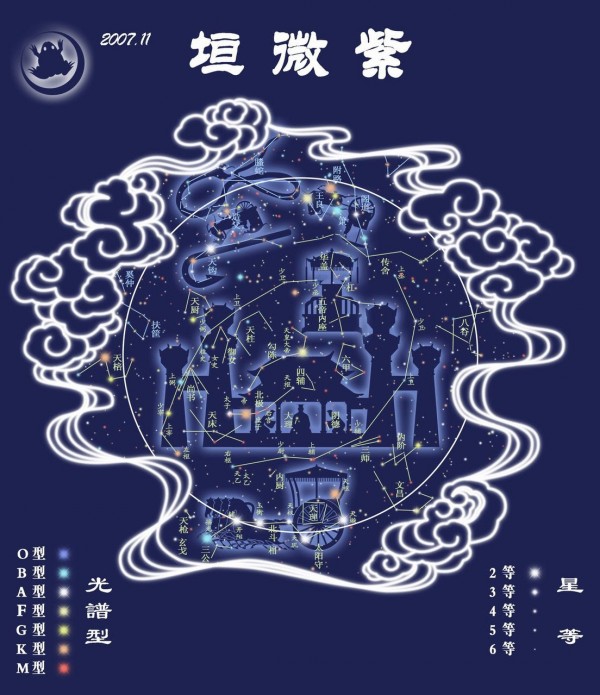 View larger. | In traditional Chinese astronomy, a large area in the northern sky was known as the Purple Forbidden Enclosure. It was considered the realm of the Celestial Emperor and his family.

Bottom line: A photo shows star trails above the Forbidden City – former residence of the Chinese emperor – in Beijing, China. It’s accompanied by an image showing the Purple Forbidden Enclosure, the celestial counterpart of the Forbidden City.