Night launches are always fun, and this October 7 launch by SpaceX – from Vandenberg Air Force Base, north of Los Angeles, California – generated more than its fair share of awesome images. 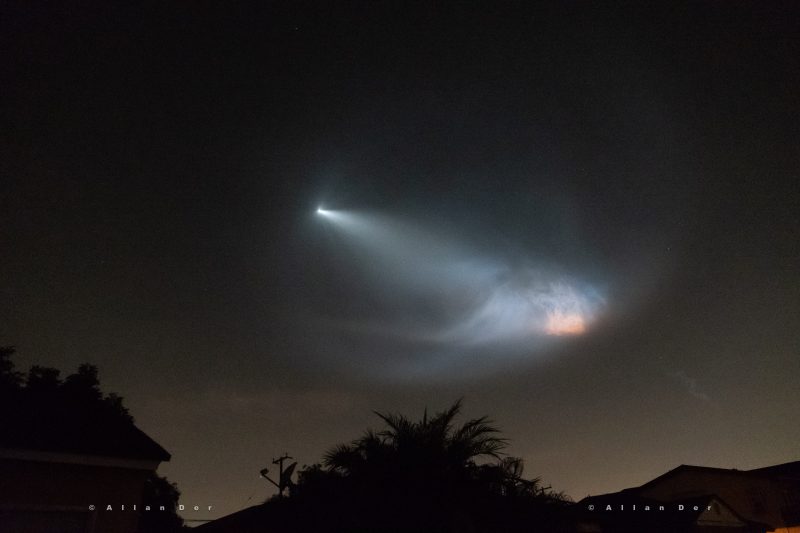 Allan Der sent in this photo from Downey, California, on October 7, 2018: “SpaceX Falcon 9 first stage rocket. I was not expecting to shoot the event, but happen to have my camera handy.”

SpaceX executed a successful night launch and subsequent landing of its Falcon 9 rocket late Sunday – October 7, 2018 – from Vandenberg Air Force Base about 158 miles (254 km) north of Los Angeles, California. The lift-off came at its scheduled time of 7:21 p.m. local time. Wow! The photos are great! It must have been quite a sight. The rocket also succeeded in delivering the Earth-observation radar satellite SAOCOM-1A into orbit for Argentina’s national space agency. It was the first attempted ground landing of the Falcon 9 on the West Coast. Previous re-capture missions from Vandenberg have landed the rocket on a barge floating in the Pacific Ocean about 400 miles (650 km) out to sea.

Four more pics from the @SpaceX launch. Surreal doesn't begin to describe it. A bloody meteor exploded into a cyan and magenta nebula, which stared at us with hypnotic, spiral eyes, before vanishing into a comet. #Falcon9 #SpaceX #SAOCOM1A @elonmusk #SAOCOM #launchday pic.twitter.com/6pT92iBtUK

#SpaceX’s #Falcon9 rocket launches #SAOCOM1A from Vandenberg Air Force Base this evening. Seen is the rocket’s second stage heading toward orbit. Occurring shortly after sunset, portions of the rocket's flight were beautifully illuminated by the already-set sun. pic.twitter.com/RAyKsE6z0b

Ummm this @SpaceX display in the sky above Santa Monica right now is totally crazy and beautiful pic.twitter.com/rDgeuItBpe 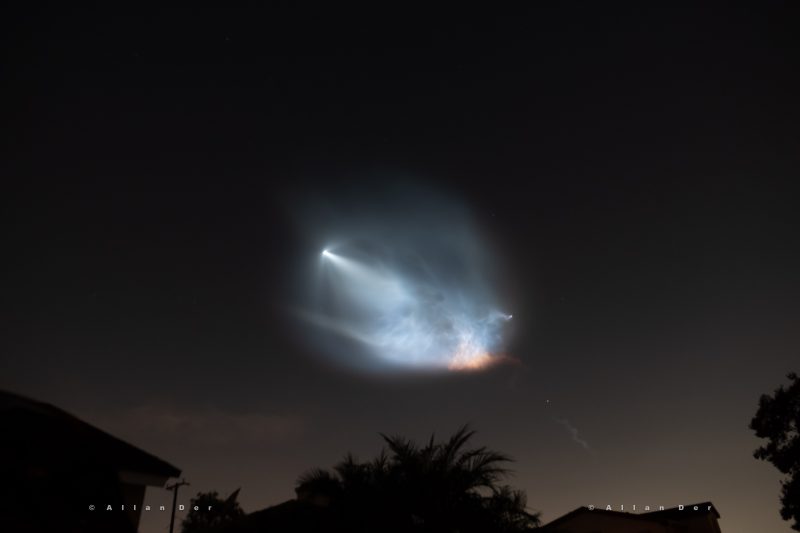 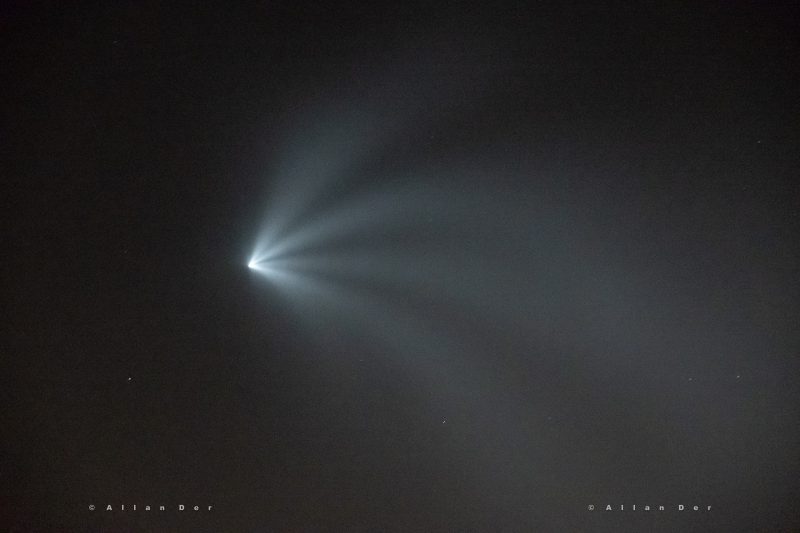 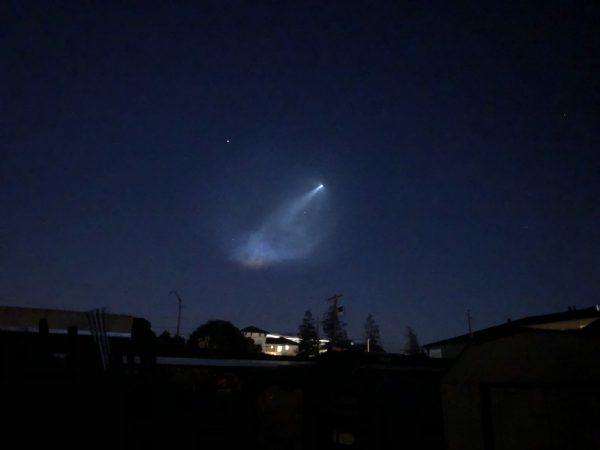 This image is from Imgur. It’s the October 7 SpaceX landing with Mars in the background. “I feel so excited for the future. I want to go there,” wrote the photographer, who captured the image with an iPhone.

Bottom line: Photos from the October 7, 2018 launch and landing of SpaceX’s Falcon 9 rocket, from Vandenberg AFB in California.