The OSIRIS-REx spacecraft – launched from Earth in September 2016 – has begun acquiring images of the mission target, primitive asteroid Bennu. 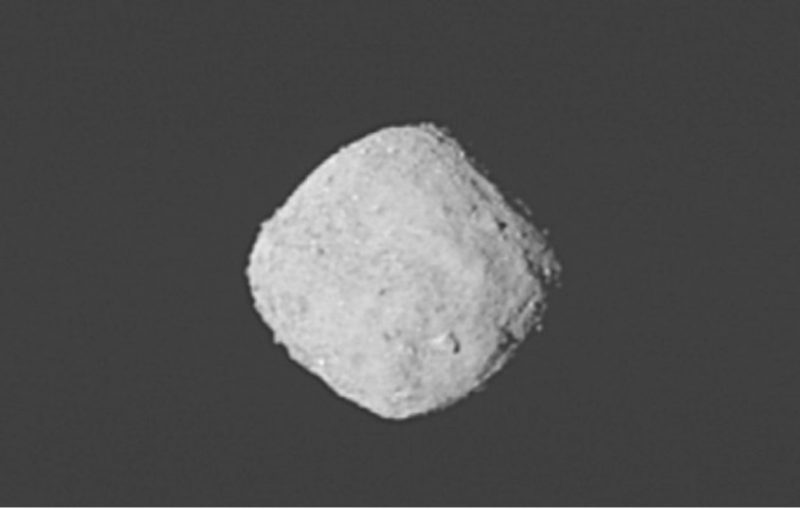 Image of asteroid Bennu created using 8 images obtained on October 29, 2018, by the OSIRIS-REx spacecraft from a distance of 205 miles (330 km). Image via NASA/Goddard/University of Arizona/IAC.

NASA’s first mission to a near-Earth asteroid – 101955 Bennu – is now on its final approach, due to arrive December 3. The image above is one of the first to appear of the asteroid, processed by researchers from the Instituto de Astrofísica de Canarias (IAC), who are part of the mission’s scientific team. Javier Licandro and Julia de León of the IAC started working on the calibration of this image in preparation for the ones that will be obtained in December 2018, using color filters. A statement from IAC explained:

These first images of Bennu present a remarkable similarity with the ones recently obtained by the JAXA Hayabusa2 mission of another primitive asteroid, Ryugu. The fact that the Japanese mission has reached its target a little ahead of us turns out to be extremely interesting, as we can now interpret our results and compare to the results obtained by another mission almost on real time.

The studies done by the IAC team will also help to select the region on the surface of the asteroid where a sample will be collected. The sample will be returned back to the Earth in 2023.

The size of asteroid Bennu, which is 1,614 feet (492 meters) wide, compared with the Empire State Building and the Eiffel Tower in this NASA image.

Bottom line: The OSIRIS-REx spacecraft – launched from Earth in September 2016 – has begun acquiring images of the mission target, primitive asteroid Bennu, and scientists have begun processing them.