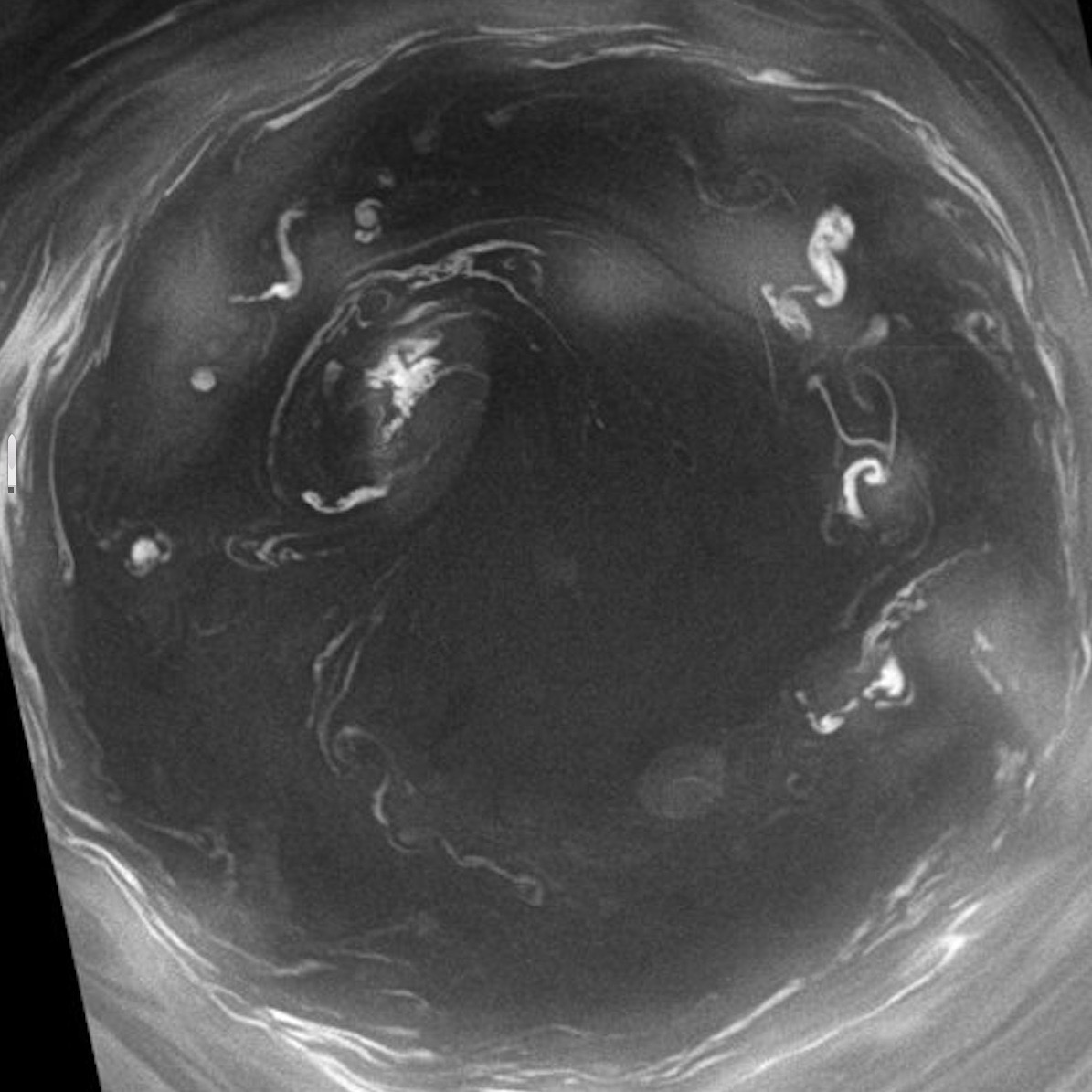 This image of Saturn’s south polar vortex isn’t new. It’s a 2008 image. Still, it’s 10 times more detailed than any previous image and shows a level of detail inside the ‘eye’ that was not previously observable. Image via NASA/JPL/Space Science Institute.

Saturn’s north pole has a mysterious hexagon, but Saturn’s south pole has an interesting feature, too. It’s south polar vortex, not unlike the vortices at Earth’s north and south poles, but of monstrous proportions. The dark ‘eye’ of this feature is some 5,000 miles (8,000 km) across, or about two thirds the diameter of the entire Earth. The image above is from the Cassini spacecraft in 2008. Where earlier images had shown towering clouds around the edge of this vortex, making scientists think the inside of vortex was mostly transparent, this image revealed a multitude of features deeper within Saturn’s atmosphere. ESA said recently:

Clouds are produced by convection – warm, rising gases in the atmosphere of Saturn. As they reach higher, and therefore colder, layers of the atmosphere, the gases condense and appear as clouds. At the 10 o’clock position, a stream of upwelling gas has created its own smaller vortex inside the larger one.

The image below is from Cassini in 2008, too. It’s a wider view of the vortex. 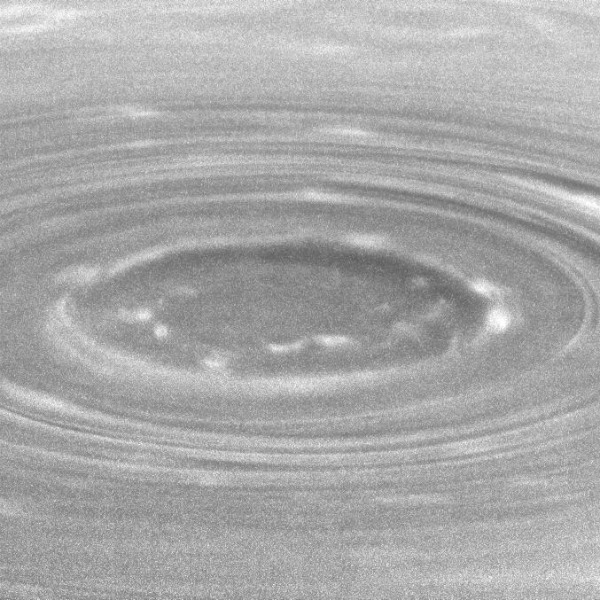 Cassini actually captured the scene above from an oblique angle, some 56 degrees below the plane of Saturn’s rings. That’s one reason the image above looks so different from the image at top, which is the view directly over Saturn’s south pole. ESA explained:

Towering eye-walls of cloud are a distinguishing feature of hurricanes on Earth. Like earthly hurricanes, the eye of this storm is composed of warmer gas than the surroundings. However, whereas hurricanes are powered by warm water and move across the surface of our planet, this vortex has no liquid ocean at its base and remains fixed to Saturn’s south pole.

Round, swirling vortices are part of the general circulation in the atmospheres of all four giant, outer planets, and Cassini has spied many mobile ones rolling through Saturn’s clouds at other latitudes. While vortices are often informally referred to as storms, scientists generally reserve that term for bright, short-lived bursts of convection that punch though the clouds, often accompanied by lightning.

Larger Cassini image of Saturn’s south pole, with its central vortex, acquired in 2006. Read more about this image. Image via NASA/ JPL.