Here are 2 beautiful images of the very old moon – a waning crescent seen in the east shortly before sunrise – near the brightest planet, Venus. 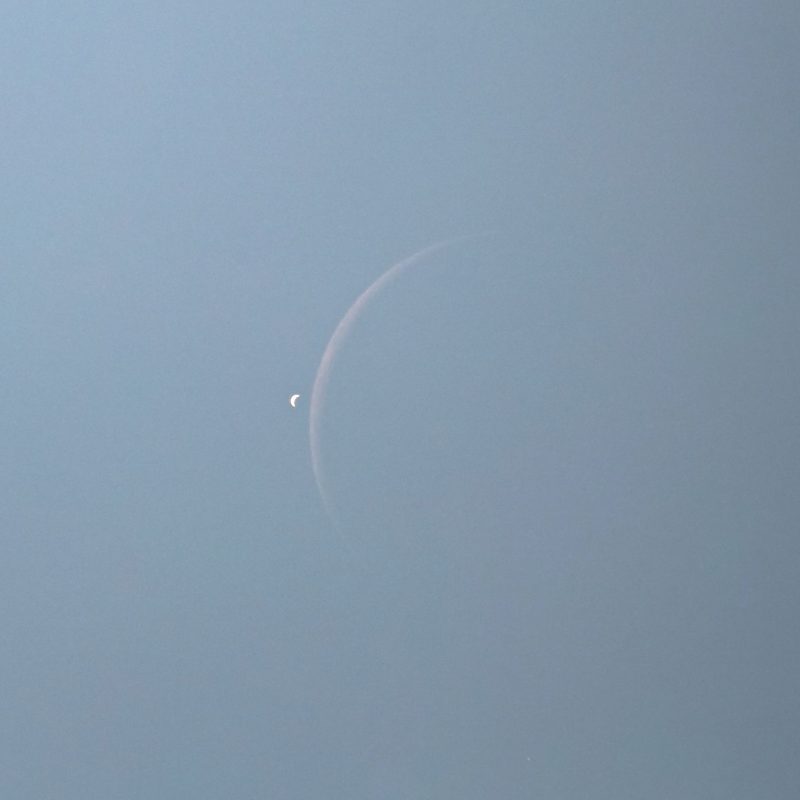 View at EarthSky Community Photos. | Isn’t this the coolest image ever? No, it’s not 2 moons. The larger one is Earth’s moon, and the smaller one is Venus! Alex Conu in Oslo, Norway, caught this image of the very close conjunction between the planet Venus and the moon in daylight on June 19, 2020, when both worlds were in a thin crescent phase. A few minutes after this photo was taken, Venus was occulted – or covered over – by the moon. Thank you, Alex!

The brightest planet Venus was prominent in the west after sunset in early 2020, through about late May. On June 3, Venus went between us and the sun in what’s called an inferior conjunction for this inner planet. Now Venus is back in the morning sky – visible from around the world – very near the glare of these far-northern sunrises we’ve having around this solstice-time.

Those with telescopes know that Venus is now visible in a crescent phase. That’s because its lighted face, or day side, is mostly facing away from us now.

The photos on this page are from June 19, 2020, when the old moon – a waning crescent visible in the east before sunup – swept past Venus. Thanks to these two photographers and to all those who contributed to EarthSky Community Photos!

See photos from May and early June: Crescent Venus in the evening sky 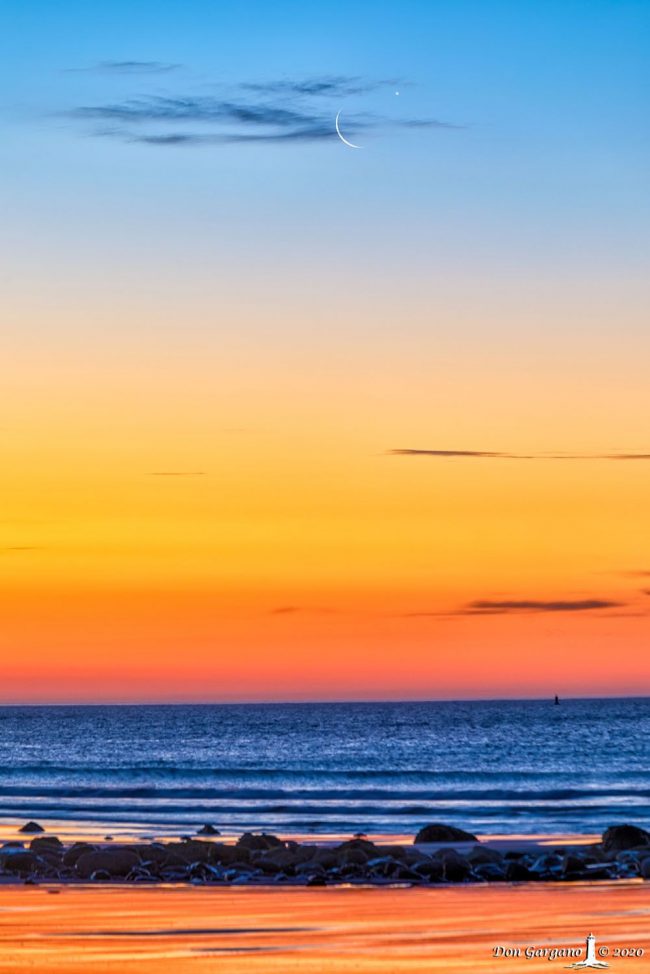 View at EarthSky Community Photos. | Donald Gargano also caught the moon and Venus on June 19, 2020, at Jenness Beach in Rye, New Hampshire. This photo was taken after the occultation. See how the moon is on the other side of Venus in this shot, compared to the one above? The photo shows how you would have seen the pair with the eye alone in a sky brightly lit with morning twilight … if you’d been on this glorious beach! Thank you, Donald.

Bottom line: The brightest planet Venus is back in the east before sunup! It’s very bright, visible near the sunrise, in bright twilight. Here are two beautiful photos of the very old moon on June 19 – a waning crescent seen in the east shortly before sunrise – near Venus.