See it! This weekend’s moon and Mars

Mars is getting exciting – bright now, and very red – and heading toward more brightness and more intense color by October. This past weekend, the moon and Mars were close. Photos here. 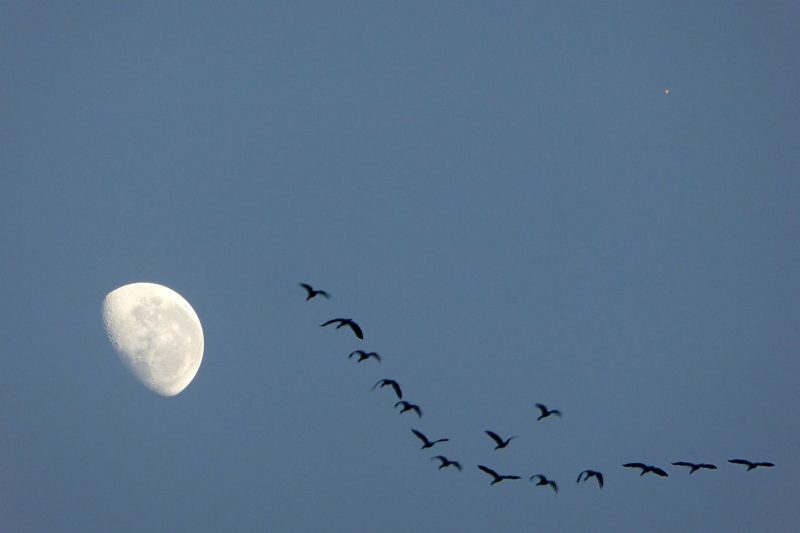 View at EarthSky Community Photos. | Peter Lowenstein in Mutare, Zimbabwe, caught the waning moon, Mars, and a flock of whistling ducks at dawn on August 9, 2020. He wrote, “… the waning gibbous moon and Mars were close together high in the northern dawn sky. Several pictures of the pair were taken as daylight approached between 6 and 6:30 a.m. Just before it became too light for Mars to remain visible, a flock of whistling ducks passed by in bow and arrow formation!” Thank you, Peter! 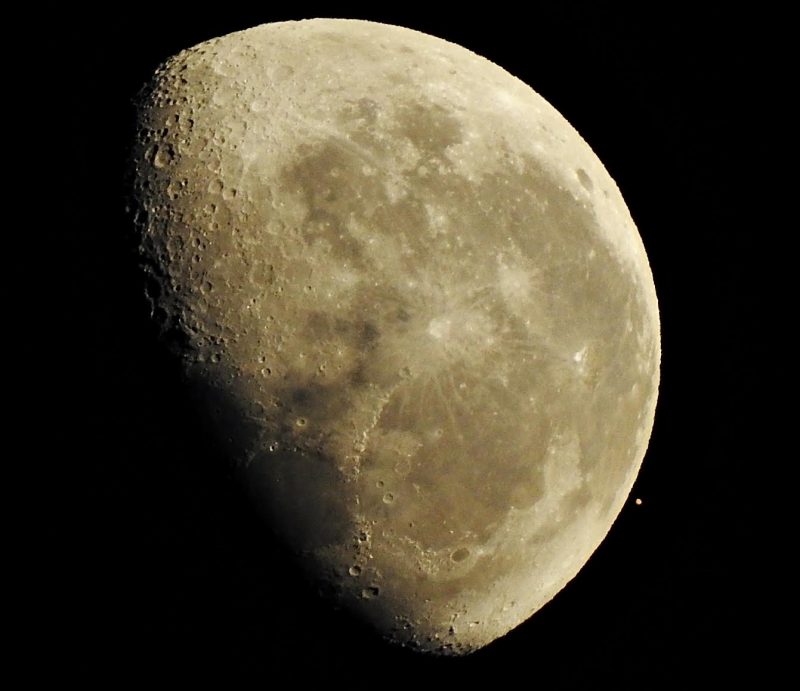 View at EarthSky Community Photos. | Helio de Carvalho Vital wrote from Rio de Janeiro, Brazil, that he captured the occultation of Mars by the moon – an event in which the moon temporarily covered Mars – on August 9, 2020. He wrote, “A Nikon CoolPix P900 camera on a tripod was the only equipment I used … The photo shows the planet approaching the moon`s lighted limb some seconds before ingress. At that moment, relative to Mars, the moon was 224 times closer and about 7 thousand times brighter.” Thank you, Helio! 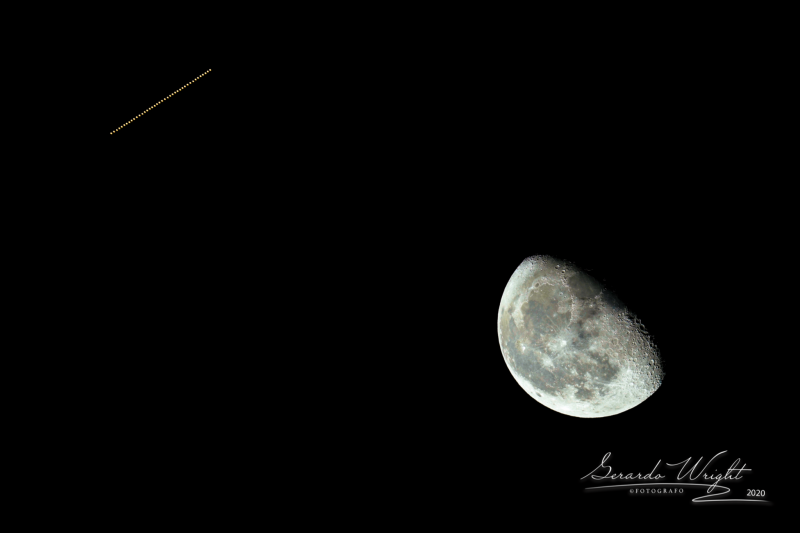 View at EarthSky Community Photos. |
Gerardo Wright in Cancún, Quintana Roo, México, caught the moon and Mars on August 9, 2020 and wrote: “Frames were taken at 15-second intervals and from this series every 5 positions were taken to stack the final image where the movement of the moon to Mars is observed.” Thank you, Gerardo! 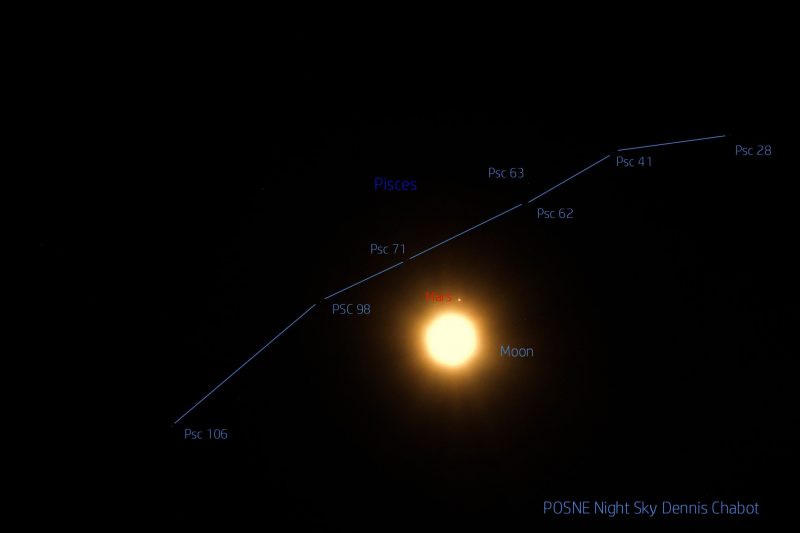 View at EarthSky Community Photos. | Dennis Chabot in Rehoboth, Massachusetts, captured this image of Mars early Sunday morning, August 9, 2020. At that time, the moon and red planet were high in the dawn sky, not far from the famous tip of the V in the constellation Pisces the Fish. Dennis wrote: “Fiery Mars above the moon this morning just before the fog rolled in to fill the skies with gray.” Thank you, Dennis! 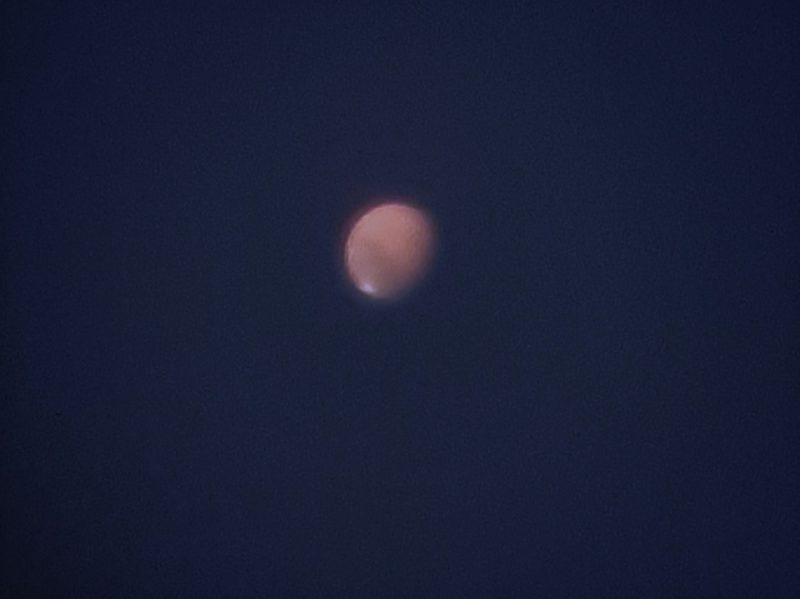 View at EarthSky Community Photos. | Aurelian Neacsu in Visina, Dambovita, Romania, captured this telescopic image of Mars on August 5, 2020. The white dot on the planet is its icy pole. Thank you, Aurelian! 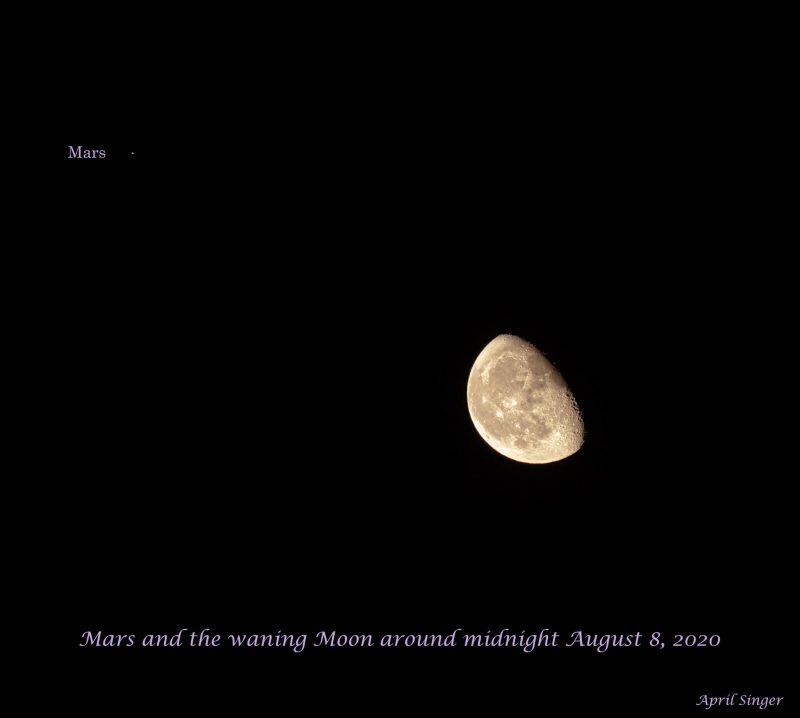 April Singer in northern New Mexico caught the moon and Mars Saturday night around midnight, when the pair had just risen and was low in the eastern sky. Thanks, April!