A beautiful conjunction of Mars and Saturn

Red Mars and golden Saturn were only 1.3 degrees apart on April 2, 2018, about the width of your finger at arm’s length. Photos from the EarthSky community. Thanks to all who submitted. 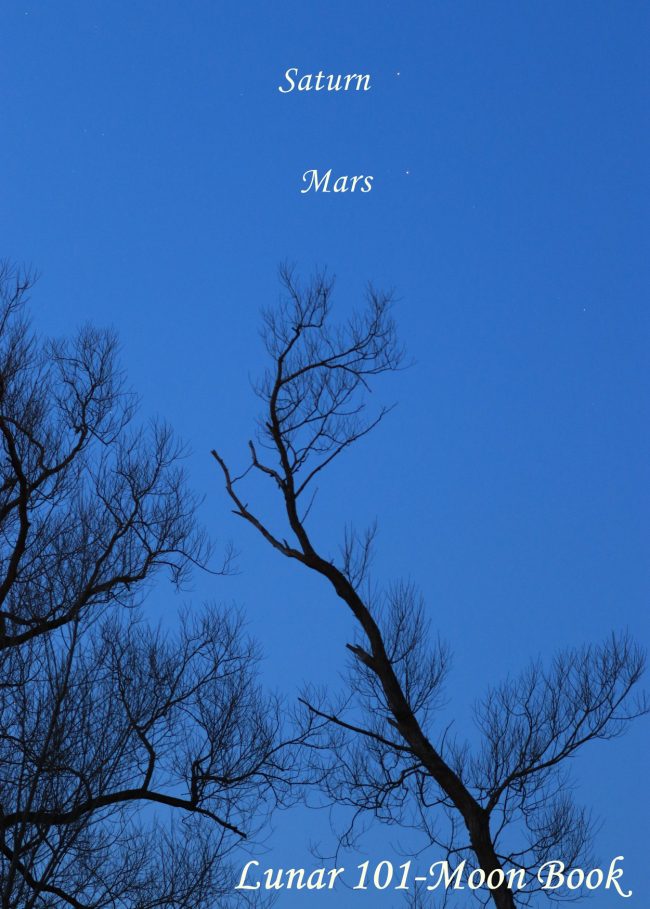 Saturn and Mars on the day of their conjunction – April 2, 2018 – via Steven A. Sweet in Toronto. Visit Steven’s Facebook page, Lunar101-Moon Book. 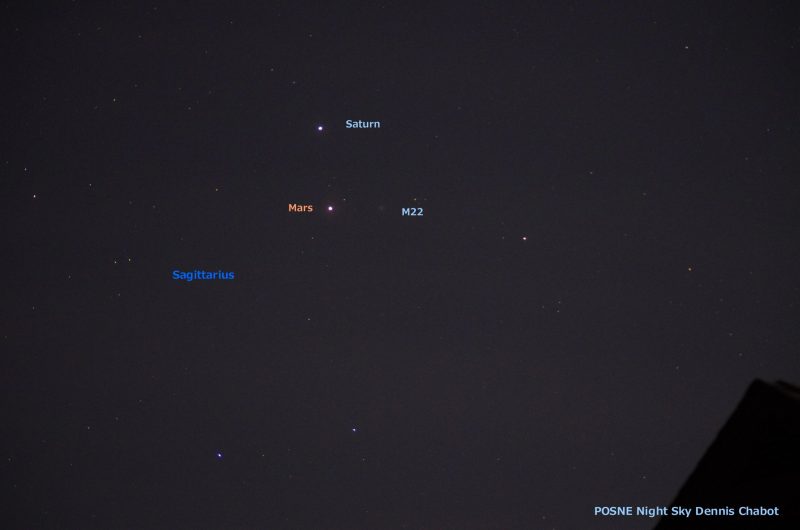 Dennis Chabot of Seattle caught Mars and Saturn on the morning of April 3, 2018. Notice the object near them marked M22. It’s a star cluster, visible in binoculars in a dark sky. 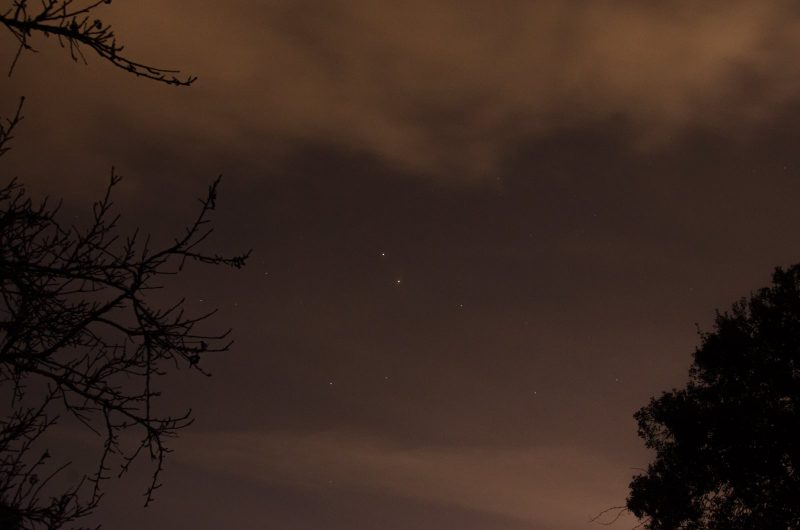 Saturn (left) and Mars are the 2 bright objects in this photo by Annie Lewis, taken April 2, 2018 – the morning of their conjunction – near Madrid, Spain. Saturn and Mars will remain in the same binocular field all week. 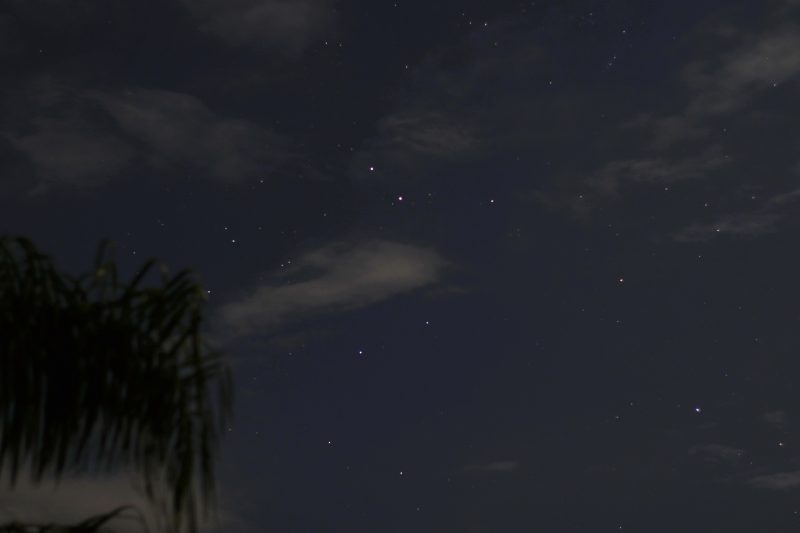 Victor C. Rogus in Arcadia, Florida, also caught the planets on the morning of April 2, 2018. At conjunction, they were just 1.3 degrees apart, about a finger’s width held at arm’s length. 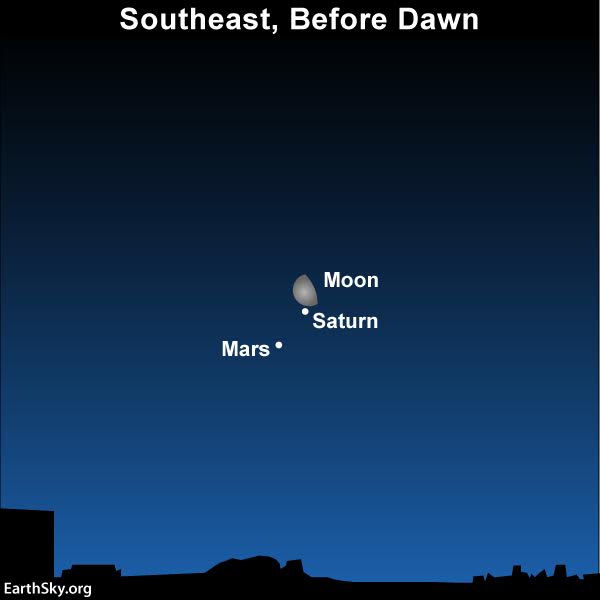 Mark your calendar for the morning of April 7, 2018, when the waning moon will sweep past Mars and Saturn. From North America, you have a good chance of viewing all 3 worlds – the moon, Mars and Saturn – in a single binocular field. Read more. 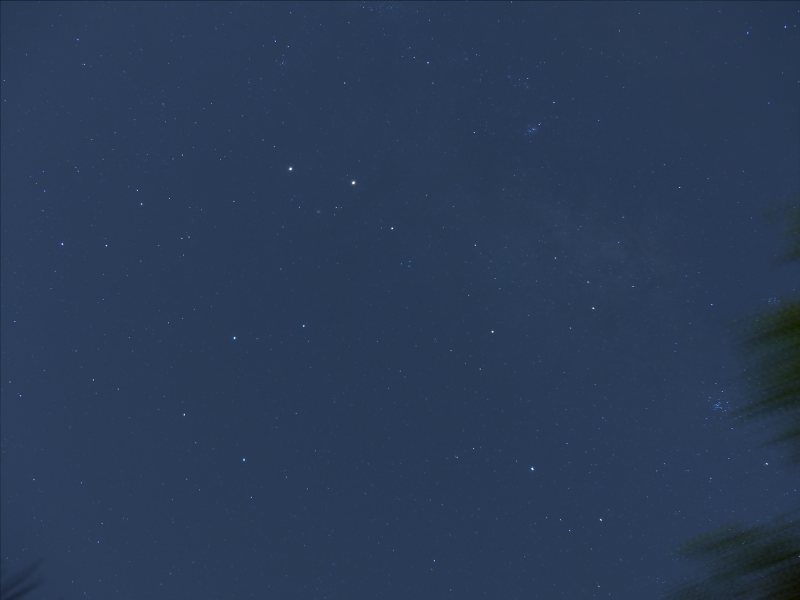 Saturn and Mars above the Teapot on March 30, 2018, via Patricio Leon in Santiago, Chile. He wrote on March 30: “The planets are gathering towards their close encounter on Monday.” 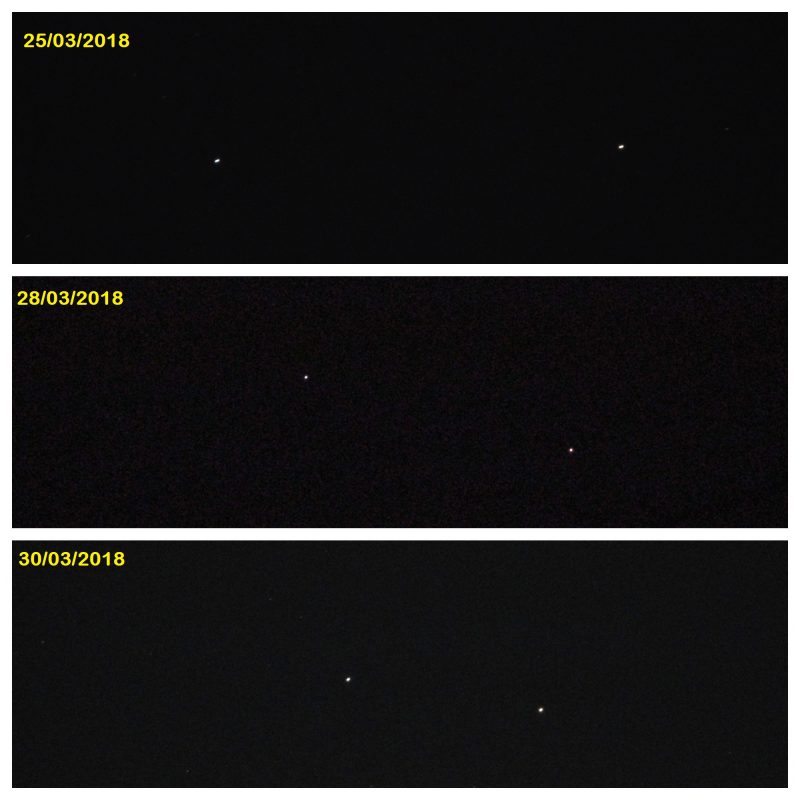 Planets Saturn (left) and Mars over 3 different days in March 2018, as seen by Shobhit Tiwari in Kanpur, India. He wrote on March 30: “Getting closer day by day … “ 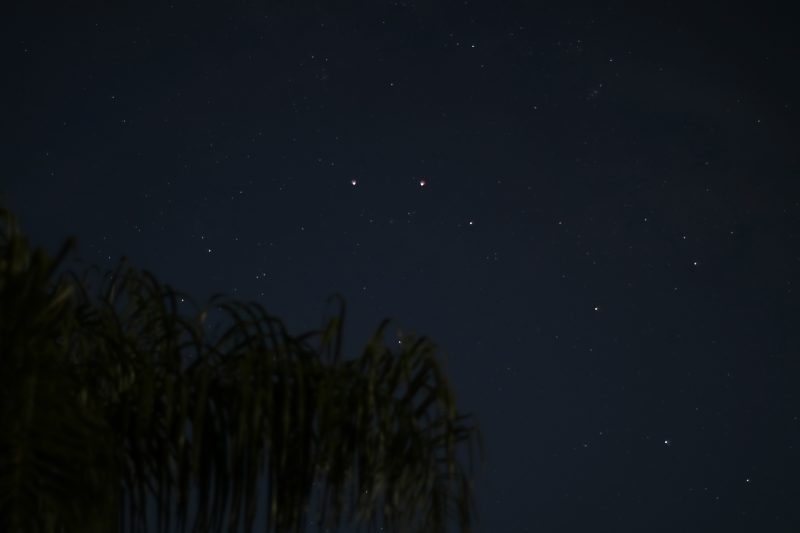 Victor C. Rogus in Arcadia, Florida, caught Saturn (left) and Mars before dawn on the morning of March 30, 2018. He wrote they “… were glowing just 2 degrees apart, above the Sagittarius Teapot. A beautiful conjunction of the angry Red Planet, Mars and the ringed wonder, Saturn, as the sun rose.” Canon 80d camera with 50mm Carl Zeiss manual focus lens at f1,4 camera on tripod.