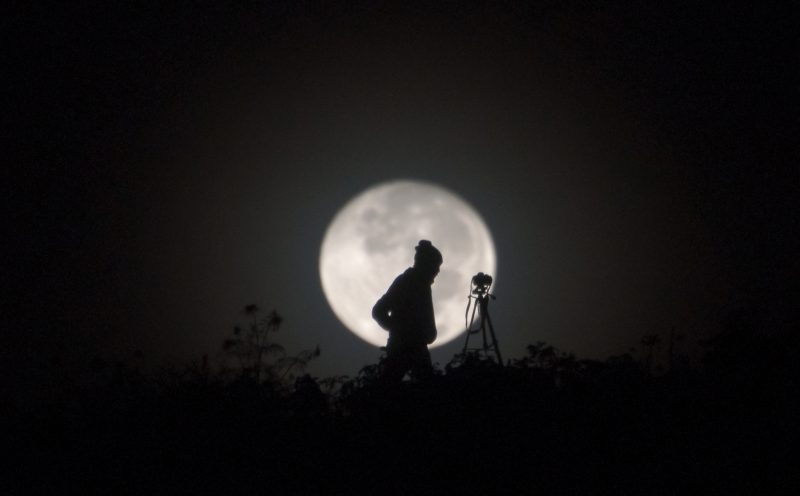 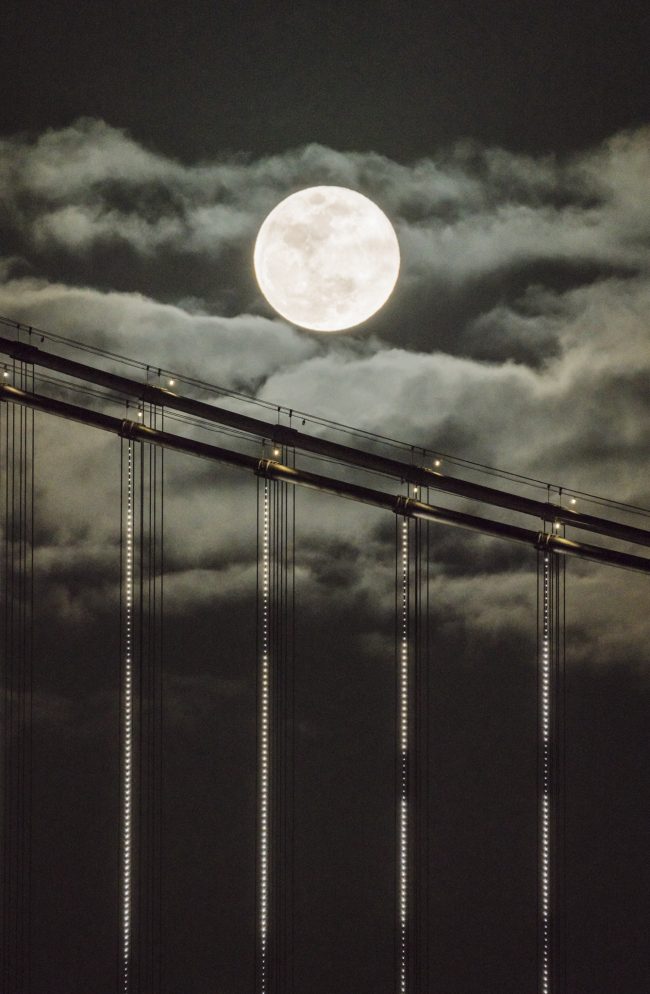 Kwong Liew captured the moon above San Francisco’s Bay Bridge and wrote: “It had been raining most of the day, and I wasn’t sure I could see the moon. It appeared on and off behind clouds, and I took as many shots as I could before losing it.” Sony A7RIII with Sigma 150-600mm, MC-11 adapter. 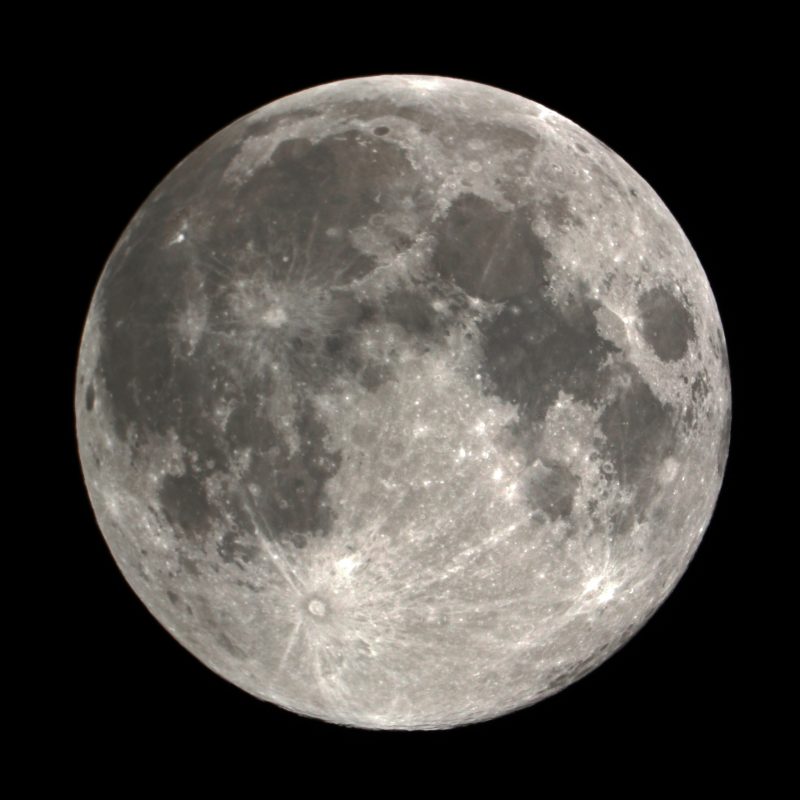 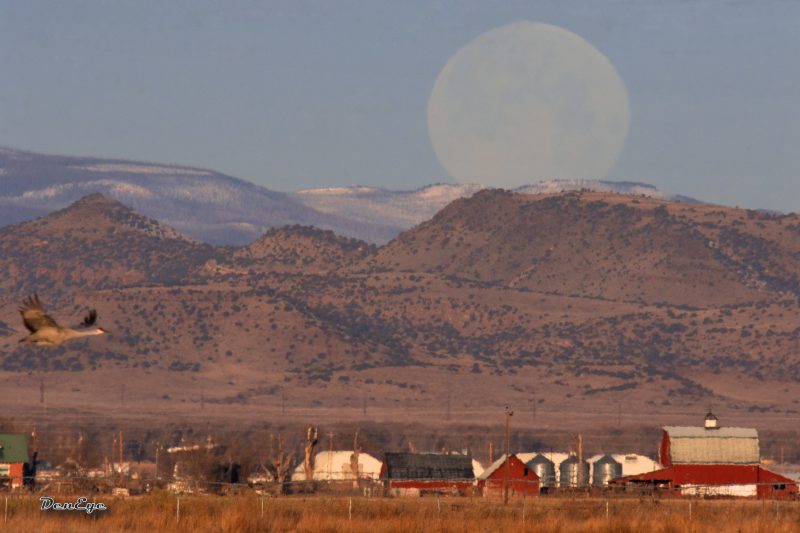 Dennis Schoenfelder in Rio Grande County, Colorado captured this image on the morning of March 2, 2018. He wrote: “I was taking a moonset picture when I was photo-bombed by a Sandhill Crane who, undoubtedly arrived early for next week’s crane festival.” 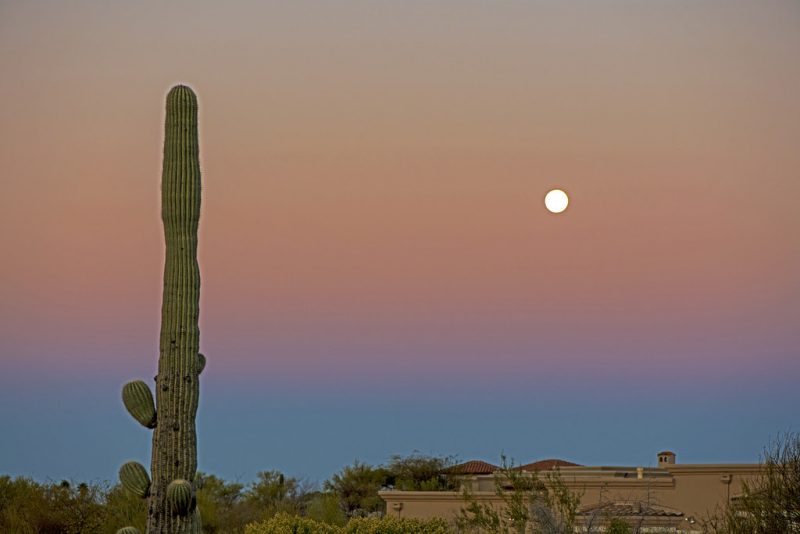 Full moon and Earth’s shadow on the morning of March 2, 2018 via Eliot Herman in Tucson, Arizona. Eliot told EarthSky he expects similarly clear skies over Tucson for the Venus and Mercury conjunction this weekend, too. 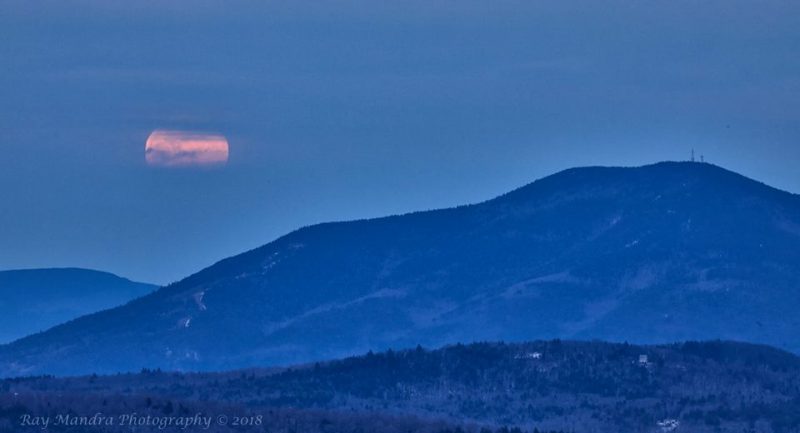 Ray Mandra took this photo on March 1, 2018. He wrote, “Mostly cloudy skies in Vermont as the full moon rises over Mount Ascutney” 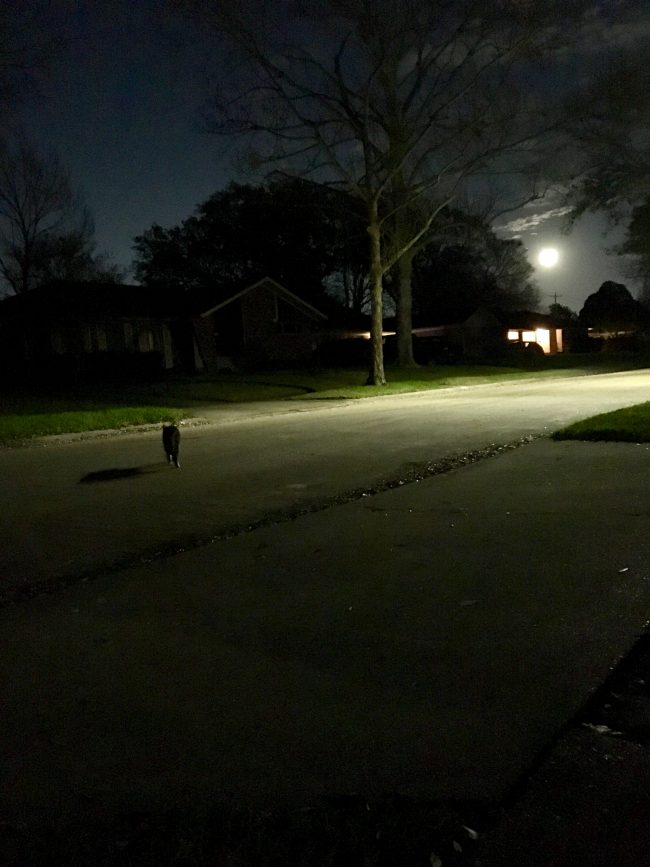 Melissa Tatum in Houston wrote: “I was moon struck and had to run outside to gaze and commune in our quiet Westbury neighborhood.” 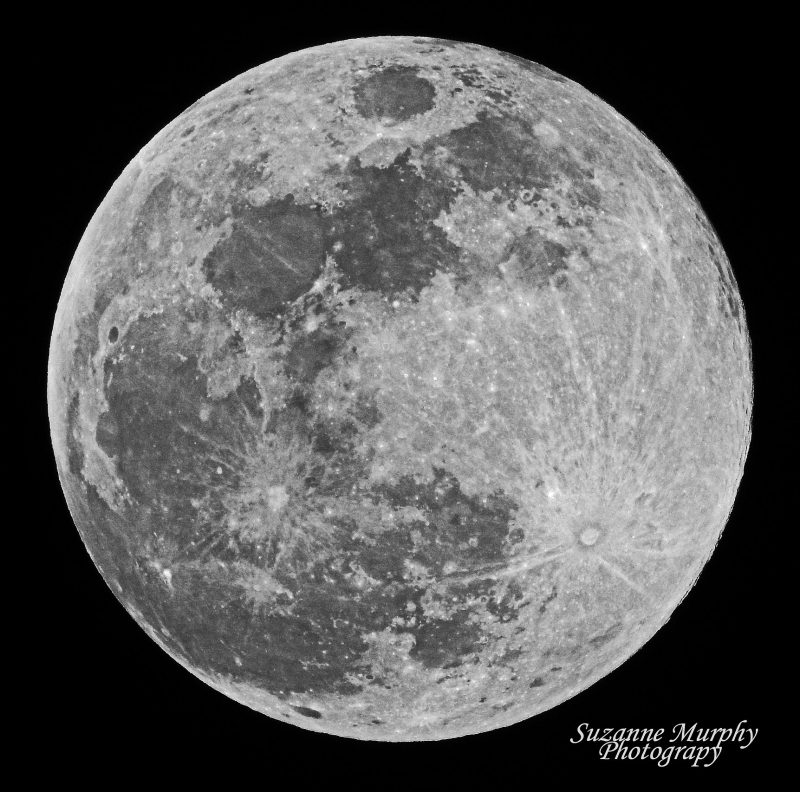 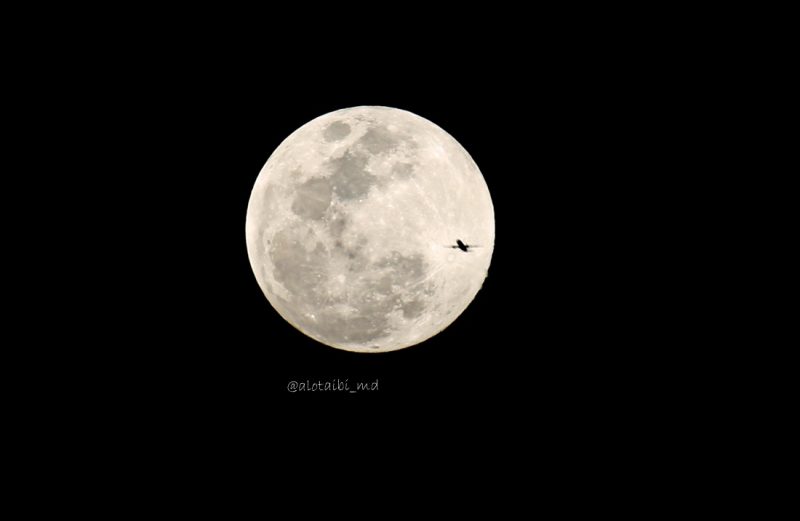 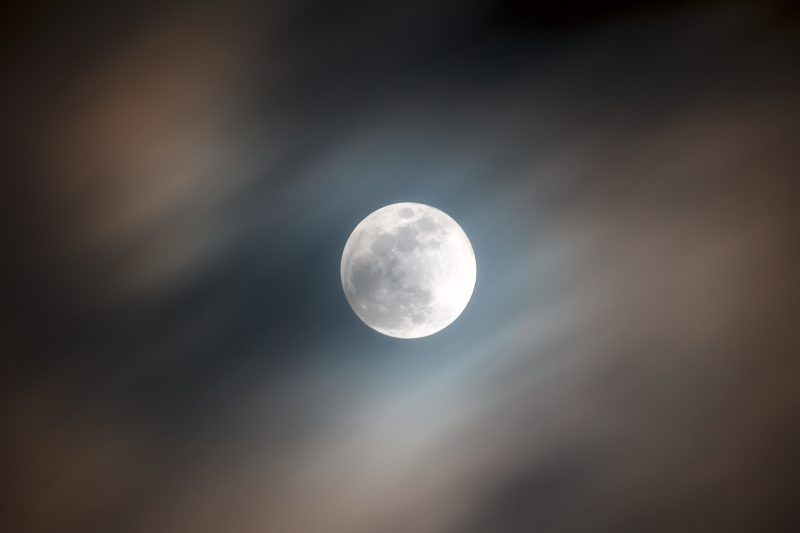 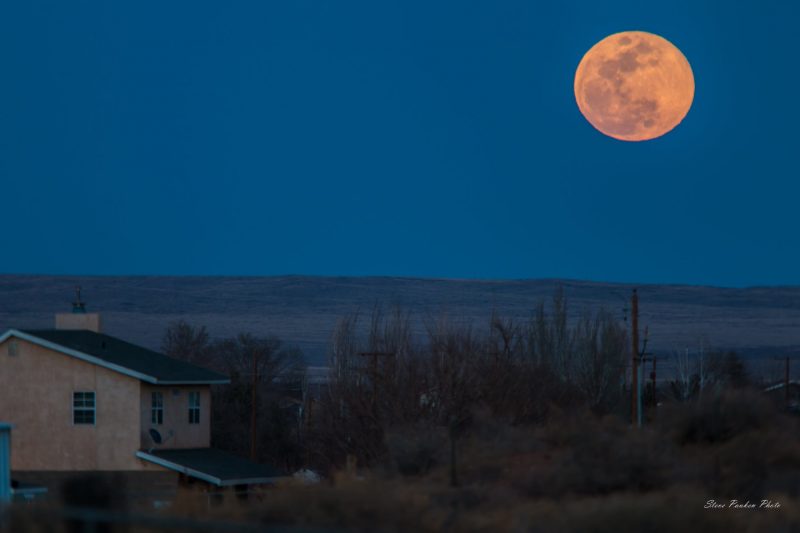 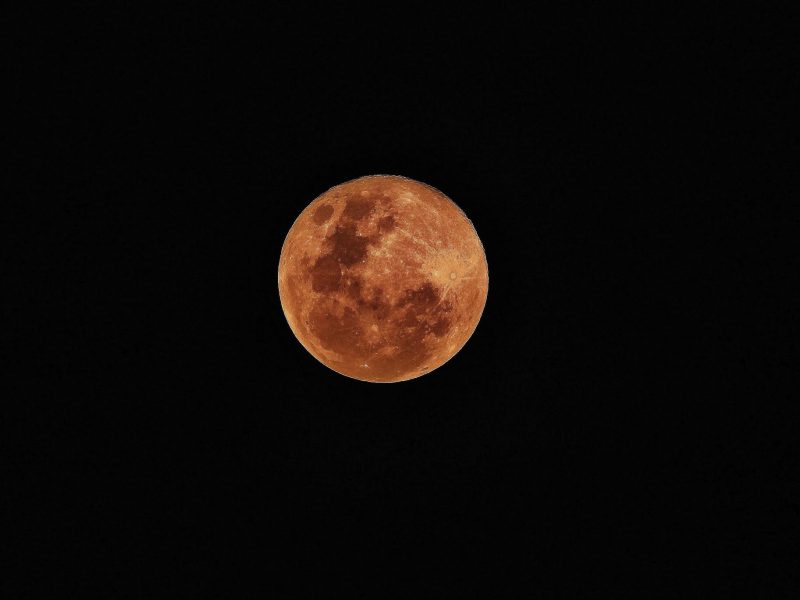 A. Kannan wrote from Singpore: “The first of the 2 full moons of March 2018 was at its most splendid tonight. It coincides with Chap Goh Meh, which is the 15th and final day of the Chinese Lunar New Year celebration. The term is Hokkien, and this day will also see the 1st full moon of the Chinese New Year calendar. Folklore says this is the day that single ladies would toss mandarin oranges into the river in the hope of meeting their future spouse. “ 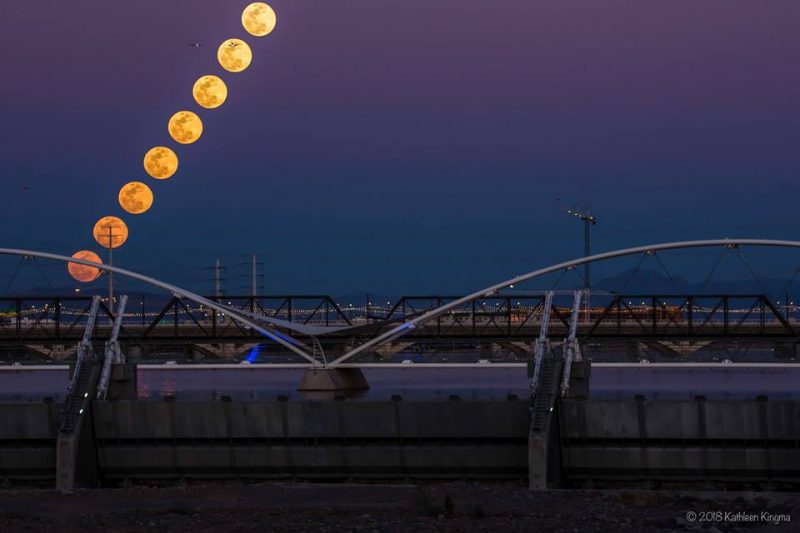 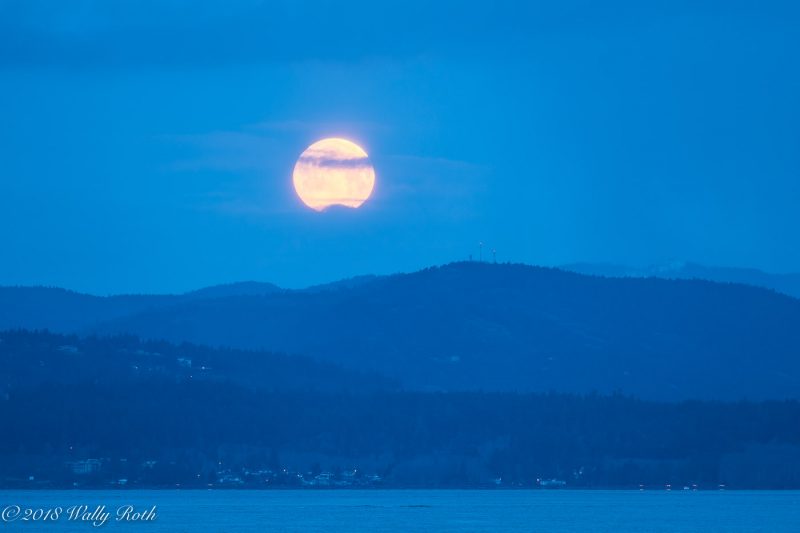 Wally Roth in Victoria, British Columbia, Canada, wrote: “I went out this morning to see if I could watch the sun rise, but the eastern sky was clouded over. I looked to the west and was surprised to see the golden moon heading towards the horizon.” Panasonic FZ-1000, 400mm equiv., ISO 100, f/4, 1/4 sec., tripod.

Swami Krishnananda in Purulia, West Bengal, India, wrote: “Today is a very special festival day all over India, called Holi. Apart from its religious significance, it also coincides with the start of the spring season and winter harvest.” Nikon P900. 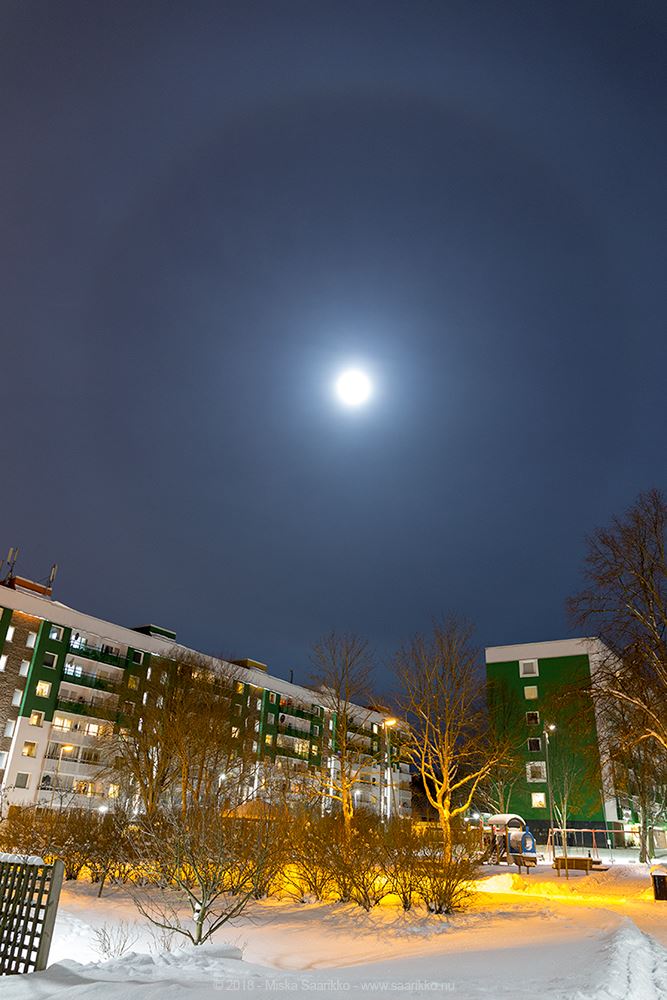 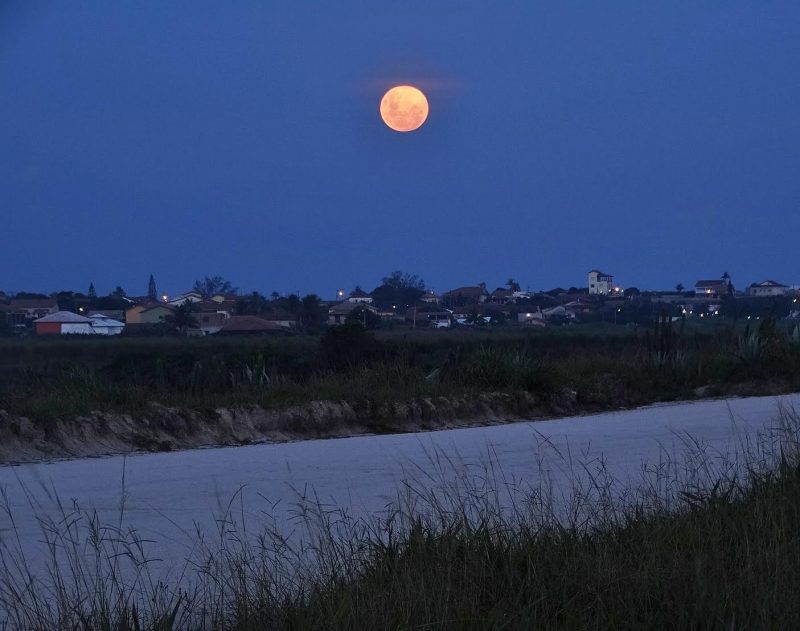 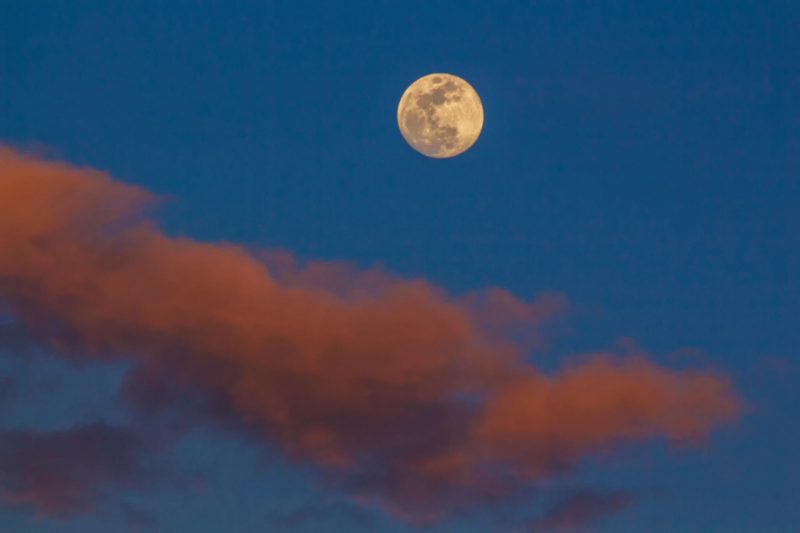 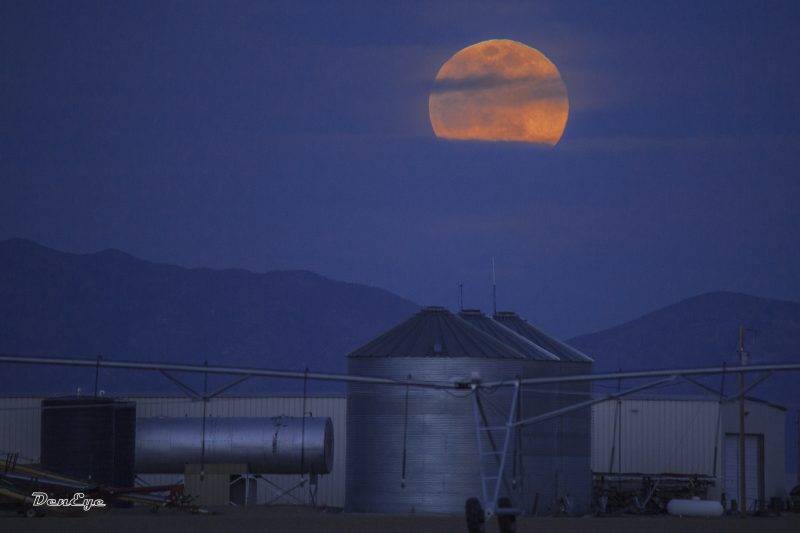 Dennis Schoenfelder in Center, Colorado, wrote: “I kept watching clouds on the eastern horizon at track practice (I’m a high school track and field coach), thinking no photographs until the moon was high. Driving home, right on time, I saw that big peach sneaking up at the horizon. I had to use four-wheel drive to extract myself from the potato field I drove into.” Tamron 150-600 Canon6D.

Bottom line: Photos from the EarthSky community of the March 1-2, 2018, full moon.

Read more: March 31 is 2nd full moon this month and a Blue Moon