See it! Images of comet 46P/Wirtanen 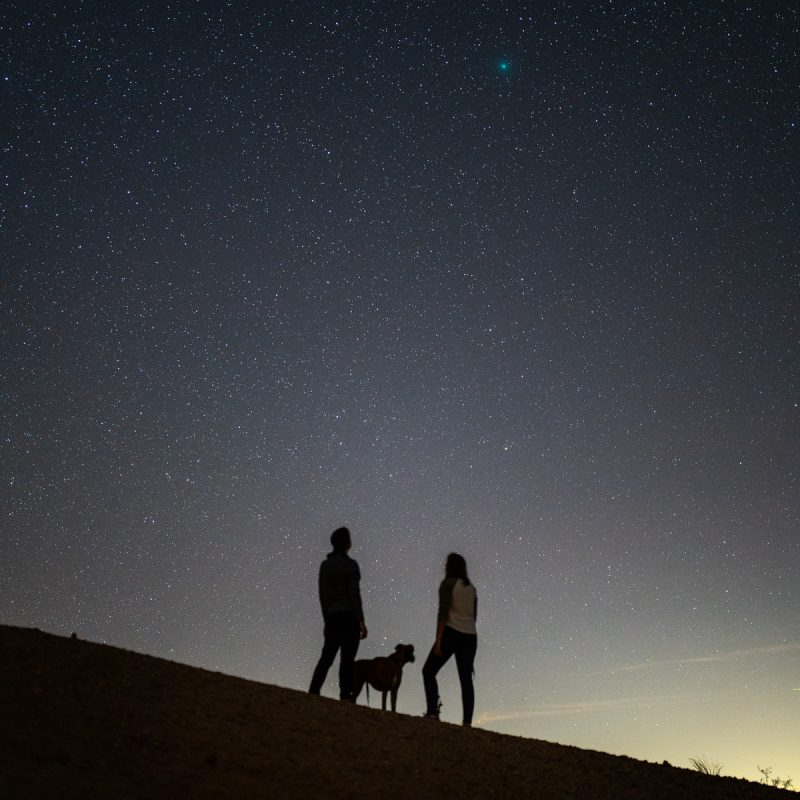 Jack Fusco Photography in California wrote: “Hi EarthSky! I’m so excited to share my 1st photo of comet 46P/Wirtanen! We took our boxer, Kona, out to the Anza Borrego Desert with us and came home with a new family photo. : ) I shared some behind-the-scenes and outtakes over on my blog as well.” Awesome photo, and thanks for the how-to-photograph info on your blog, Jack!

For a some months now, we’ve been hearing from astrophotographers who’ve captured images of comet 46P/Wirtanen. Now we’re seeing many images every day and hearing from people who are glimpsing the comet in less-than-the-darkest skies. It’s the brightest comet of 2018, in theory visible to the eye, but large and diffuse; a dark sky will show it best. Click here for a how-to article providing some charts and suggesting some ways you might see the comet! And enjoy the images on this page from the EarthSky community. Thank you to all who contributed! If you haven’t sent us your photo yet, you can submit it here.

How to see 2018’s brightest comet in the sky 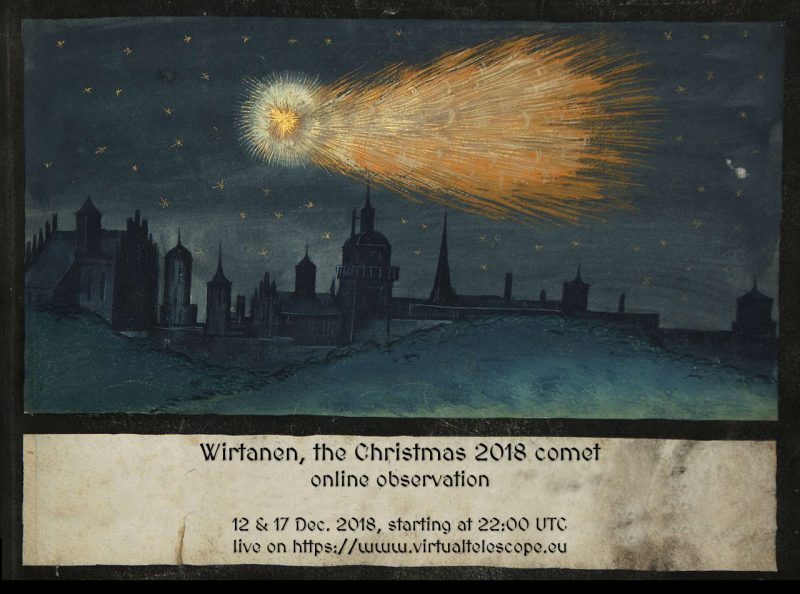 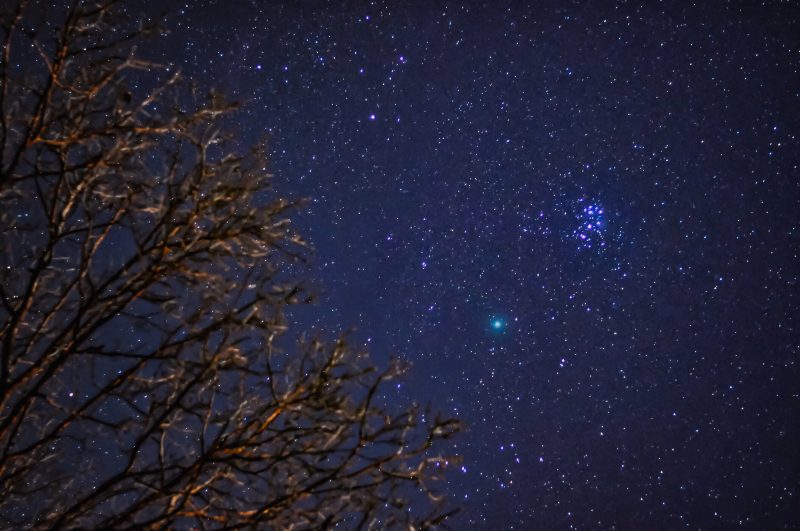 Cynthia Haithcock in Troy, North Carolina caught comet Wirtanen on December 16, the day of its closest point to Earth. 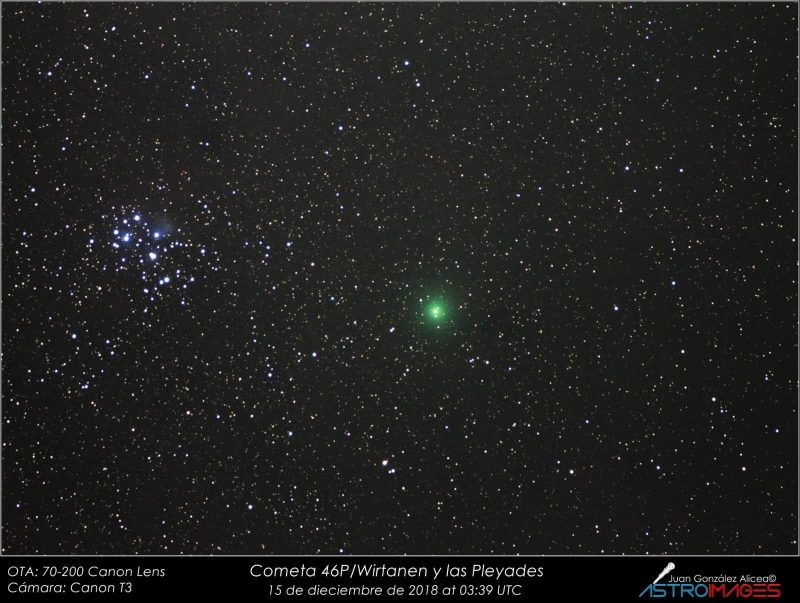 Comet 46P/Wirtanen on December 15, 2018 – hours before it came closest to Earth – via Juan Gonzalez-Alicea in Cabo Rojo, Puerto Rico. Thank you, Juan! 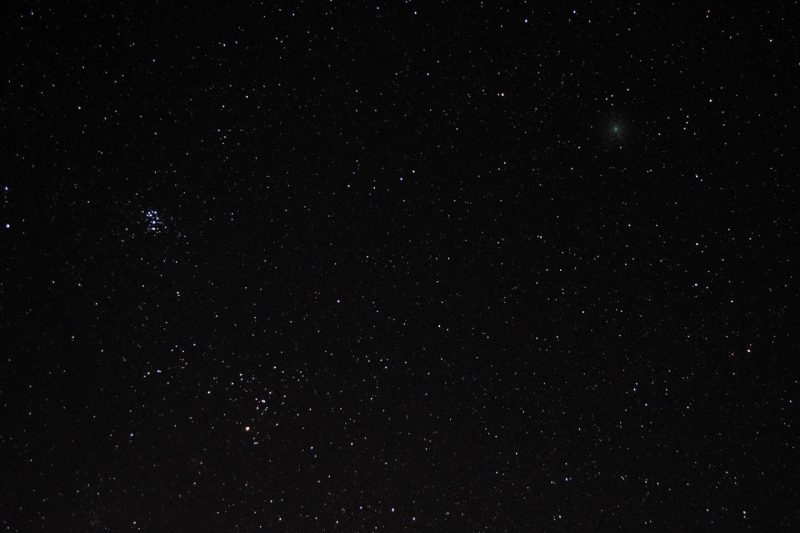 View larger. | Notice 3 sky sights in this photo taken December 8, 2018, by Jose H. Laboy in Cabo Rojo, Puerto Rico. The tiny, dipper-shaped Pleiades star cluster – and V-shaped Hyades star cluster, with bright star Aldebaran at one tip – are on the left. Comet 46P/Wirtanen is in the upper right. Between December 8 and December 16, the comet has been moving along a line toward the Pleiades and Aldebaran. How to see the comet. 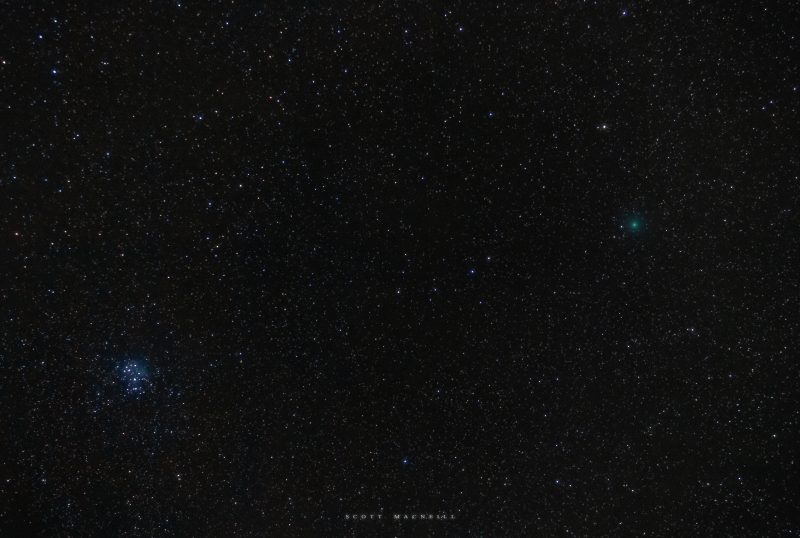 Scott McNeill at Frosty Drew Observatory, Charlestown, Rhode Island caught comet Wirtanen near the Pleiades, or Seven Sisters, on December 10. Be sure to look for the comet near this easy-to-see star cluster. 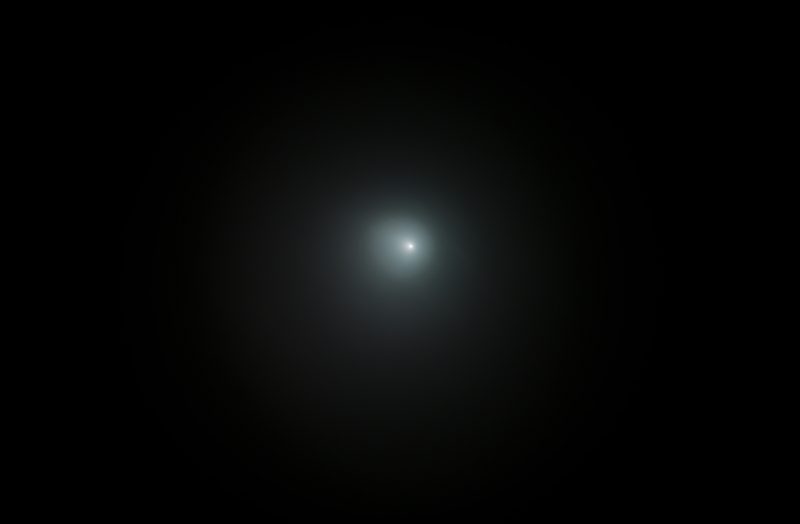 Tom Marsala in Menifee, California captured this image of the comet on December 8. He wrote: “I thought I’d try to see what the little 6-inch telescope would reveal rather than getting the 13-inch out for the night!” 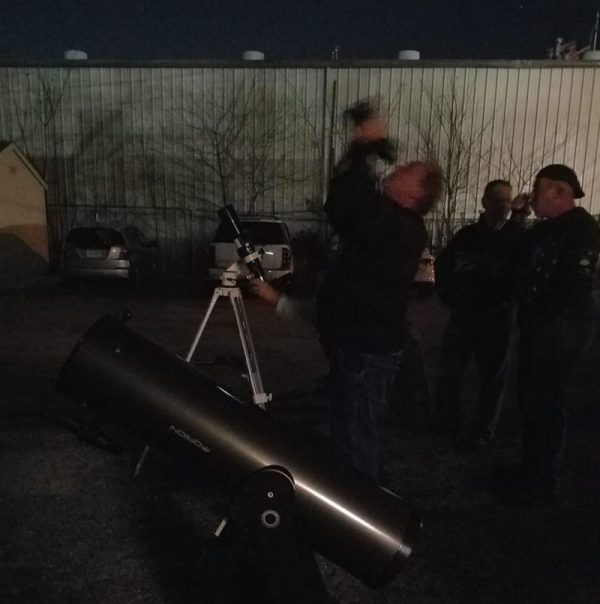 Kelley Knight Heins sent along this photo of seeing the Christmas comet – 46P/Wirtanen – behind a car dealership on a busy road, in Austin, Texas. “Using your charts,” she said. 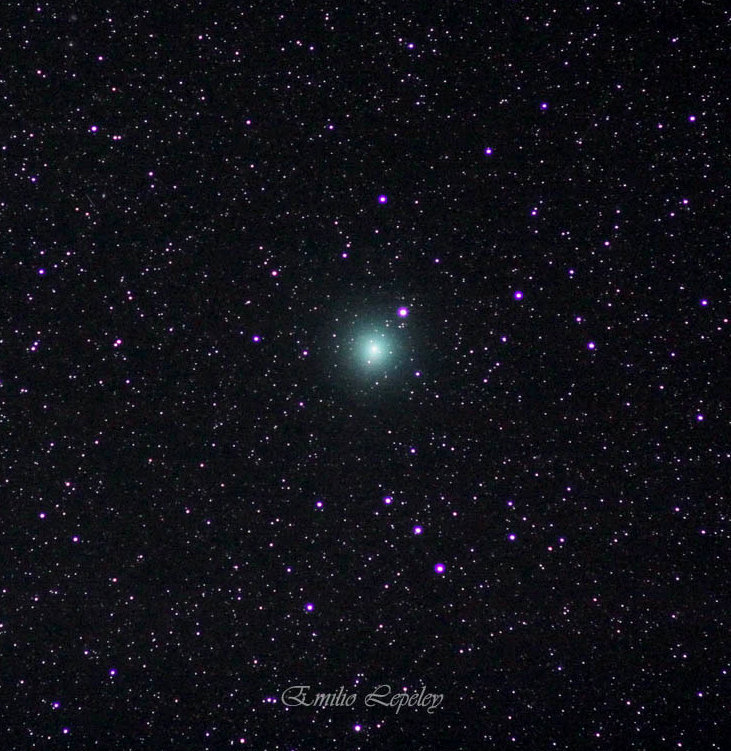 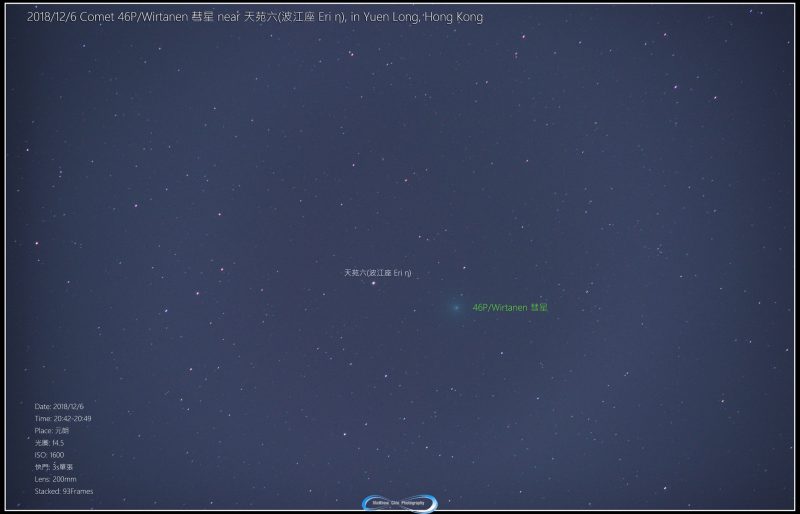 Comet 46P/Wirtanen on December 6, 2018, from our friend Matthew Chin in Hong Kong. 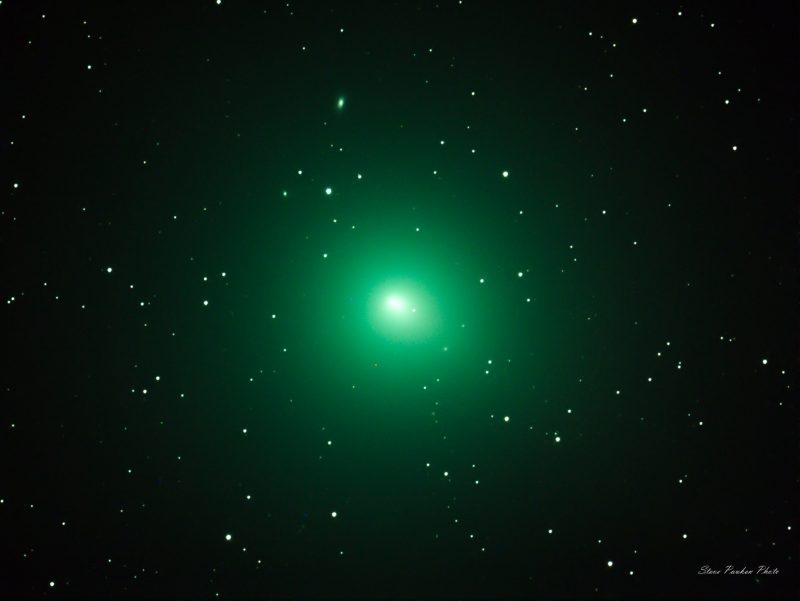 46P now bright enough to be visible in an allsky photo. This one using the very impressive Olympus 8mm f1.8 fisheye lens, from my very light polluted location. pic.twitter.com/mDgXfgaH1c 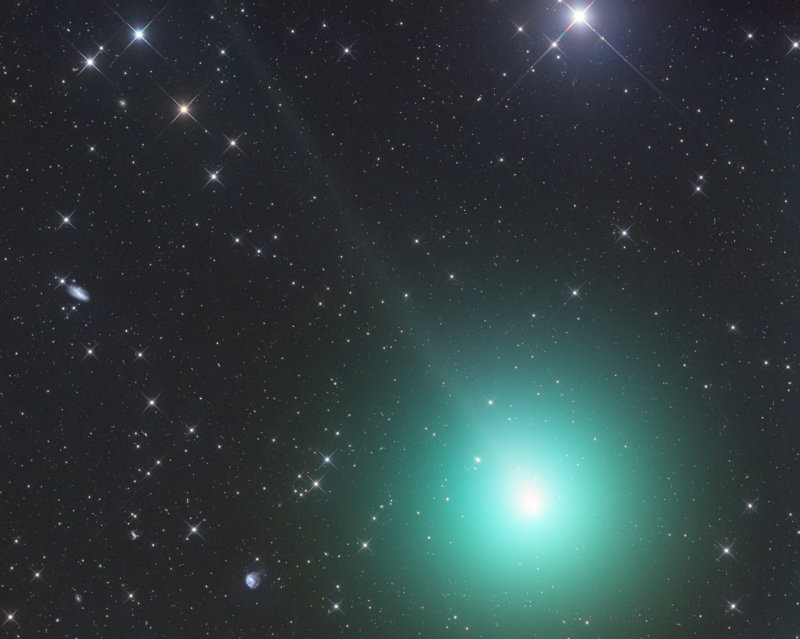 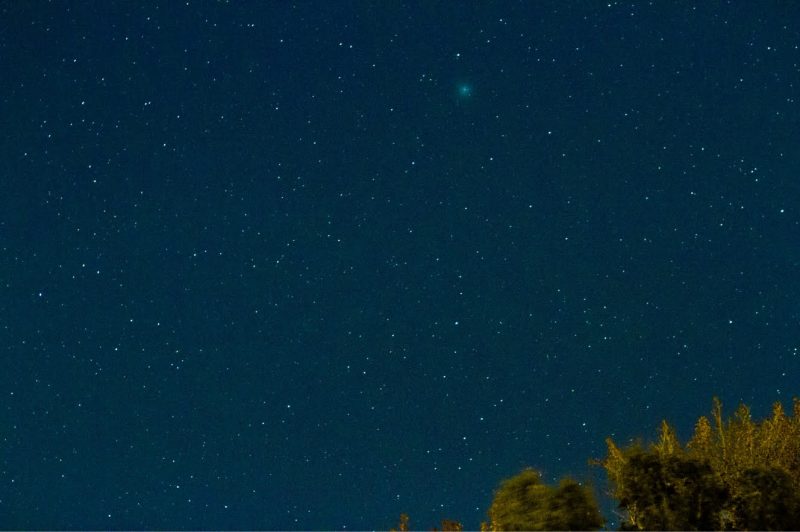 Greg Hogan in Kathleen, Georgia, caught comet Wirtanen on November 26, 2018. He wrote: “This comet was finally over my tree line of my neighborhood. I was able to find it quickly with just a quick shot pointed in the right direction. Taken 9:30pm EST.” Canon 7D, 85mm, 5-sec exposure, ISO 6400, f2.8. 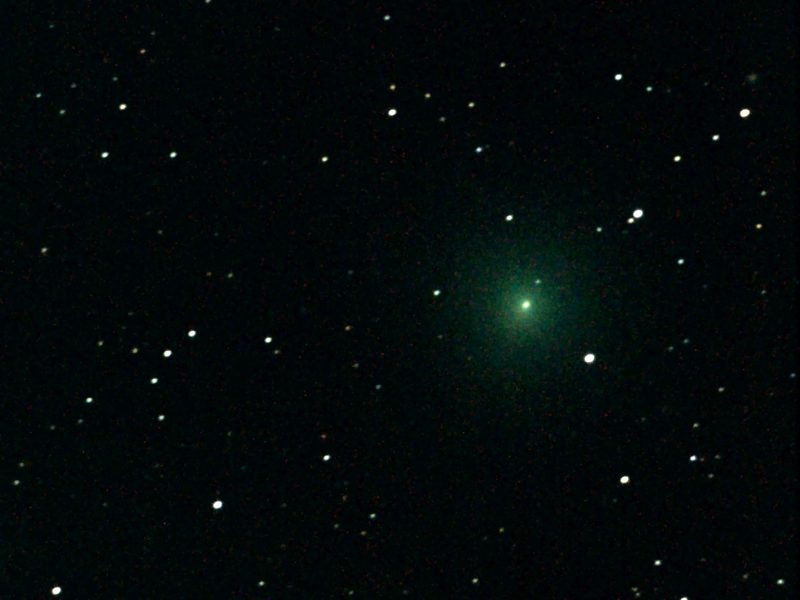 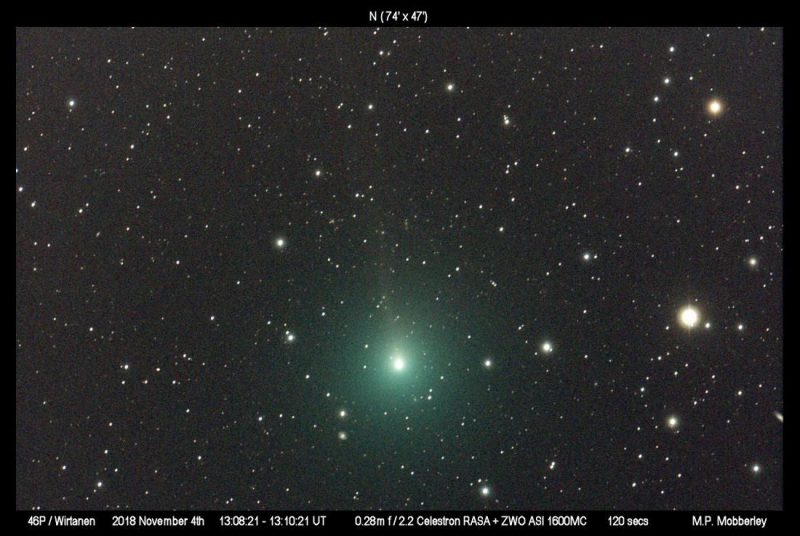 Beautiful telescopic image of comet 46P/Wirtanen, taken November 4, 2018, with an 11-inch telescope by Martin Mobberley. The image shows the development of a gas tail for the comet. Used with permission. 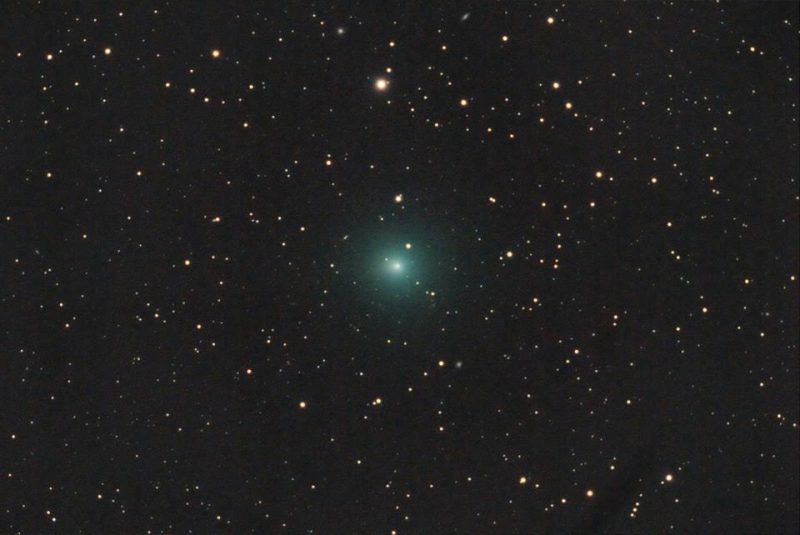 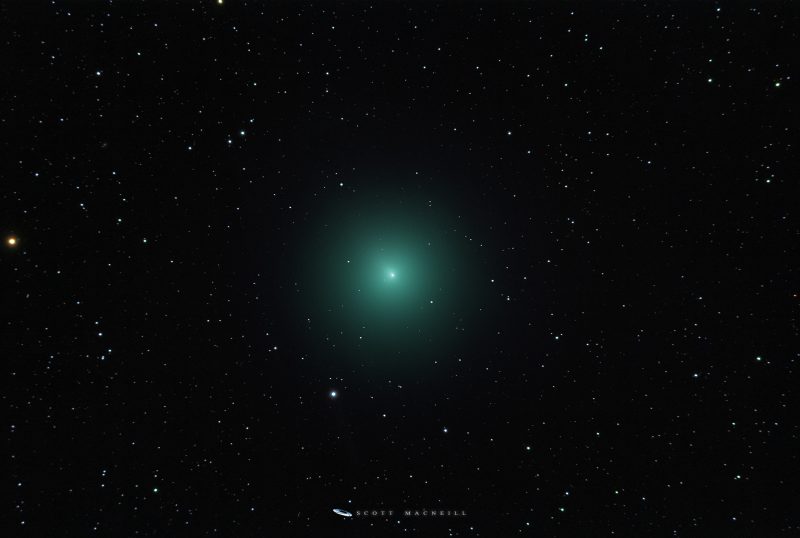 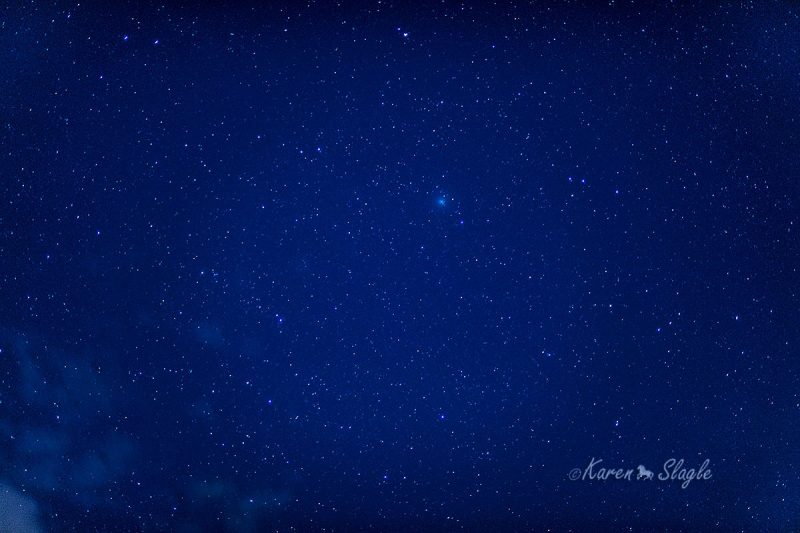 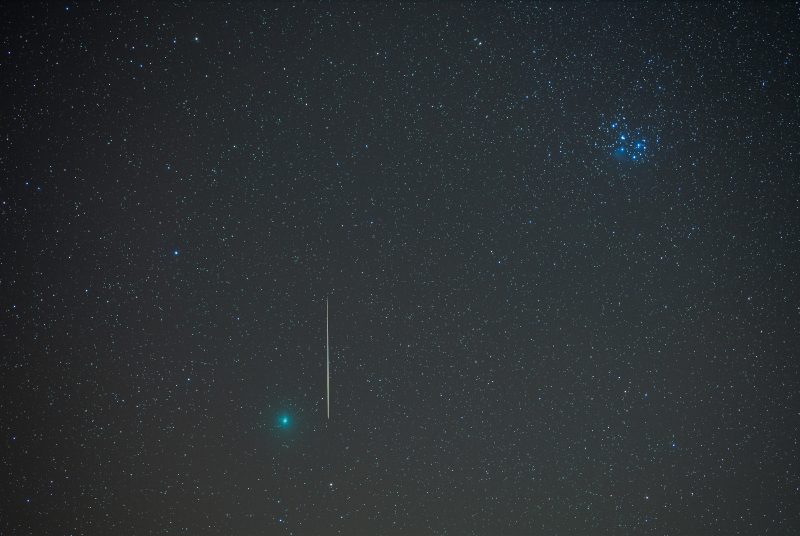 Bottom line: Photos and videos of comet 46P/Wirtanen, the brightest comet of 2018, by EarthSky community members.

Want to see 2018’s brightest comet yourself? How to see comet 46P/Wirtanen