This large asteroid swept closest to Earth on September 1. It’s big enough that astronomers are still catching it in small telescopes, as a small, slow-moving “star.”

Asteroid 3122 Florence safely passed by our planet on September 1, 2017 at over 18 times the Earth-moon distance. Named for nurse Florence Nightingale, it was the biggest near-Earth object to pass so closely since this category of objects was discovered over a century ago. The asteroid is at least 2.7 miles (4.35 km) in diameter. It was expected to reach its peak brightness on August 31; a day later, it was closest to Earth. Several EarthSky friends captured images or video. Thank you all!

The video at the top of this post is a time-lapse – 2 hours of viewing condensed to 30 seconds – from the night of September 3. It’s by Steven Bellavia.

Brian D. Ottum caught the video below of 3122 Florence on the night of August 31: 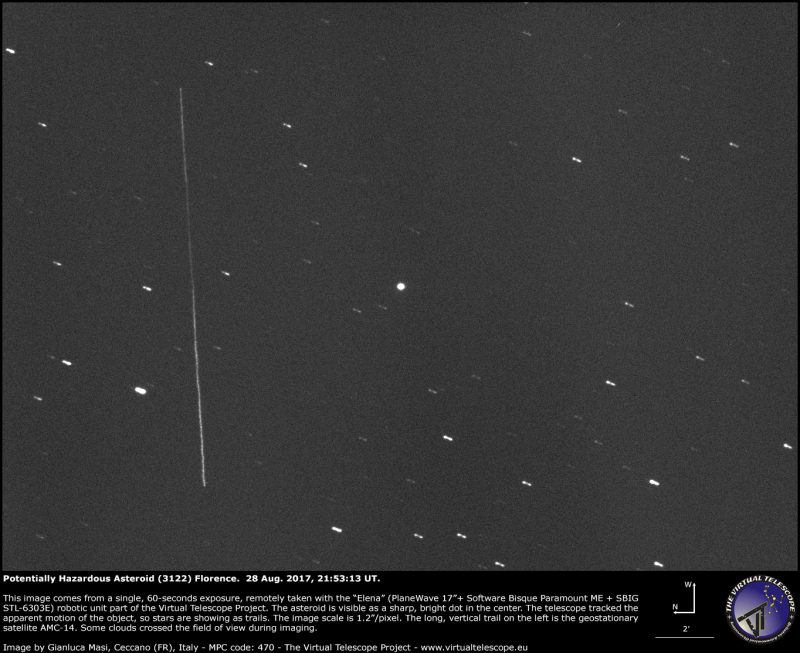 Gianluca Masi of the Virtual Telescope Project acquired this image of asteroid 3122 Florence on August 28, 2017.

Brad Vietje in Peacham, Vermont caught 3122 Florence on August 31. He wrote: “Near-Earth asteroid 3122 Florence zips past HIP 104557 [a star just beyond the limit of visibility to the unaided eye] in this animation from about 100 4-second images (plus a satellite at left). North is to the left in this view.” 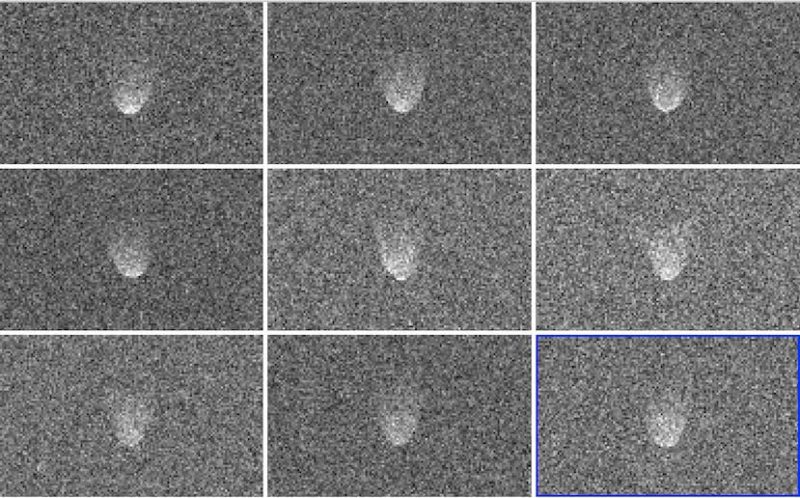 Radar images of asteroid 3122 Florence, obtained from August 29, 2017 via Goldstone Radar in California. Image via NASA/JPL.

Bottom line: Photos and video of asteroid 3122 Florence, a large near-Earth object, which passed Earth on September 1, 2017 and is still visible in our skies.

Read more and see charts that can help you find asteroid 3122 Florence.