The bright planet Mars and faint planet Neptune are in conjunction now, near each other on our sky’s dome. Here’s a fanciful image and a more realistic one. 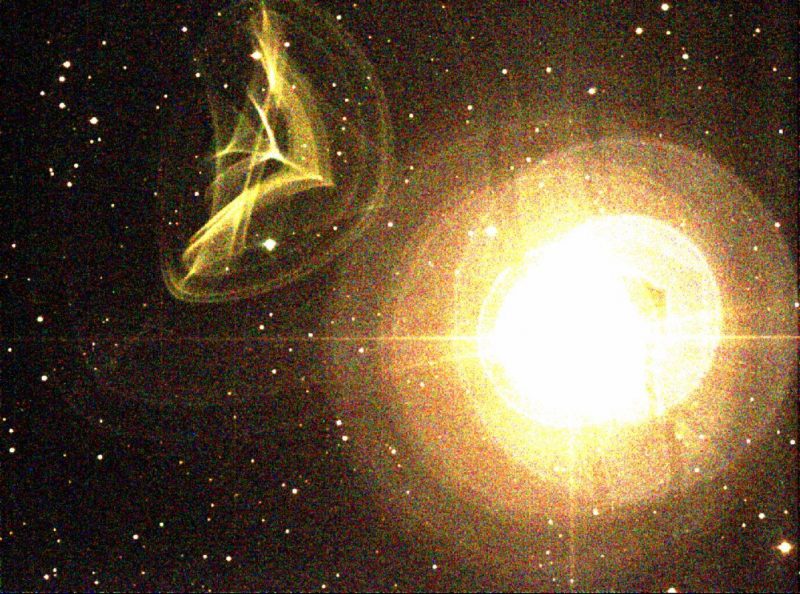 Sometimes lens flares can make an interesting image. That’s the case with this image by Richard Berry. It’s an over-exposed image of Mars and Neptune, captured December 6, 2018. The excess light isn’t in outer space. It’s just collected, in this case in a rather graceful way, on the photo.

Richard Berry – a former editor of Astronomy magazine – caught this fanciful image of Mars (big red blob) and Neptune (bright white dot at about 10 o’clock) on December 6, 2018. It’s a fun pic! Just know that the excess light in this photo isn’t in outer space. It’s caused by the over-exposure, just extra light bouncing around in Richard’s optical system.

Look below for another photo from Richard, a more realistic approximation of what Mars and Neptune look like now, in our sky, as seen through a telescope.

Read more: Mars and Neptune have a close shave 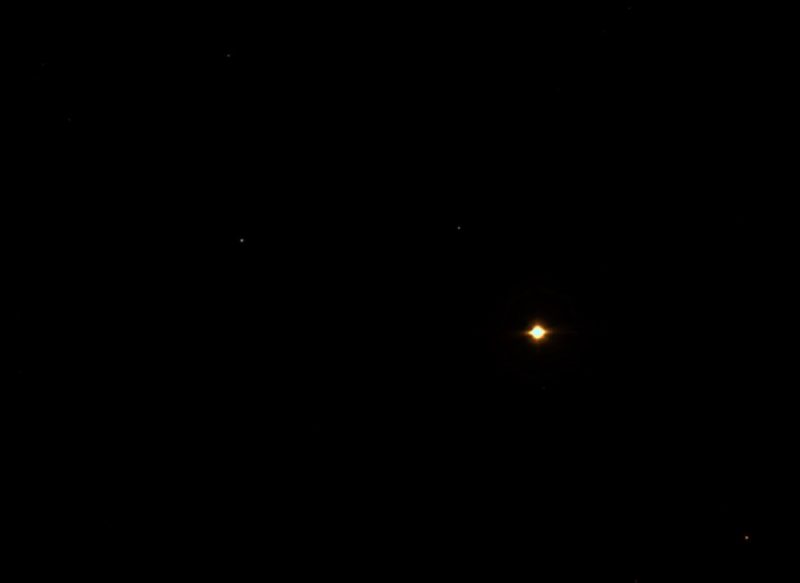 Bottom line: Two photos of Mars and Neptune on December 6, 2018.