There are 110 Messier objects. They are some of the sky’s most beautiful nebulae, star clusters, galaxies, from a list originally published by Charles Messier in 1774. During a Messier Marathon, stargazers with telescopes try to find as many in one night as they can. 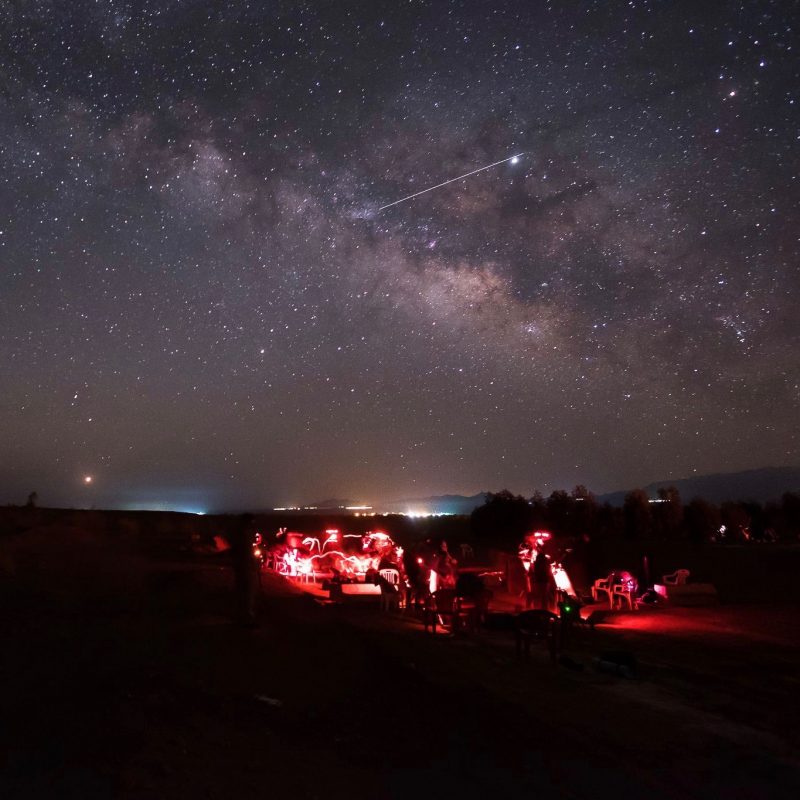 Omid Ghadrdan of Zavare in Isfahan Province in Iran wrote:

On Thursday and Friday morning ( March 7 and 8, 2019), I attended a Messier Marathon. Over 150 stargazers started this dusk-to-dawn competition to look for the Messier objects with their telescopes in the small holy monument near the city of Zavare in Isfahan Province (33.4739632 N, 52.6184811 E). During this contest, around 4:40 a.m. in the Friday morning, Hubble Space Telescope passed above us. It was amazing how NASA joined our competition with its Telescope in the final hour before dawn.

Here’s an explanation of the Messier Marathon, from University of Arizona’s SEDS group (Students for the Exploration and Development of Space), an active group of astronomy enthusiasts, under the auspices of the UA’s Lunar and Planetary Lab:

Messier Marathon is a term describing the attempt to find as many Messier objects as possible in one night. Depending on the location of the observer, and season, there is a different number of them visible, as they are not evenly distributed in the celestial sphere. There are heavily crowded regions in the sky, especially the Virgo Cluster and the region around the galactic center, while other regions are virtually empty of them … This chance effect leads, at considerably low northern latitudes on Earth (best around 25 degrees north), to the chance to observe all 110 Messier objects in one night! This opportunity occurs once every year, around mid- to end-March; the best time to try is of course when the moon is near its new phase.

Check out the best Messier Marathon dates for the coming years, via SEDS.

SEDS also keeps a Messier Marathon results page; here are the results for 2019.

Read more: How to see the Hubble Space Telescope in your sky

Thank you, Omid, and thank you, SEDS!

Bottom line: Photo of the Hubble Space Telescope, streaking above a Messier Marathon, March 2019, in Iran.