We published a photo last Tuesday, showing a mountain’s shadow. We wondered what caused it. Now – with the help of the EarthSky community – the mystery may be solved. 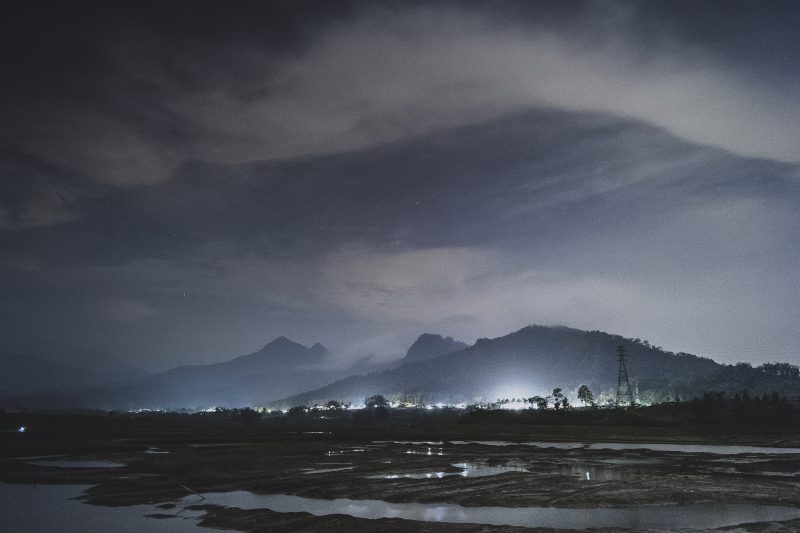 Did you know that mountains sometimes cast shadows on clouds? That’s what’s happening in the photo above. See another mountain shadow and find an explanation from Les Cowley’s wonderful website Atmospheric Optics. But this photo – submitted to EarthSky by Asthadi Setyawan in East Java, Indonesia – was mysterious to us, even up until the time we published it, originally, on November 7, 2017. That is, we could see it was a mountain shadow on a cloud and not, for example, just coincidental, random cloud turbulence. But we couldn’t figure out the shadow’s source. EarthSky ran the photo past sky optics expert Les Cowley for an explanation. Les wrote:

I’m unsure about this … the lens setting was reasonably wide angle and a shadow so high from a westerly object cast onto clouds in the *eastern* sky is impossible 30 minutes after sunset. If the camera clock was accurate (?) then it was indeed 37 minutes after a tropical sunset, and the sky would be quite dark. Under those conditions the sun could not cast shadows even on stratospheric clouds.

The photographer Asthadi Setyawan later confirmed that the sky was quite dark at that time he captured the photo. So …

Were the town lights the shadow’s source? They look as if they might be, don’t they? But Les, who is an expert, said that – given the fact that Asthadi was using a wide angle lens, placing the shadow edge fairly high in the sky – he couldn’t see see how surface lights could be the source.

After we originally published this photo, on November 7, Justin Stanchfield was one of several people who wrote with a comment like this one:

I just finished reading your Cloud Shadow Mystery article (great photo!) and wonder if the shadow of the mountains is being cast from beneath, a combination of city light and moonlight reflecting off the wet fields and water at a relatively sharp angle upwards into the low clouds?

Sounded logical … so I forwarded that explanation to Les, who wrote:

Yes, high clouds and a bright city lights projecting the mountain shadow onto them could fit the picture. The shadowed cloud would be further away from the camera than the mountain, but would appear to be above the latter. A very bright light is needed …

That’s the best explanation we’ve got on this photo so far! Personally, I think it’s a good one. Thank you, Asthadi, Les, Justin and all who commented!

Bottom line: The EarthSky community helped us figure out the source of a mountain shadow on clouds … we think.