Here is Paluweh Volcano – also known as Rokatenda – in eruption on March 26, 2013 as seen by NASA’s Terra satellite. 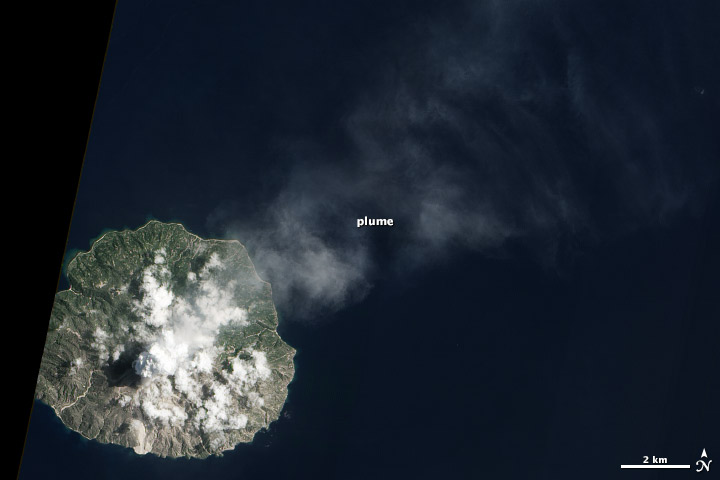 NASA’s Terra satellite captured this natural-color image of the plume of gas and ash emitted by Paluweh Volcano on March 26. This volcano is located on one of Indonesia’s Lesser Sunda Islands, a group of islands in the ocean below Southeast Asia and north of Australia. The island itself is called Palu’e, and the volcano is on its highest point at 875 metres (2,871 ft). Paluweh’s biggest known eruption was in 1928, when it’s said that only 266 people lived on the island. In 2005, volcano appeared to become more active again, and in late 2012 the volcano became very active, spewing volcanic ash, causing island residents living around the mountain to be evacuated to the main island of Flores.

Don’t miss a single Today’s Image. See them all here.