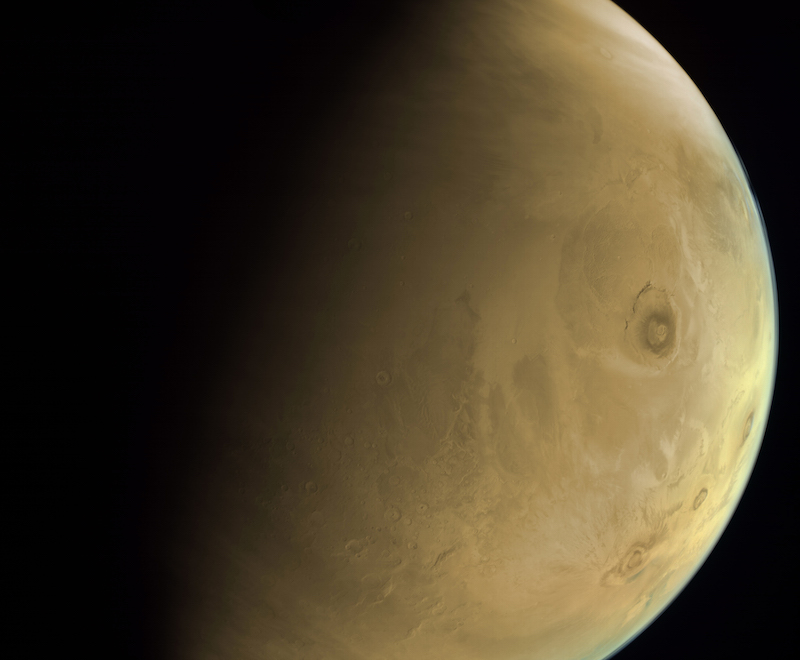 Olympus Mons is the tallest mountain and volcano in the solar system, standing 13.6 miles (21 km) tall, or about 2.5 Mount Everests on top of each other, counted from sea level. This image was captured by instruments onboard the Hope probe at an altitude of 8,100 miles (13,000 km). Hope is the United Arab Emirates’ Mars mission that arrived to the red planet in February 2021, together with 2 other missions, China’s Tianwen-1 and NASA’s Perseverance. Image via UAE Space Agency.

UAE’s Hope probe is one of three Mars missions that arrived in February this year, one after the other. Its instruments are now producing images and data as it orbits the red planet at various altitudes. The image above was released last month and shows Olympus Mons, which with its 21 km (13.6 miles or 72,000 ft) height is the tallest volcano and mountain of the solar system (a good pop-quiz question to keep in mind!). You can also see the three sister volcanoes – the Tharsis Montes – along the edge of the planet from this view.

Olympus Mons, which is latin for Mount Olympus (the tallest mountain in Greece and also where the gods from Greek mythology supposedly hung out), is a so called shield volcano that stands on the edge of the Tharsis, an ancient vast volcanic plateau. It’s massive – on Earth it would cover a substantial portion of France – and is the youngest of the Mars volcanos, formed about 3,700 to 3,000 million years ago during an age called the Hesperian period (this corresponds roughly to the Archean Eon on Earth).

It is believed that Olympus Mons was formed over a long stretch of time by basaltic lava flows, occurring over and over again. The most similar mountains on Earth are the shield volcanoes of the Hawaiian islands. 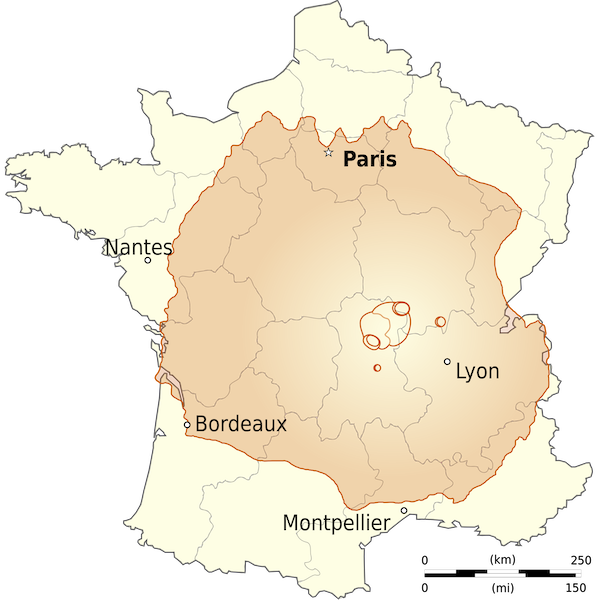 Olympus Mons would cover most of France if it were located on Earth. Image via Sémhur/ Wikimedia Commons. 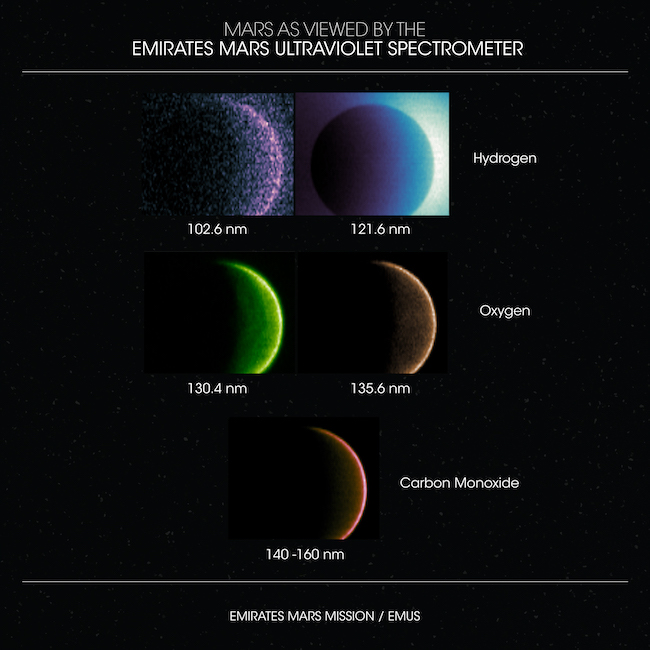 From a high altitude of 36,000 km (22,000 miles), Hope is probing the composition of the martian upper atmosphere at the edge of space in ultraviolet wavelengths (to the right in each of these Mars crescents). From left to right, the colors violet and blue show the reflection of sunlight on hydrogen in the upper atmosphere. Green shows the reflection of sunlight on oxygen. Orange is a bit different, here it is electrons that cause oxygen to glow in a way similar to a fluorescent lamp. Red color shows emission from carbon monoxide molecules. These measurements were done so that researchers can see how the upper and lower atmospheres of Mars are connected and how the atmosphere of Mars has slowly been disappearing out into space during over time. Image via UAE Space Agency. 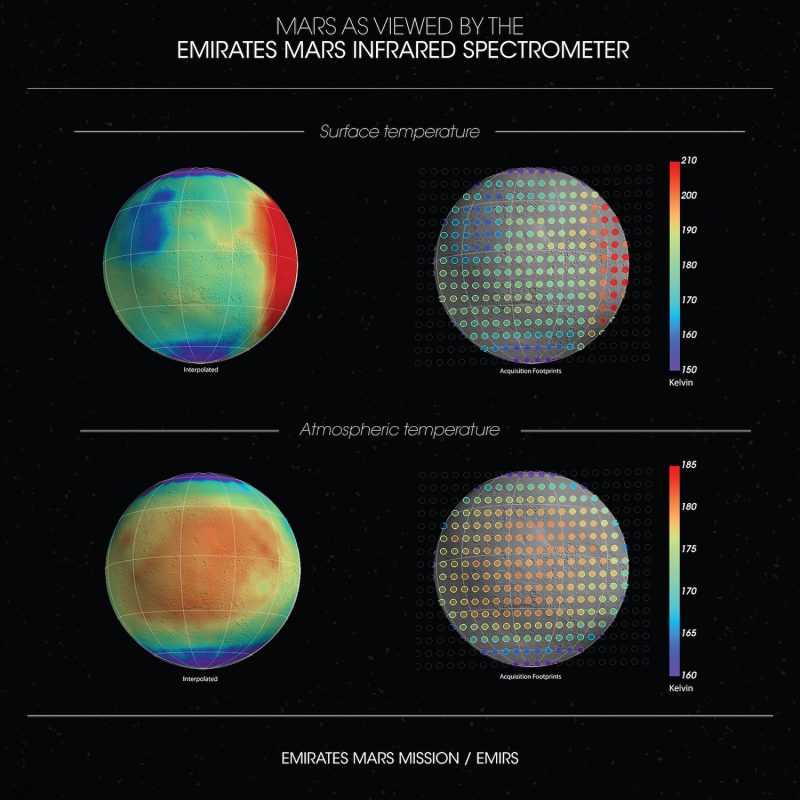 As dawn is approaching on the right side of these images (red hues), Hope measured the temperatures on the nightside (purple -green-blue hues) on these, the first images of many. These are the temperatures on the surface (top row) and at about 25 km above the surface (bottom row), looking at the thermal energy coming from the surface in infrared. The images on the right side show the footprint where the measurements were done, and the images on the left are maps with the temperature measurements overlain and interpolated to form a continuous temperature map. The red region of around 200 Kelvin corresponds to about -100 F or -73 C (convert from Kelvin to degrees Fahrenhet or Celsius here). Image via UAE Space Agency.