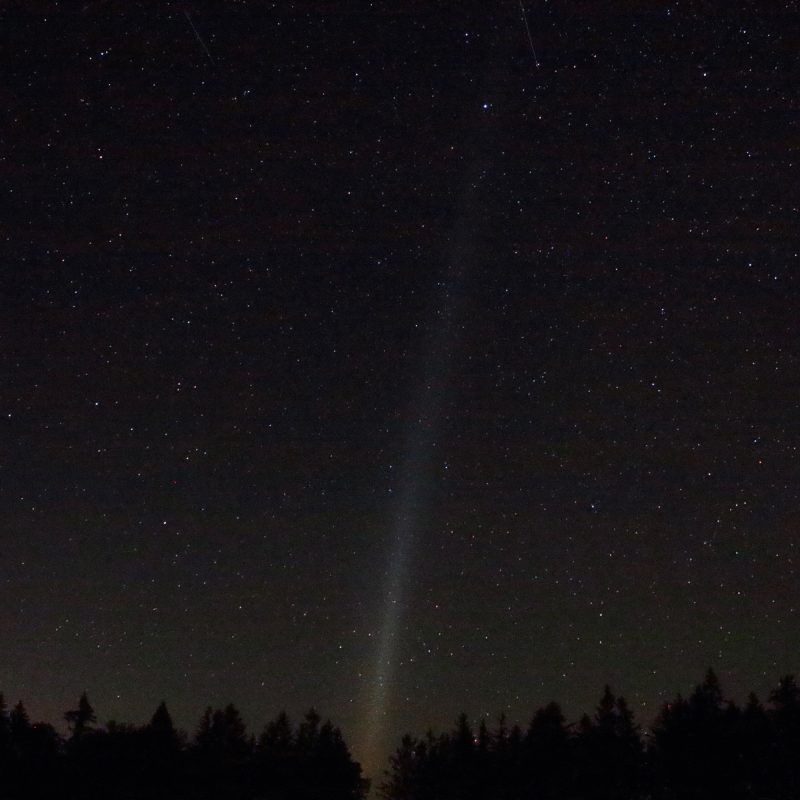 I was at the dark sky site, Cherry Springs State Park, Pennsylvania, last night and got to see a very unusual northern lights display! It was a spike, pointing directly at Polaris, the North Star.

Could it be a sighting the recently studied phenomenon called a Strong Thermal Emission Velocity Enhancement – also known as STEVE – which is the nickname originally given to this light by aurora watchers? The Atlantic described the phenomenon this way:

This new feature differs from the long-studied “classical” aurora in several ways. It can be seen from much closer to the equator than its more famous twin, and it emanates from a spot twice as high in the sky. It was also first described and studied not by cultivated researchers – like those who coined the moniker aurora borealis – but by devoted amateurs. They were among the first to photograph the ethereal streak of purple light, and they were the first to give it a name.

By the way, Steve Bellavia – no relation to the sky STEVE- also sent a short timelapse, which is below:

Source: New science in plain sight: Citizen scientists lead to the discovery of optical structure in the upper atmosphere

Thank you! Your submission has been received!
Oops! Something went wrong while submitting the form.
END_OF_DOCUMENT_TOKEN_TO_BE_REPLACED