New Hubble Space Telescope image of Mars, in honor of the planet’s May 22 opposition, when our planet Earth will sweep between the Red Planet and the sun. 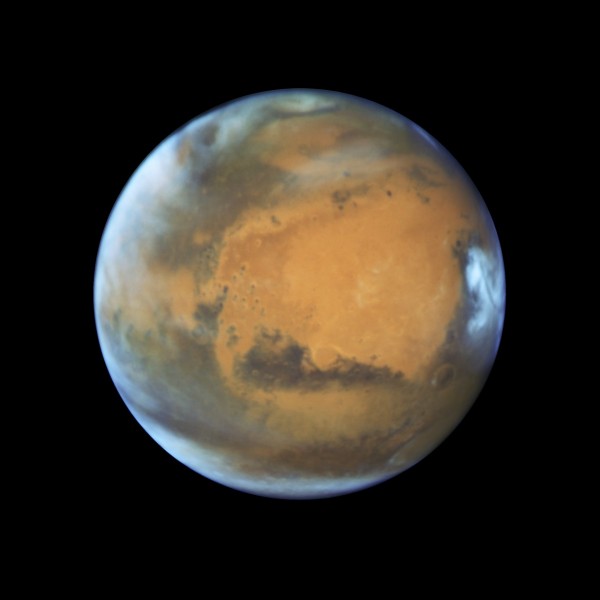 View larger. | Mars, as it was observed by the Hubble Space Telescope on May 12, 2016, shortly before its opposition on May 22. Read more about this image from Hubble. Image via NASA, ESA, Hubble Heritage Team, J. Bell, M. Wolff.

On May 19, 2016, the Hubble Space Telescope released this new image of Mars. It’s in honor of the upcoming passage of Earth between Mars and the sun this weekend, when Mars will be closer and brighter than at any time in the last 10 years.

Mars’ nearness to Earth in our sky right now makes it appear each evening as a very bright reddish “star.” It’s ascending in the eastern sky each night as the sun is sinking below the western horizon.

Mars is lots of fun to view with the eye, and astrophotographers around the globe will be trying to captured its photo. Follow the links below to learn more about this 2016 opposition of Mars and remember to watch for it!

On Saturday, May 21 … Blue moon and red Mars

Guide to Mars’ opposition on May 22

Mars closest to Earth on May 30 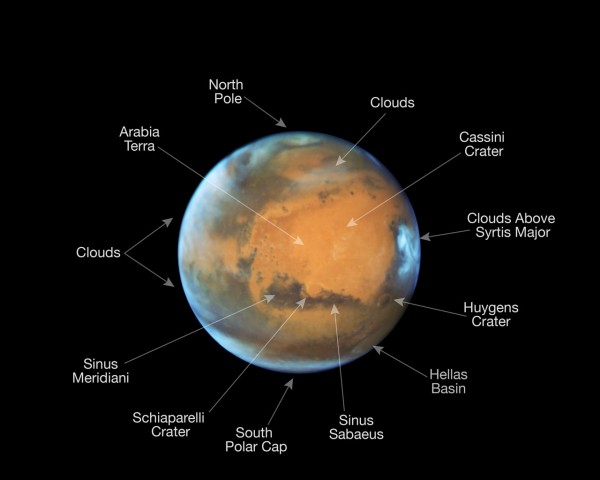 View larger. | Same image as above, with some prominent features on the surface of the planet annotated. Read more about this image from Hubble. Image via NASA, ESA, Hubble Heritage Team, J. Bell, M. Wolff.