Tenerife in the Canary Islands is one of the best places in the world to look up. Here’s the shadow of Roque del Conde, a landmark mountain there, cast on clouds. 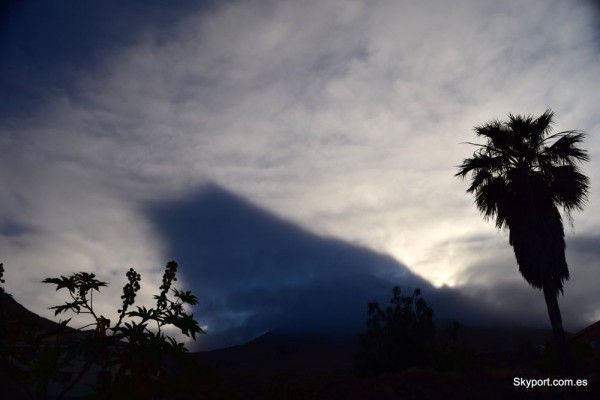 Mountain shadow on clouds, in Tenerife in Spain’s Canary Islands, by Roberto Porto.

Barely above 3,000 feet (1,000 meters) in elevation, Roque del Conde – a tabletop mountain with a huge plateau on its top – is one of the landmarks of the island of Tenerife in the Canary Islands of Spain. On May 9, 2015, Roberto Porto caught the photo above. It’s Roque del Conde’s shadow cast onto the low clouds at sunrise.

Roberto, who is a veterinary surgeon on Tenerife, told EarthSky that his bedroom window overlooks Roque del Conde. He said:

… the first thing every morning is to take a look at the sunrise over this Roque. Never before have I seen this atmospheric optics effect.

But, he said, he’s seen many other amazing sights in the vicinity of Roque del Conde on Tenerife, including red rainbows, virga and displays of mammatus clouds. A few of Roberto’s other photos below.

Lenticular cloud over Roque del Conde, on the island of Tenerife, by Roberto Porto. Click here for more photos and info on lenticular clouds. 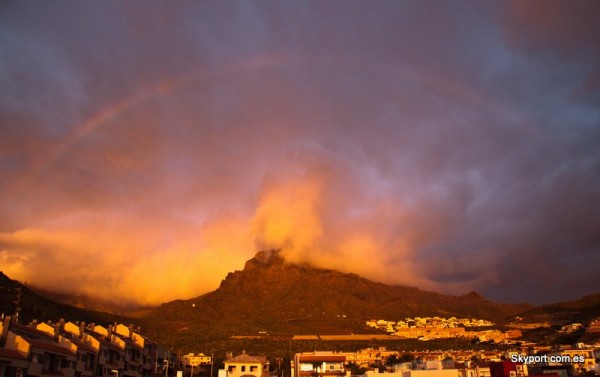 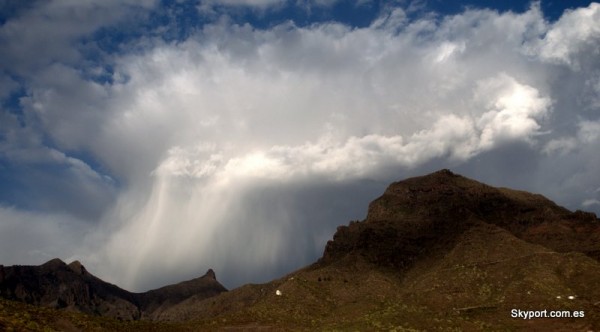 Downpour of rain over Roque del Conde, by Roberto Porto.

By the way, Tenerife is apparently one of the best places on Earth to stargaze and skywatch generally. The UNESCO World Heritage Site’s Starlight Foundation – which aims to preserve clear skies – awarded Tenerife’s Teide National Park with the titles of Starlight Tourist Destination and Starlight Reserve. Read more about Tenerife’s dark skies.