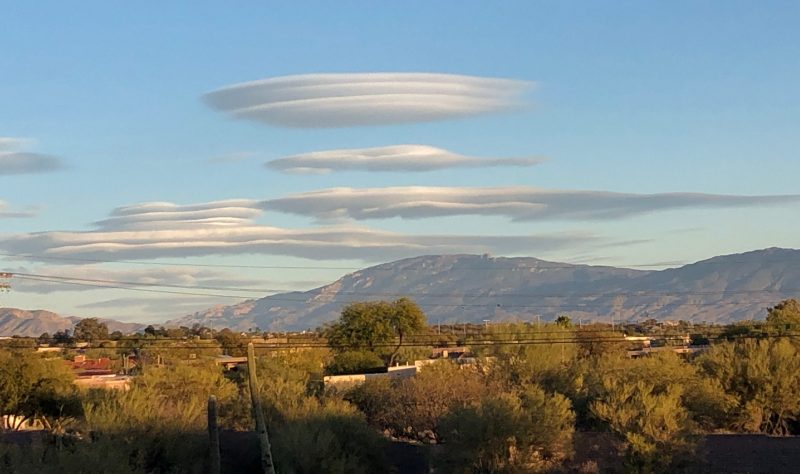 View at EarthSky Community Photos. | Jill Phipps in Tucson, Arizona captured this image on January 18, 2021. She said: “These clouds caught my eye, as I was driving home last night. I had never seen anything like them. To me they looked like flying saucers, or stacks of pancakes.” Thanks for sharing your image with us, Jill!

Enjoy these photos of beautiful lenticular clouds taken in places around the world, and shared with us by our community at EarthSky Facebook and EarthSky Community Photos.

These lens-shaped clouds typically form where stable moist air flows over a mountain or a range of mountains. When this happens, a series of large-scale standing waves may form on the mountain’s downwind side. If the temperature at the crest of the wave drops to the dew point, moisture in the air may condense to form lenticular clouds. As the moist air moves back down into the trough of the wave, the cloud may evaporate back into vapor. So lenticular clouds can appear and disappear relatively quickly. Plus they’re not familiar to people who live in low-lying or flat terrain. And, just to confound things, lenticular clouds have also been known to form in non-mountainous places, as the result of shear winds created by a front. For all of these reasons, lenticular clouds are often mistaken for UFOs (or “visual cover” for UFOs). Enjoy the photos! Thank you to all who posted. 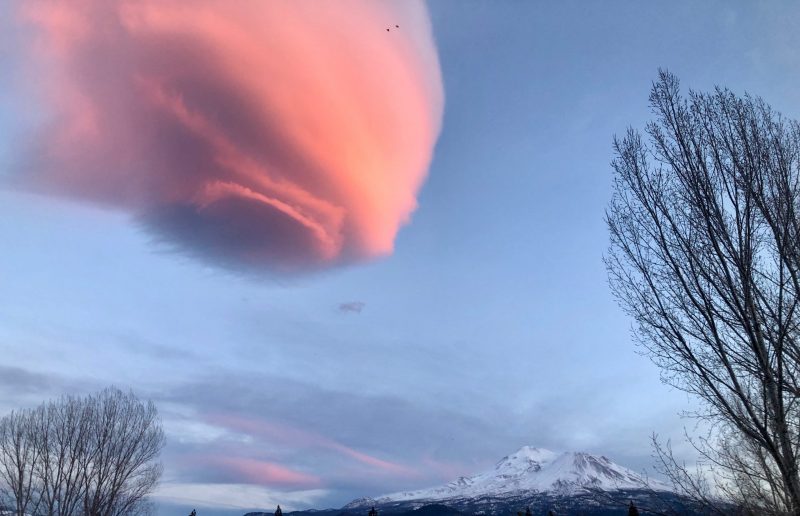 View at EarthSky Community Photos. | Doug Blaney of Weed, California, captured this image on February 12, 2020. It’s one of many lenticular clouds seen in this area. Weed is about 10 miles (16 km) west-northwest of Mount Shasta, which is one of California’s most famous landmarks. The lenticular clouds near Weed, California, got some press coverage recently. Read about them in the Washington Post. Thanks, Doug!

Beautiful shot of lenticular cloud at sunset by Chris Walker in Dayton, Nevada. 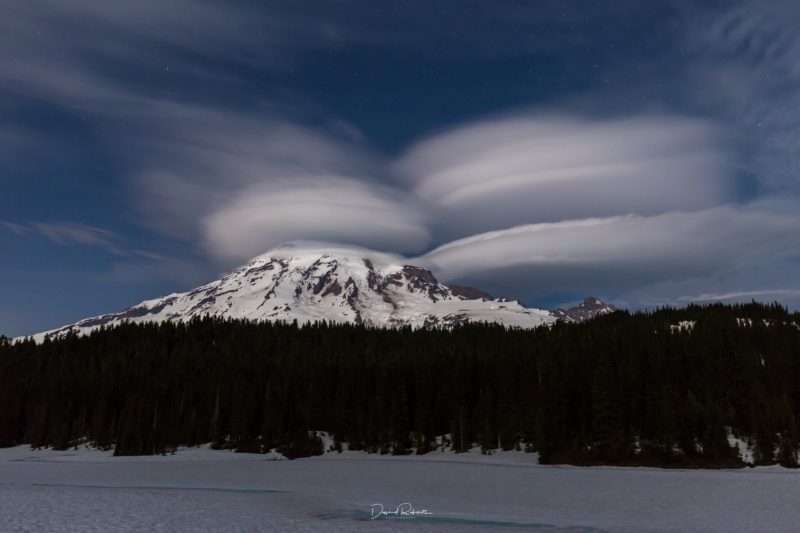 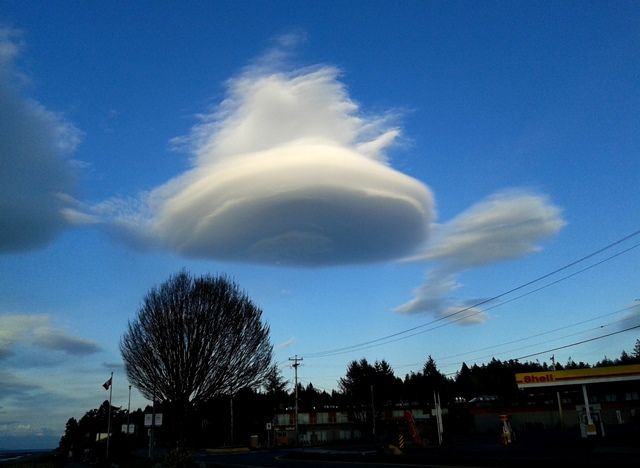 Alba Evangelista Ramos, a Brazilian biologist, captured these rare images of a lenticular cloud from a moving vehicle, near the Haute-Provence Observatory, situated in southeastern France. In this particular case, the “UFO cloud” seems to have been produced by the cold mistral wind that strongly blows over southern France, as it was pushed up the 2,132-foot-high (650-meter-high) plateau of the observatory.

Jan Whiteman captured this photo at Lord Howe Island, a volcanic remnant in the Tasman Sea between Australia and New Zealand.

Shared with EarthSky by Jay Lundstrom, who caught this lenticular cloud near Mount Katahdin, the highest mountain in Maine.

Sarah Fischer wrote, “I came out of my apartment building, and these were right above my head.”

Lenticular cloud over Roque del Conde, on the island of Tenerife, via Roberto Porto.

“Lenticular cloud outside my window in Dublin, Ireland, this morning. I was surprised to see this as we don’t get them too often here,” said Anthony Lynch Photography.

David Marshall captured this lenticular cloud above the Alps in northern Italy.

This photo comes from Michel Studinger of Operation IceBridge. It’s a lenticular cloud over Antarctica.