Do you see the dragon in this green aurora that appeared over Iceland earlier this month? It’s an example of what’s called pareidolia. 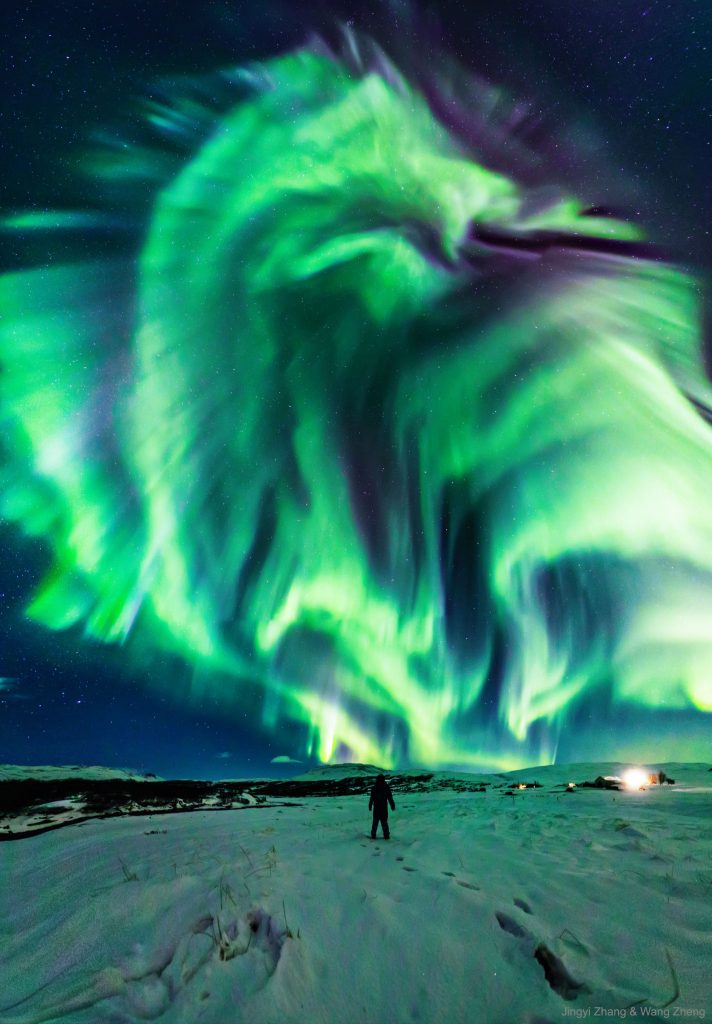 Jingyi Zhang and Wang Zheng captured this stunning dragon shape in an aurora over Iceland in early February 2019. The image ran as the Astronomy Picture of the Day for February 18, 2019, which wrote: “This iconic display was so enthralling that the photographer’s mother ran out to see it and was captured in the foreground.”

Auroras can be stunningly beautiful as they ripple across the sky in all of their colorful glory. These natural light shows are one of the most majestic phenomena that can be seen at high latitudes on Earth (and they happen elsewhere as well, such as on Jupiter and Saturn). Auroras tend to occur on Earth at times when the sun is active, when solar magnetic fields twist around and “burst,” send out charged particles deep into space. The particles that hit Earth’s atmosphere can create auroral displays. The display shown in the photo above – captured by Jingyi Zhang and Wang Zheng over Iceland in February 2019 – happened to have the shape of a dragon.

The dragon shape, of course, was only temporary in the aurora’s shifting curtains of light. It’s an example of pareidolia, that is, seeing recognizable objects or patterns in otherwise random or unrelated objects. Click here to see more examples of pareidolia.

What a sight! Thank you, Jingyi Zhang and Wang Zheng.

By the way, the same auroral display resulted in another photo that resembled a rising phoenix. 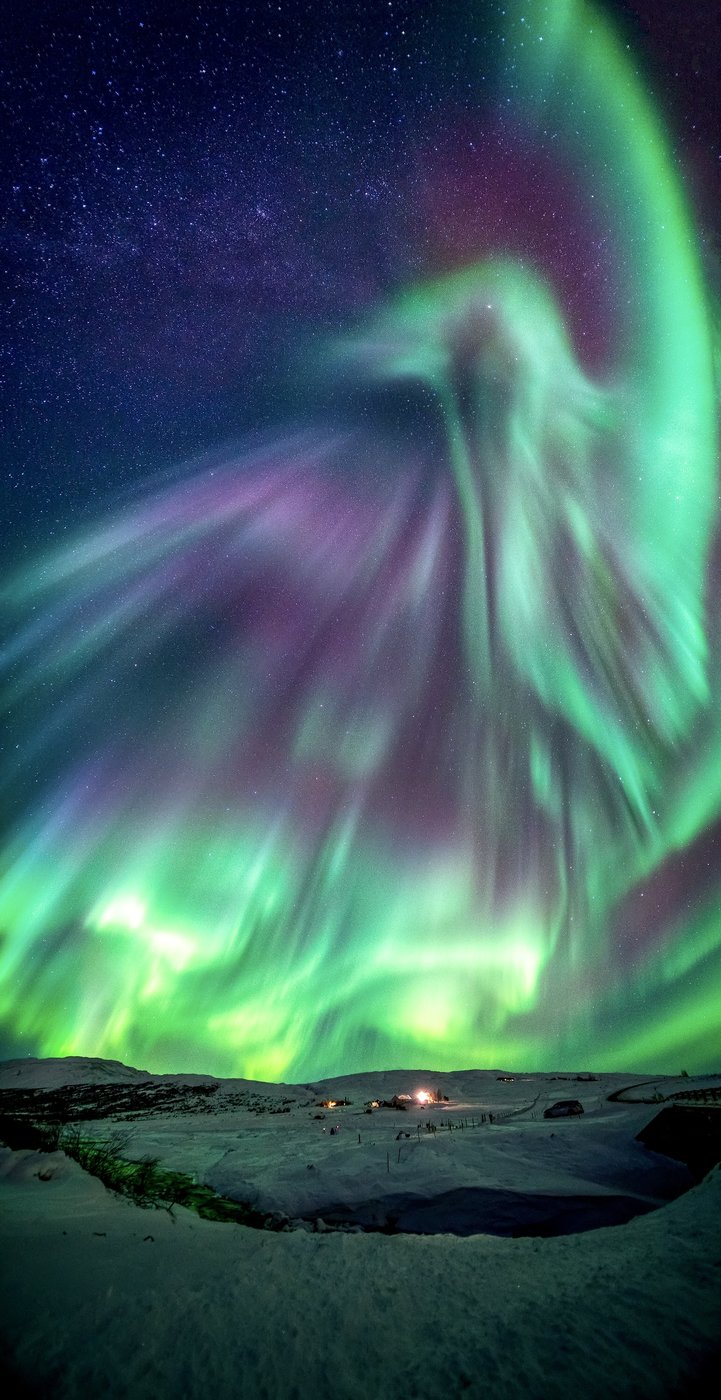 Phoenix shape in an aurora, captured the same night as the dragon shape, above, by Jingyi Zhang and Wang Zheng.

Bottom line: Seeing dragons and phoenixes in auroras are an example of pareidolia, stemming from our human tendency to seek patterns in random information.