Look for Comet PANSTARRS in early April 2013 near the Andromeda Galaxy. 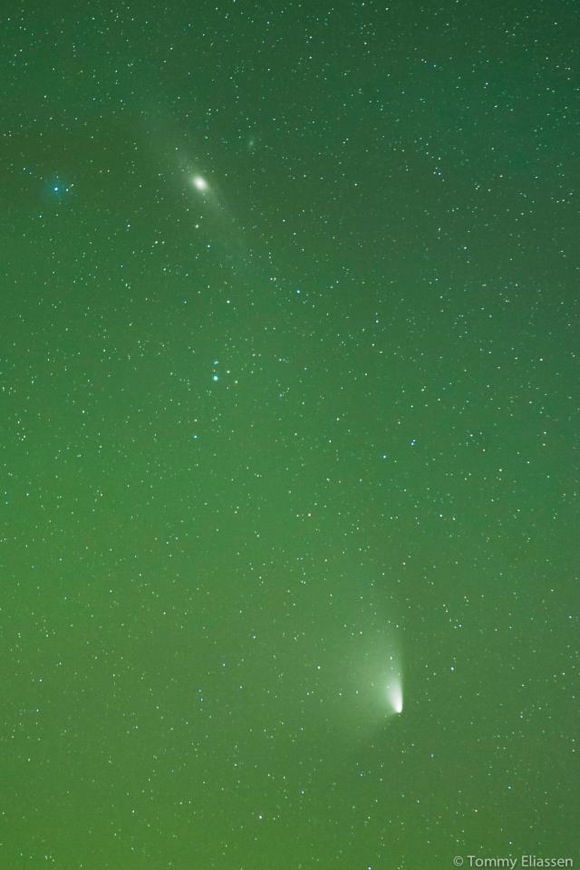 Comet PANSTARRS near the Andromeda Galaxy. Photo from our friend Tommy Eliassen Photography. Thank you, Tommy!

Have you been able to see Comet PANSTARRS? It’s still up there, visible in early April 2013 near the Andromeda Galaxy, as shown in this wonderful photo by EarthSky Facebook friend Tommy Eliassen Photography. The comet is up in the northwest very shortly after sunset – and in the northeast before dawn. To see it, you will need a dark sky, and binoculars.

The comet is in a darker sky now than it was in March. Many are spotting it who could not see it previously. But you’ll still have to search for it!

Check out more of our Today’s Images and remember to keep sending us your great photos via Facebook and/or e-mail: images@earthsky.org.

Everything you need to know about PANSTARRS in early April 2013