One morning over Hong Kong, a striking shadow cast from one cloud to another. Photos by Cammy Li. Explanation by Matthew Chin. 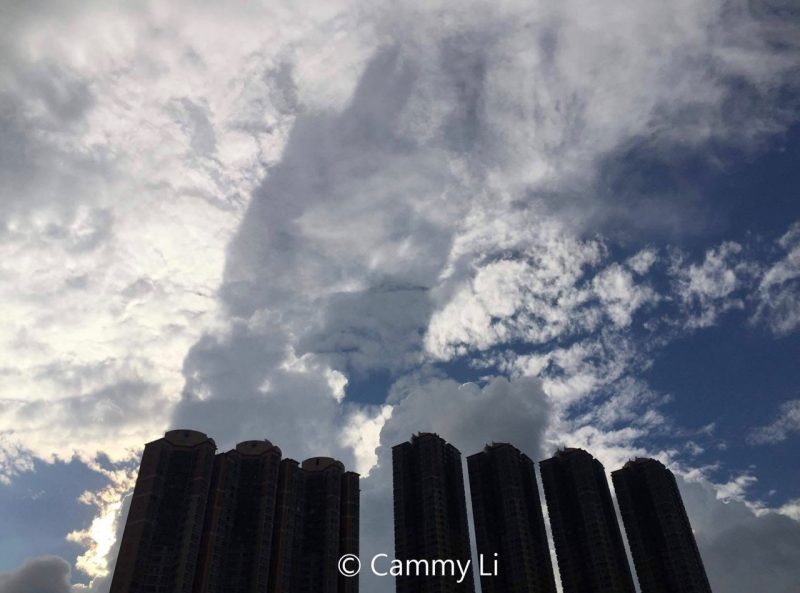 Our friend Matthew Chin in Hong Kong got in touch about a series of cloud shadow photos, taken by his friend Cammy Li (Star Cammy on Facebook). Cammy took the photos on September 10, 2017 at 7:55 a.m. HKT. These are shadows cast from cloud to cloud.

Matthew, who writes a blog on sky optics, created the two images below as an explanation of the shadow’s source. 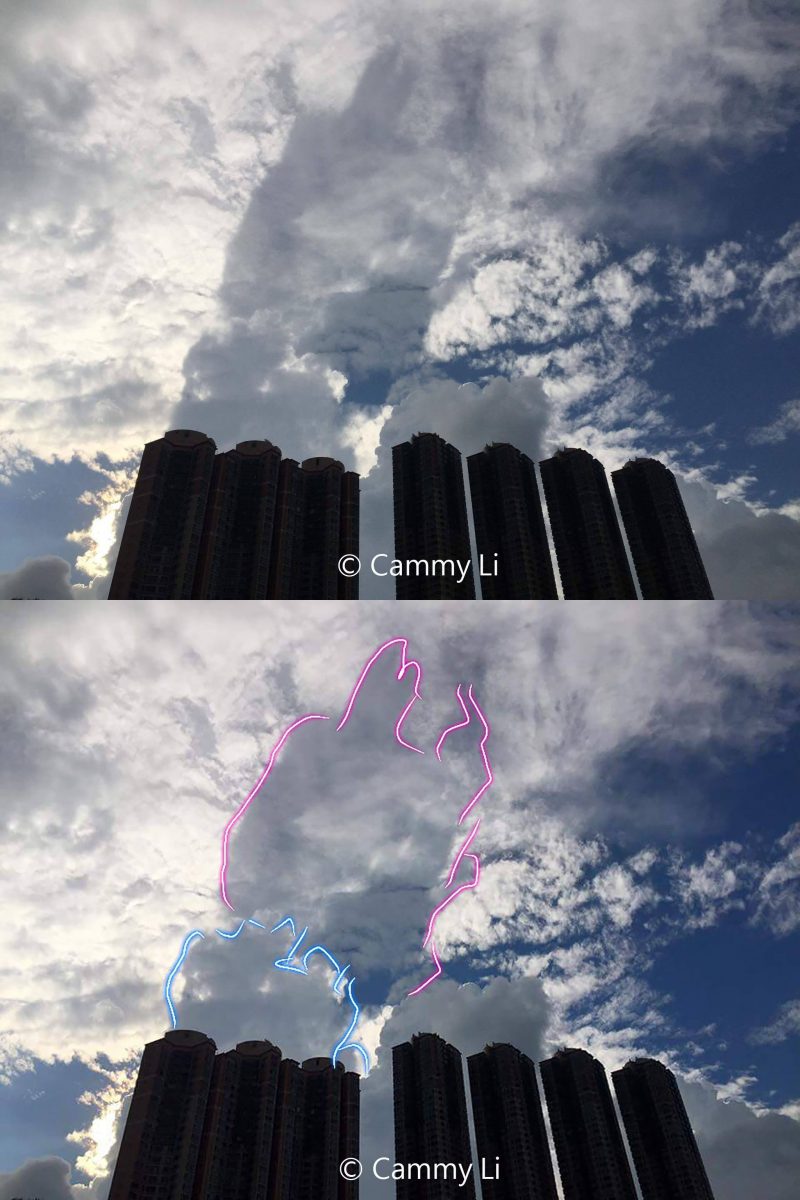 Image #1. Matthew Chin wrote: “This is my explanation drawing: blue is the culprit cloud, red is its shadow cast on a lower layer of translucent cloud. Photos are taken around 07:55 HKT with sun in the east.” 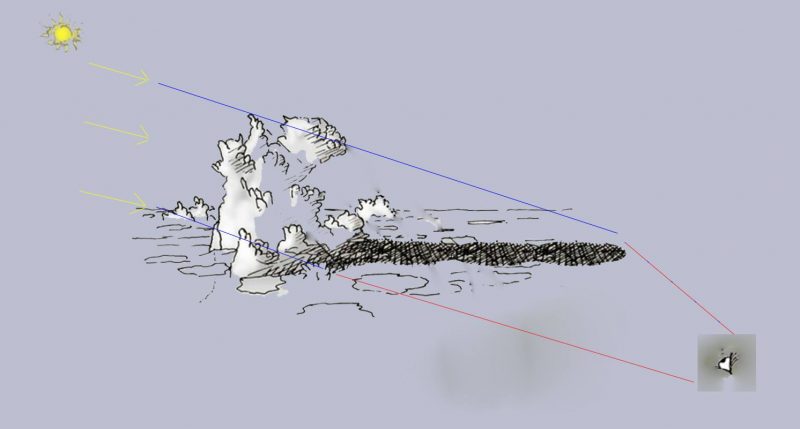 Matthew also pointed to Les Cowley’s discussion of cloud shadows, on the wonderful website Atmospheric Optics. And, as we so often do, we ran this entire post past Les Cowley in advance for his stamp of approval. His comment about Matthew’s explanation: