Learning to live on the moon … underwater

Astronaut teams practice living and working on the moon in the pool at at NASA’s Neutral Buoyancy Lab. 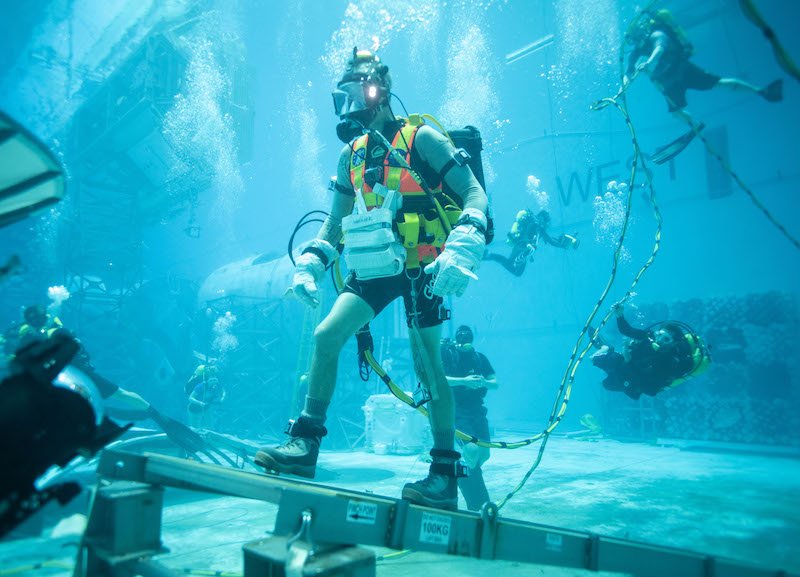 In this image, taken September 5, 2019, in the massive pool at NASA’s Neutral Buoyancy Lab at the Johnson Space Center in Houston, astronaut teams move around, set up habitats, collect samples and deploy experiments as they will on the moon

The astronauts wear weighted vests and backpacks to simulate walking on the moon, which has one-sixth the gravity of Earth. The huge pool is used primarily to train astronauts for spacewalks aboard the International Space Station.