The aerosols from the eruption of Calbuco volcano in Chile caused vivid sunsets in South America last week. Now they’ve crossed the South Atlantic, to Africa. 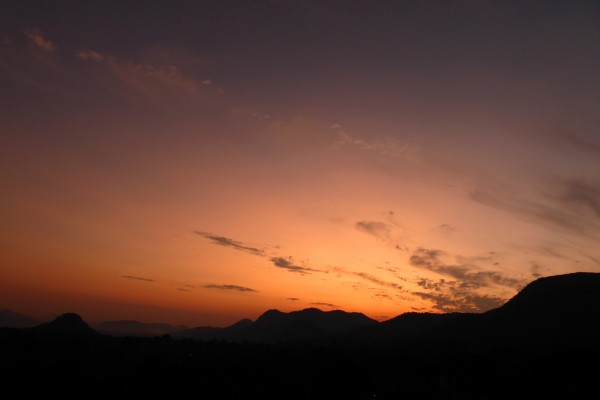 A bright orange glow at sunset on May 3, 2015 – 5:42 p.m. – as captured in Mutare, Zimbabwe. The unusual colors are typical of volcanic sunsets, in this case due to aerosols from Chile’s Calbuco volcano. Photo by Peter Lowenstein.

Animation of the sulfur dioxide plume from Calbuco volcano in Chile, crossing the Atlantic from April 22 to April 28.

Last week, EarthSky published a series of photos of dramatic sunsets in Brazil, caused by the April 22 eruption of Chile’s Calbuco volcano. On Sunday afternoon – May 3, 2015 – Peter Lowenstein in Mutare, Zimbabwe sent us the photos in this post. He said that the aerosols from this volcanic eruption have now crossed the South Atlantic and are causing dramatic sunsets in African skies. He wrote:

I have been keeping a close lookout for the past few days and this evening witnessed the first spectacular volcanic sunset in the skies to the west of Mutare.

I attach three images taken over a twenty minute period which show the development of a bright orange glow at 5:42 p.m., red, magenta and purple crepuscular rays at 5:46 p.m. and then a diffuse lilac-purple glow at 6:07 p.m. just before dark.

I think these may be the first pictures of a Calbuco volcanic sunset to be taken outside South America. 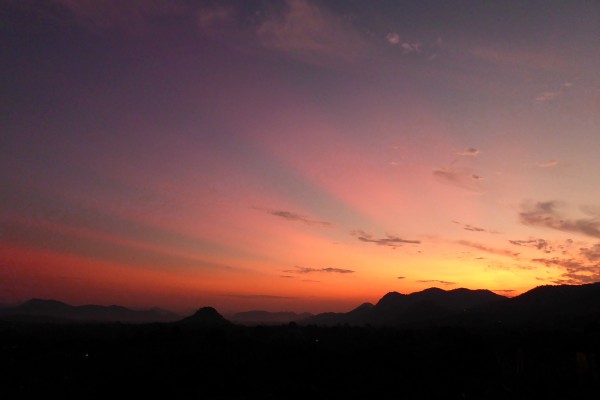 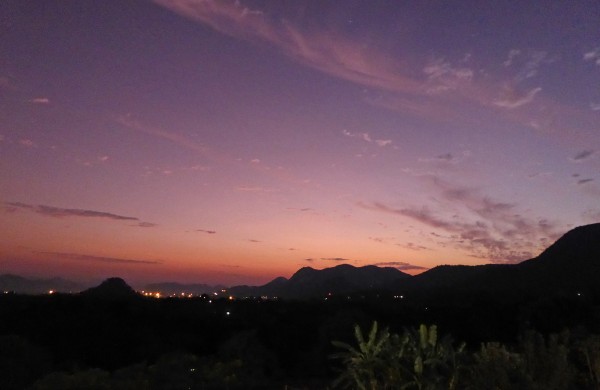 By 6:07 p.m. on May 3, the most vivid red and orange colors were gone, but this beautiful lilac-purple glow lingered in the twilight sky.

Dramatic sunset colors from a volcano in one part of the world can persist for many months and be seen across the globe. When Mount Pinatubo erupted in the Philippines in 1991, its afterglows persisted to varying degrees for about 18 months after the initial explosion, according to Stephen F. Corfidi at NOAA/NWS Storm Prediction Center.

Bottom line: Vivid sunset colors, caused by the eruption of Calbuco volcano in Chile on April 22, have now reached Africa. Photos taken May 3, 2015 by Peter Lowenstein in Zimbabwe. How far will the aerosols from this volcano spread, and how long will they persist? 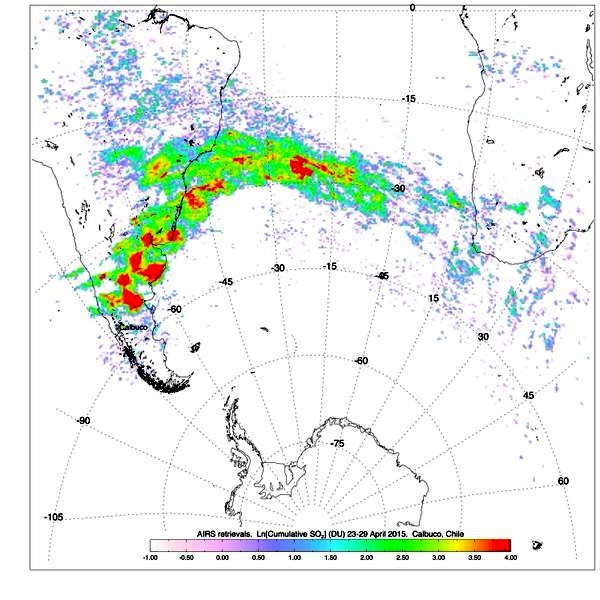