Amazing photos and videos of Chile’s Calbuco volcano, which began erupting Wednesday for the first time in over 42 years.

After remaining dormant for 42 years, the Calbuco volcano in southern Chile erupted twice on Wednesday (April 22, 2015). An ash cloud rose at least 15 kilometers (9 miles) above the volcano, menacing the nearby communities of Puerto Montt (Chile) and San Carlos de Bariloche (Argentina). Some 1,500 to 2,000 people were evacuated; no casualties have been reported so far. The first eruption sent up vast plumes of smoke. The second eruption later that night sent up red-hot rocks and produced a spectacular display of volcanic lightning. Airlines cancelled flights. Lava flowed into Chapo Lake, which lies lies immediately southeast of the volcano, on the same day.

The Chilean Emergency Management Agency and the Chilean Geology and Mining Service (SERNAGEOMIN) ordered evacuations within a 20-kilometer (12 mile) radius around the volcano.

Dario Almonacid posted the video below to YouTube on the day of the eruption.

The volcanic mountain was quiet until tremors began late in the afternoon on April 22. An explosive pyroclastic eruption started at 6:04 p.m. local time (2104 Universal Time) and vigorously spewed ash and pumice for at least 90 minutes. Lava flows were observed from the main vent. A second high-energy pulse of ash occurred around 1 a.m. on April 23 …

Calbuco’s last eruption was in 1972. This volcano is considered one of the top three most potentially dangerous among Chile’s 90 active and 500 potentially active volcanos.

C.I.M.A.T – CENTRO INFORMACIÓN MONITOREO ALERTA TEMPRANA has many photos and videos on its Facebook page, including the three videos below. 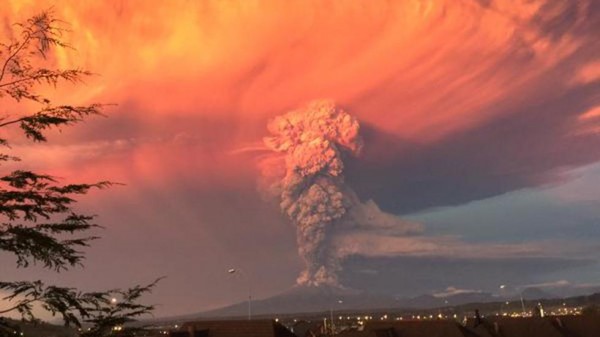 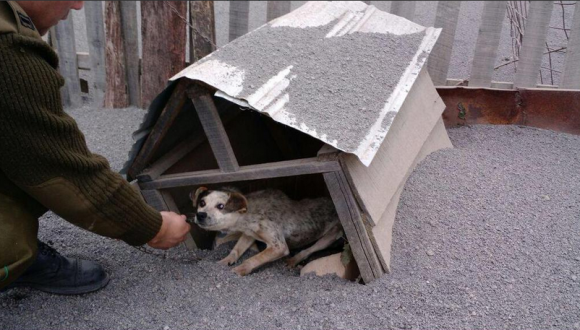 Ash from the volcano blanketed the ground in some places. Photo via C.I.M.A.T – CENTRO INFORMACIÓN MONITOREO ALERTA TEMPRANA 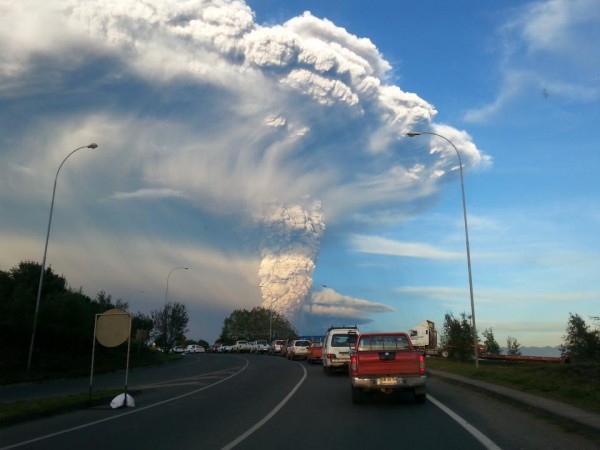 View of the eruption column of Calbuco Volcano from Puerto Varas, Chile, on April 22, 2015, via Aeveraal at Wikimedia Commons 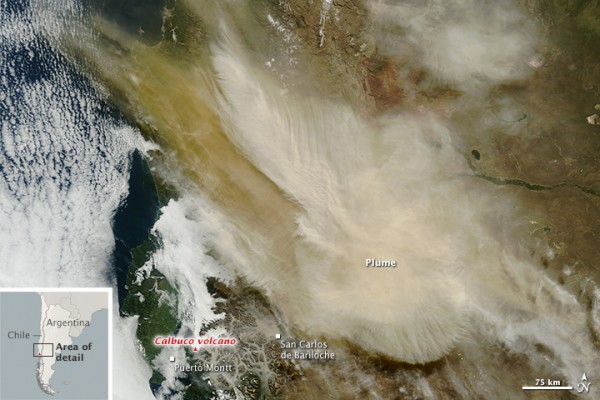 View from space. This is a natural-color image of the extensive ash plume from Calcuco volcano at 11:20 a.m. local time (1420 Universal Time) on April 23, 2015. Image via NASA’s Terra satellite and NASA Earth Observatory

Bottom line: Amazing photos as Chile’s Calbuco volcano erupts for the first time in over 42 years. Some 1,500 to 2,000 people evacuated; no casualties reported so far.