This is a long-exposure photo of the sun, moving across the sky on August 21, 2017. Ian Hennes captured it with a lensless pinhole camera, in this case a beer can. It shows the total eclipse! 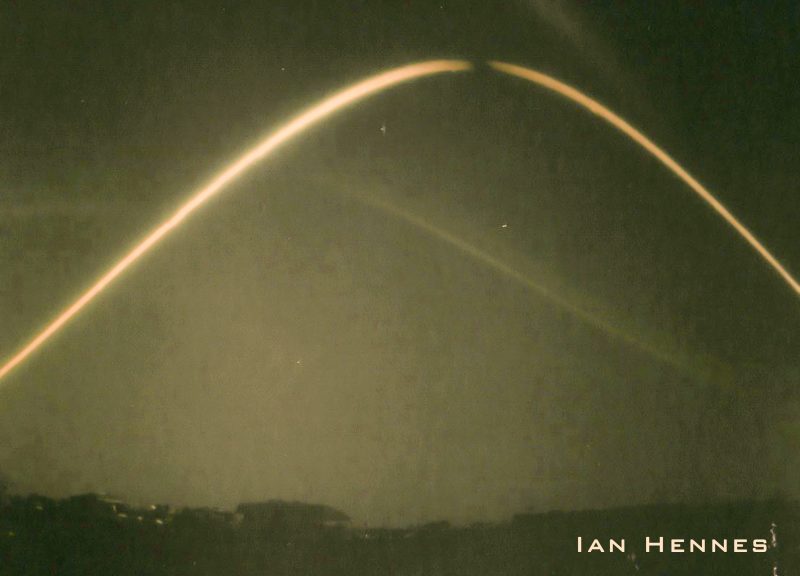 A pinhole image of the sun’s path across the sky, made over 5 hours on August 21, 2017, showing the sun going dark at mid-eclipse. Image by Ian Hennes.

A few years ago, we published an image from Ian Hennes of Medicine Hat, Alberta, Canada, showing the sun’s shifting path across the sky from a summer to a winter solstice. Here’s another similar image from Ian, but it’s the sun’s path for just 5 hours of one day – the day of the August 21, 2017 total solar eclipse – and it clearly shows the totally eclipsed sun going dark over Ian’s observing location, just north of Rexburg, Idaho. Ian wrote:

You had previously enjoyed my ultra-long pinhole exposure from solstice to solstice, so I thought you might like the pinhole photo I took at the total eclipse. It is a 5-hour, single exposure, using only a pinhole camera. Eclipse is clearly visible.

Ian said he used the following equipment to obtain this image:

I take a beer can, put photo paper inside, and make a tiny pinhole in the can. Then I place it where I want to expose, tape it solid, and leave it for hours in this case, but weeks or months in other cases. Then I take the can down, remove the paper, and scan it into the computer. The sun has burned a dark image on the paper, so I ‘invert’ it with software to ‘develop’ the negative image.

That’s it. It’s a unique style of photography that I’ve been doing the past few years, around my home town and while traveling. 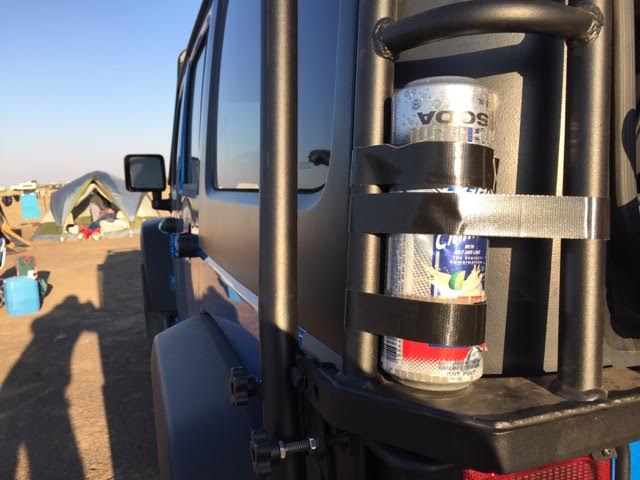 Here’s an image of Ian’s setup on his brother-in-law’s jeep. There’s a tiny pinhole in the middle of the blue area on the can. You can also see he used another can, cut in half, for the lid. No light can enter, except through the pinhole landing on the paper. This setup exposed the eclipse for 5 hours straight, one exposure, and resulted in the image at the top of this page. Photo by Ian Hennes.

By the way, want to make your own pinhole viewing system – with a cereal box – for the next eclipse? On his Facebook page, Ian recommended the following video:

Bottom line: Long-exposure pinhole photo by Ian Hennes, of the sun moving across the sky on August 21, 2017. You can see when the eclipse happened, because, on the photo, the sun goes dark. Thank you, Ian!