Four views of the sun taken by the SOHO solar observatory on the morning of the March 2019 equinox. 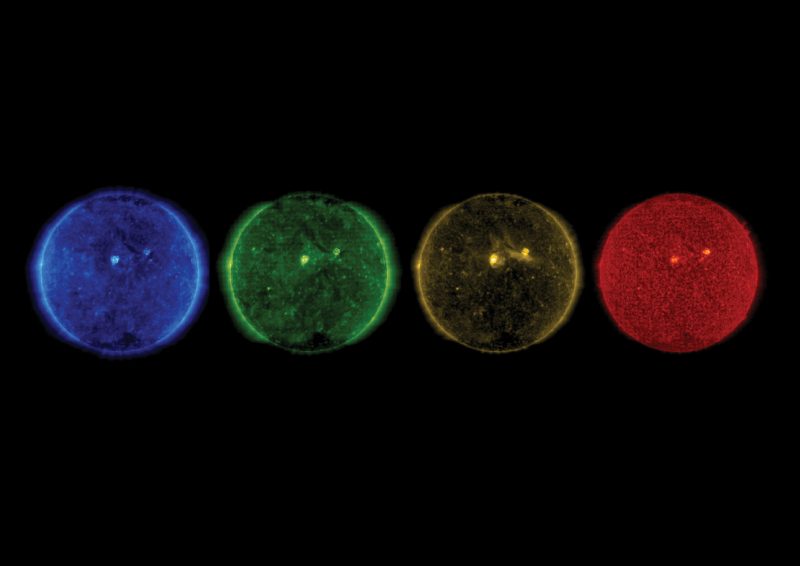 The above montage of images shows what SOHO saw early on equinox morning. The four images show the sun at different ultraviolet wavelengths. From left to right, the images shown in this view were taken at increasing wavelengths – 171 angstroms (Å), 195 Å, 284 Å and 304 Å, respectively – with SOHO’s Extreme ultraviolet Imaging Telescope, which currently takes snapshots of the sun twice a day.

Each wavelength channel is sensitive to solar material at a different range of temperatures, peering at different heights into the sun’s atmosphere. From left to right, the brightest material in each image corresponds to temperatures of 1 million, 1.5 million, 2 million and 60,000–80,000 degrees C (1.8 million, 2.7 million, 3.6 million and 100,000-144,000 F), respectively.

Bottom line: Four images of the sun by the SOHO solar observatory taken on the March 2019 equinox.