What will happen when our sun dies?

It won’t happen soon, not for another 5 billion years. Our sun’s fate, here. 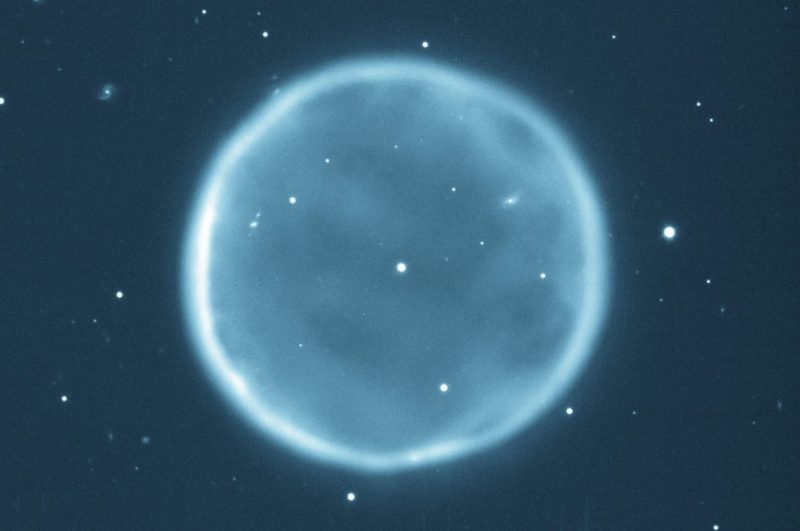 An example of a planetary nebula, Abell 39. Five billion years from now, our own sun will look like this, when it goes through the planetary nebula stage of star death. Image via WIYN/NOAO/NSF/University of Manchester.

What does death mean, for the sun? It means our sun will run out of fuel in its interior. It’ll cease the internal thermonuclear reactions that enable stars to shine. It’ll swell into a red giant, whose outer layers will engulf Mercury and Venus and likely reach the Earth. Life on Earth will end. If the sun were more massive – estimates vary, but at least several times more massive – it would explode as a supernova. So … no supernova. But what? What happens next? An international team of astronomers recently used a new stellar data-model that predicts the life cycle of stars to answer this question.

Their research is published in the peer-reviewed journal Nature Astronomy. It suggests that the sun is almost exactly the lowest mass star that – at the end of its life – produces a visible, though faint, planetary nebula. 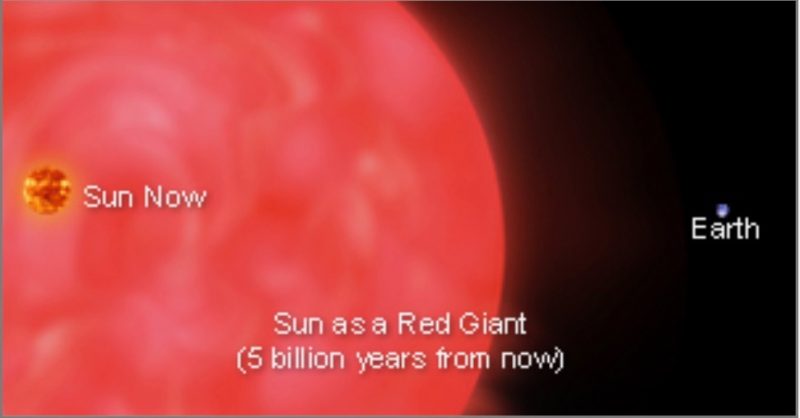 Artist’s concept of our sun as a red giant. Image via Chandra X-ray Observatory.

The name planetary nebula has nothing to do with planets. It describes a massive sphere of luminous gas and dust, material sloughed off an aging star. In the 1780s, William Herschel called these spherical clouds planetary nebulae because, through his early telescope, planetary nebulae looked round, like the planets in our solar system.

Astronomers already knew that 90 percent of all stars end their active lives as planetary nebulae. They were reasonably sure our sun would meet this fate. The key word here is visible. For years, scientists thought the sun has too low mass to create a visible planetary nebula.

Albert Zijlstra of the University of Manchester in England is a co-author of the study. He said in a statement:

When a star dies it ejects a mass of gas and dust – known as its envelope – into space. The envelope can be as much as half the star’s mass. This reveals the star’s core, which by this point in the star’s life is running out of fuel, eventually turning off and before finally dying.

It is only then the hot core makes the ejected envelope shine brightly for around 10,000 years – a brief period in astronomy. This is what makes the planetary nebula visible. Some are so bright that they can be seen from extremely large distances measuring tens of millions of light-years, where the star itself would have been much too faint to see.

Read more about this study from University of Manchester

By the way … what next? Eventually, the planetary nebula will disperse and fade. With its thermonuclear fuel gone, the sun will no longer be able to shine. The immensely high pressures and temperatures in its interior will slacken. The sun will shrink down to become a dying ember of a star, known as a white dwarf, only a little larger than Earth. Artist’s concept of our sun as a white dwarf. Image via Chandra X-ray Observatory.

Bottom line: A study suggests our sun is about the lowest mass star that – at the end of its life – produces a visible, though faint, planetary nebula. What that is … and more on the fate of our sun, here.

Source: The mysterious age invariance of the cut-off the Planetary Nebula Luminosity Function