William Herschel spotted Uranus in 1781 during a routine survey of the stars. It was the 1st new planet found since ancient times. 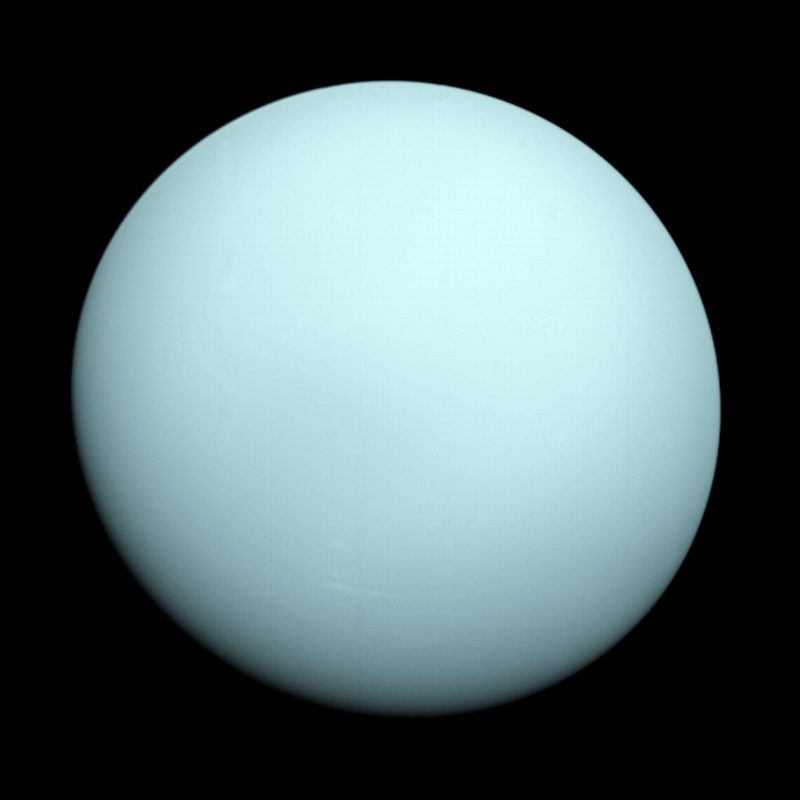 Pale blue Uranus as seen by Voyager 2 in 1986. Voyager 2 is the only spacecraft ever to have glimpsed Uranus up close. Image via NASA.

March 13, 1781. The seventh planet – Uranus – was discovered on this date, completely by accident. British astronomer William Herschel was performing a survey of all stars of at least magnitude 8 – stars slightly too faint to be seen with the eye alone, in other words. That’s when he noticed a very faint object – only barely above the limit for viewing with the eye – that that moved in front of the fixed stars. This movement clearly demonstrated the object was closer to us than the stars. At first he thought he had found a comet. Later, he and others realized it was a new planet in orbit around our sun, the first new planet discovered since ancient times.

Astronomers later learned they had observed Uranus as far back as 1690. They’d just never really noticed it before. It was Herschel who first realized the true nature of this distant light in our sky. 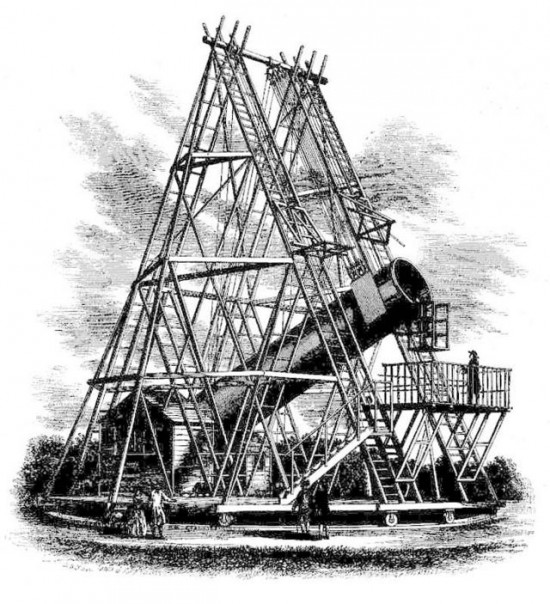 William Herschel’s famous 40-foot (12-meter) telescope, constructed between 1785 and 1789 at Observatory House in Slough, England. It was the largest telescope in the world for 50 years. Image via Wikimedia Commons.

Herschel proposed to name the object Georgium Sidus, after King George III, but those outside of Britain weren’t pleased with the idea. Instead, on the suggestion of astronomer Johann Elert Bode, astronomers decided to follow the convention of naming planets for the ancient gods.

Uranus – an ancient sky god, and one of the earliest gods in Greek mythology – was sometimes called Father Sky and was considered to be the son and husband of Gaia, or Mother Earth.

King George III was pleased, whatever the name. As a result of Herschel’s discovery, the king knighted him and appointed him to the position of court astronomer. The pension attached let Herschel quit his day job as a musician and focus his full attention on observing the heavens. He went on to discover several moons around other gas giant planets. He also compiled a catalog of 2,500 celestial objects that’s still in use today. 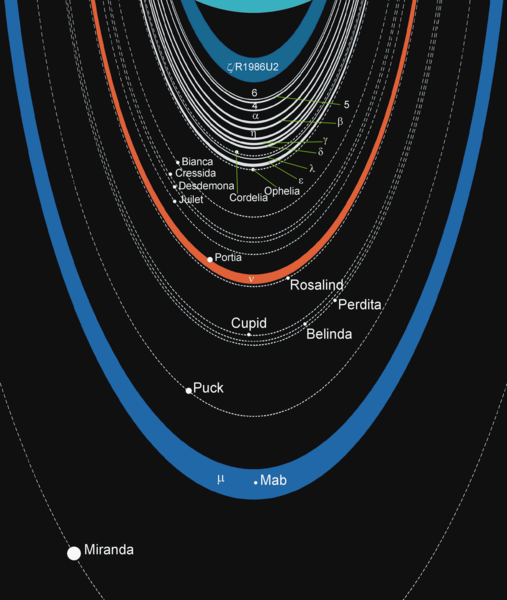 View larger. | Today, Uranus is known to possess a complicated ring system (although nowhere near as complicated as the rings encircling Saturn). In this schematic, the rings are shown in solid color and the orbits of moons in dotted lines. Image via Wikimedia Commons.

In 1977, astronomers using the Kuiper Airborne Observatory made another serendipitous discovery – of rings around the planet Uranus. That discovery made Uranus the second known ringed planet in our solar system.

The closest we humans have come to Uranus was in 1986, when the Voyager 2 spacecraft swung by the planet. At its closest, the spacecraft came within 81,500 kilometers (50,600 miles) of Uranus’s cloudtops on Jan. 24, 1986. Voyager 2 radioed thousands of images and voluminous amounts of other scientific data on the planet, its moons, rings, atmosphere, interior and the magnetic environment surrounding Uranus. 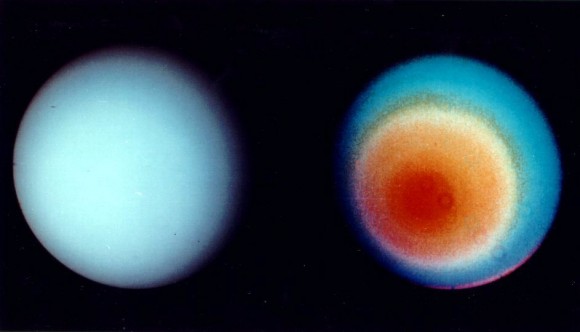