The M6.5 solar flare on the morning of April 11, 2013, was also associated with an Earth-directed coronal mass ejection (CME), another solar phenomenon that can send billions of tons of solar particles into space. The April 11 CME is expected to reach Earth one to three days later. CMEs can affect electronic systems in satellites and on the ground. Experimental NASA research models show that the CME began at 3:36 a.m. EDT on April 11, leaving the sun at over 600 miles per second (1,000 km per second). 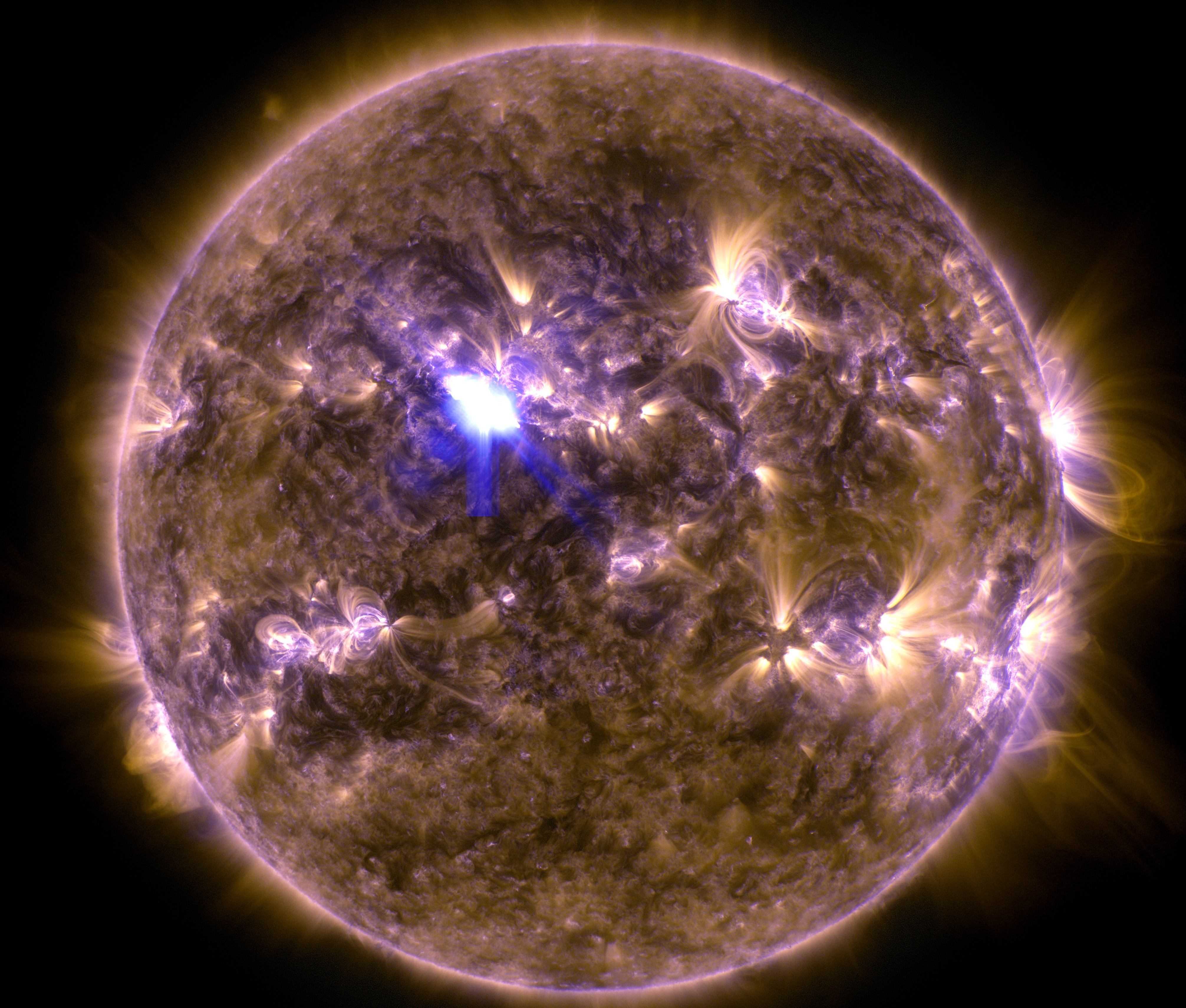 Earth-directed CMEs can cause a space weather phenomenon called a geomagnetic storm, which occurs when they connect with the outside of the Earth’s magnetic envelope, the magnetosphere, for an extended period of time.

The recent space weather also resulted in a weak solar energetic particle (SEP) event near Earth. These events occur when very fast protons and charged particles from the sun travel toward Earth, sometimes in the wake of a solar flare. These events are also referred to as solar radiation storms. Any harmful radiation from the event is blocked by the magnetosphere and atmosphere, so cannot reach humans on Earth. Solar radiation storms can, however, disturb the regions through which high frequency radio communications travel.

Bottom line: The sun emitted an M6.5 solar flare on the morning of April 11, 2013. It was associated with a Earth-directed CME, which is expected to encounter Earth one to three days from now. Aurora alert for this weekend!