“Cassini managed to survive for 91 seconds in this epic battle, before tipping over backward during the last 8 seconds and then finally losing radio contact with Earth.” 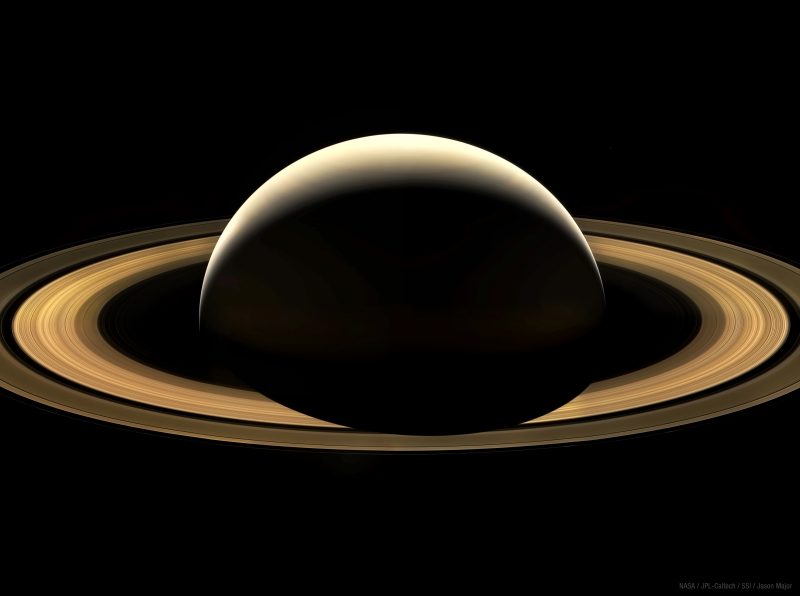 The final full view of Saturn from Cassini, on Sept. 13, 2017. Image via NASA/JPL-Caltech/SSI/Jason Major/AmericaSpace.

This article was originally published at Americaspace.com. Reprinted here with permission.

It has been over a month now since the Cassini spacecraft took its final plunge into Saturn’s atmosphere, ending an incredible mission of 13 years at the ringed giant planet. The probe continued collecting scientific data until the very last moments, and now engineers have been able to reconstruct what happened to it as it met its fate.

The descent into the thick atmosphere was a fiery one with Cassini being increasingly buffeted and battered by atmospheric winds. At first however, the spacecraft was gently rocking back and forth by only fractions of a degree as it made its final approach to Saturn, with only Saturn’s gravity trying to tug at and rotate Cassini. 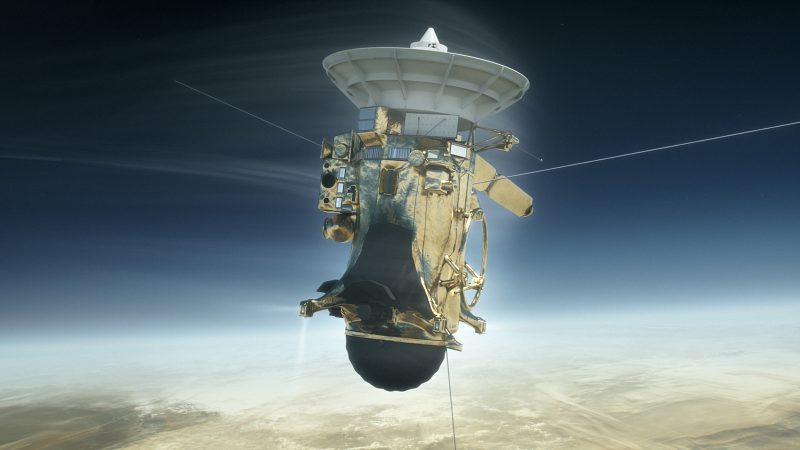 Illustration of Cassini during its plunge into Saturn’s atmosphere. Image via NASA/JPL-Caltech/AmericaSpace. 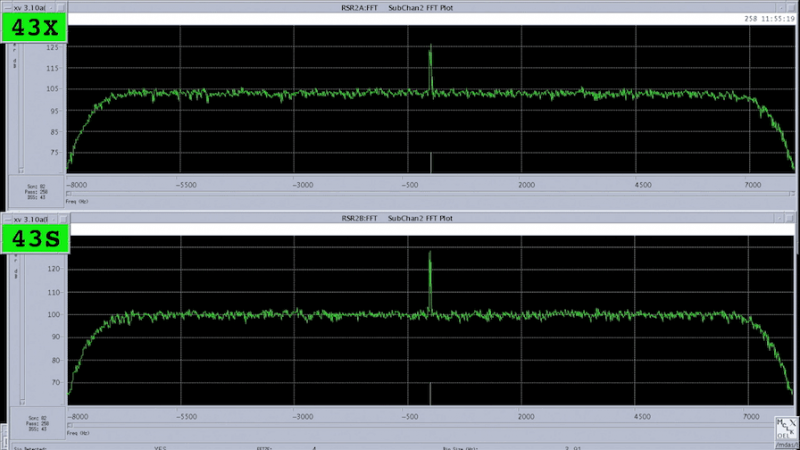 Graph showing Cassini’s X- and S-band radio signals as they disappeared from mission control on Sept. 15, 2017. Image via NASA/JPL-Caltech/AmericaSpace.

To keep the antenna pointed at Earth, we used what’s called ‘bang-bang control. We give the spacecraft a narrow range over which it can rotate, and when it bangs up against that limit in one direction, it fires a thruster to tip back the other way.

That range was only two milliradians, equal to 0.1 degree. According to the reconstructed data, Cassini was subtly correcting its orientation until about three minutes before final loss of signal.

As Cassini plunged deeper into the atmosphere, the turbulence increased; even though the atmosphere was still tenuous, at about 1,200 miles (1,900 km) above the cloud tops, it began to push against the spacecraft’s 36-foot (11-meter) long magnetometer boom. As a result, Cassini rotated slightly in the backward (aft) direction. Cassini’s thrusters fired in response, to keep the boom from rotating even more, and then began firing longer and more often. 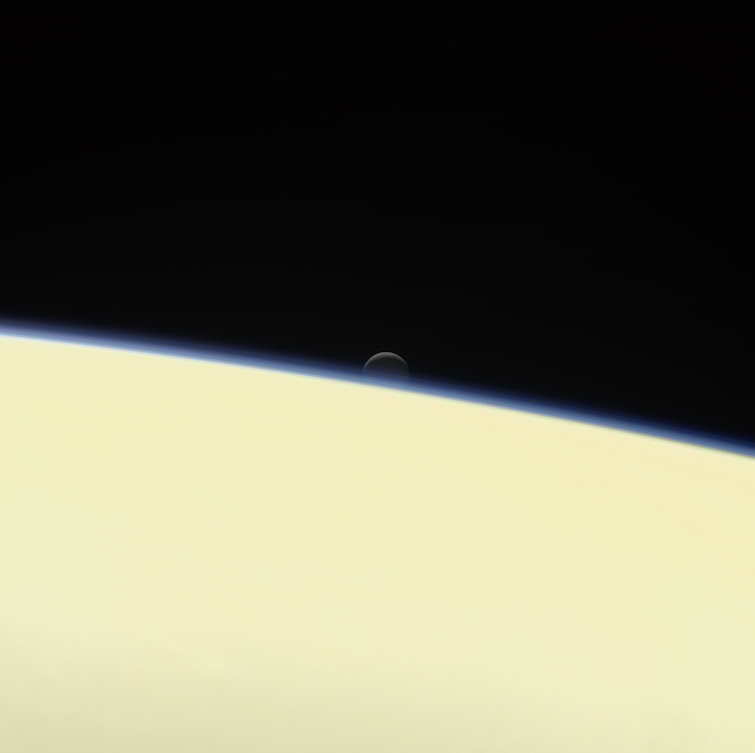 Cassini’s last look at the ocean moon Enceladus as it sets behind the limb of Saturn on Sept. 13, 2017. Photo via NASA/JPL-Caltech/Space Science Institute/AmericaSpace. 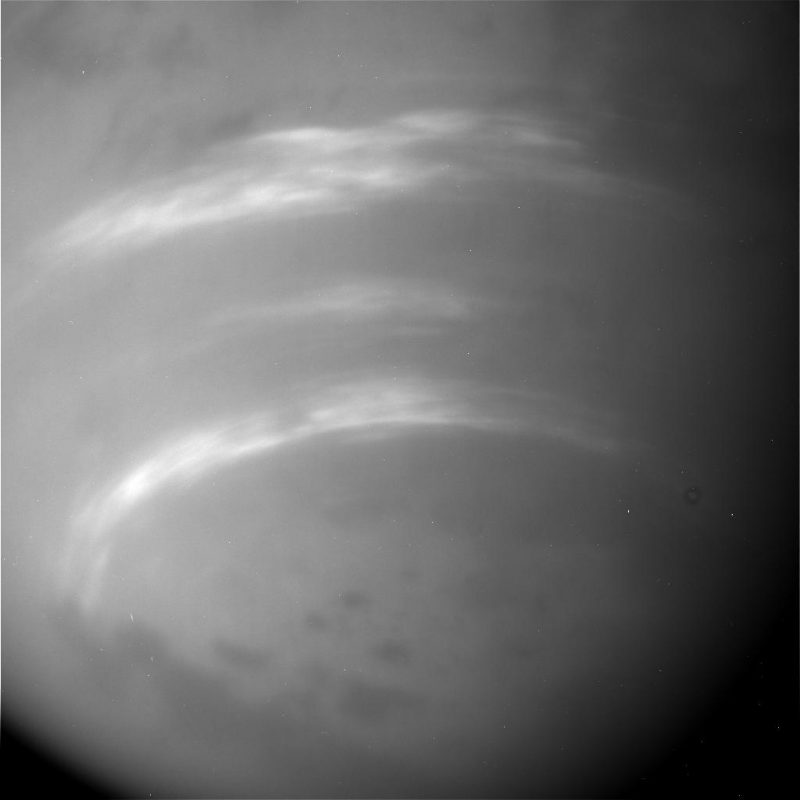 Radar image of bright, wispy methane clouds seen in Titan’s northern hemisphere by Cassini on May 7, 2017. Image via NASA/JPL-Caltech/SSI/AmericaSpace. 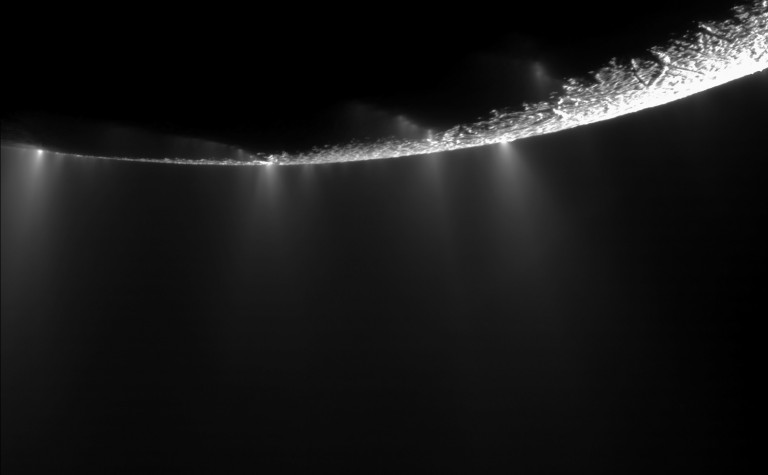 One of the most incredible discoveries by Cassini – the water vapor plumes of the moon Enceladus, originating from a subsurface ocean. Photo via NASA/JPL-Caltech/AmericaSpace.

Cassini managed to survive for 91 seconds in this epic battle, before tipping over backward during the last eight seconds and then finally losing radio contact with Earth. The mission was over, as the probe succumbed to the increasing heat and pressure.

At one point, it kind of looked like Cassini was attempting a comeback of sorts, with the radio signal spiking briefly, before disappearing for good. But of course it wasn’t a comeback, which would be impossible. Webster said:

No, it wasn’t a comeback. Just a side lobe of the radio antenna beam pattern.

There was no way Cassini could have survived this death plunge, and it wasn’t meant to, but the data it collected will be invaluable to scientists and engineers, including for future missions.

“Given that Cassini wasn’t designed to fly into a planetary atmosphere, it’s remarkable that the spacecraft held on as long as it did, allowing its science instruments to send back data to the last second,” said Earl Maize, Cassini project manager at JPL. “It was a solidly built craft, and it did everything we asked of it.”

It has now been 20 years since Cassini was first launched, reaching Saturn in 2004. From that point onward, Cassini revolutionized our knowledge of Saturn and its many moons, right until the very end. 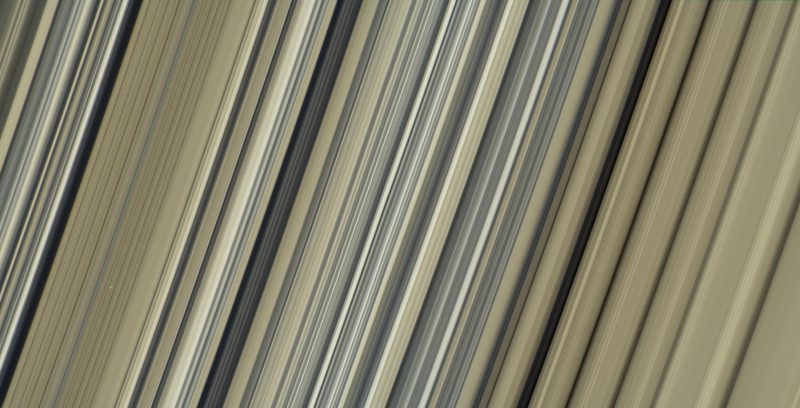 The highest-resolution color image ever taken of Saturn’s rings by Cassini. Photo via NASA/JPL-Caltech/Space Science Institute/AmericaSpace. 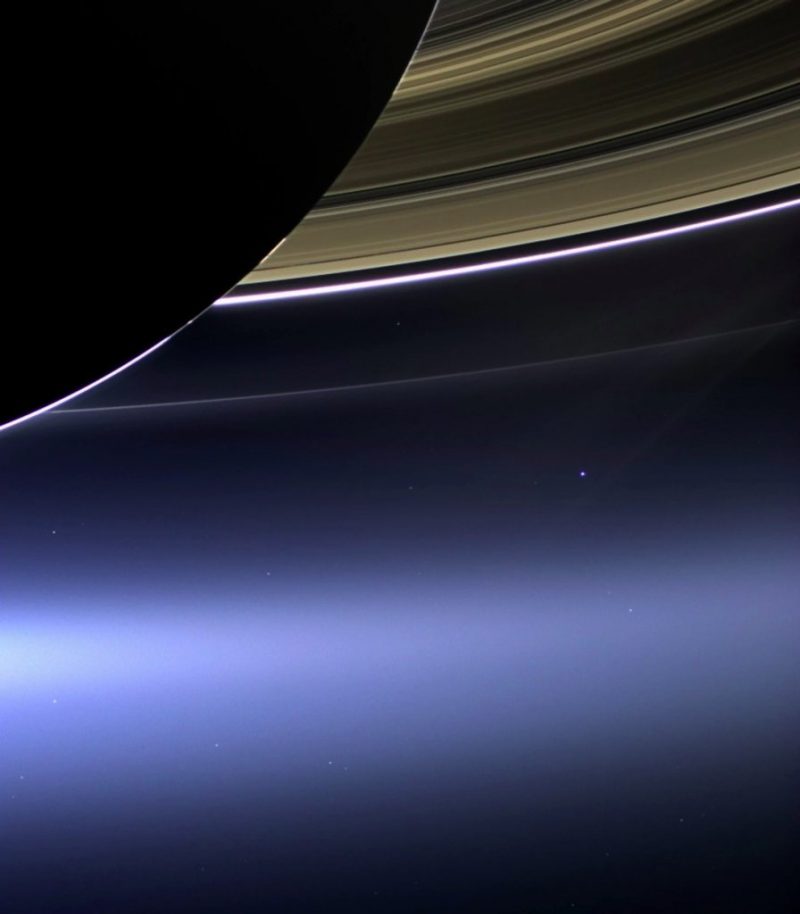 A historic view from Saturn, showing the distant Earth as a bright blue speck just below the rings. Photo via NASA/JPL-Caltech/Space Science Institute/AmericaSpace.

Bottom line: Space engineers have been able to reconstruct what happened to the Cassini spacecraft as it plunged into Saturn on September 15, 2017.