The book called “The Jupiter Effect” suggested an alignment of planets in 1982 would cause earthly catastrophes, including a great earthquake on California’s San Andreas Fault. There’s another planetary alignment, of sorts, going on now. Will it cause volcanic eruptions? Charts, and info, from Guy Ottewell. 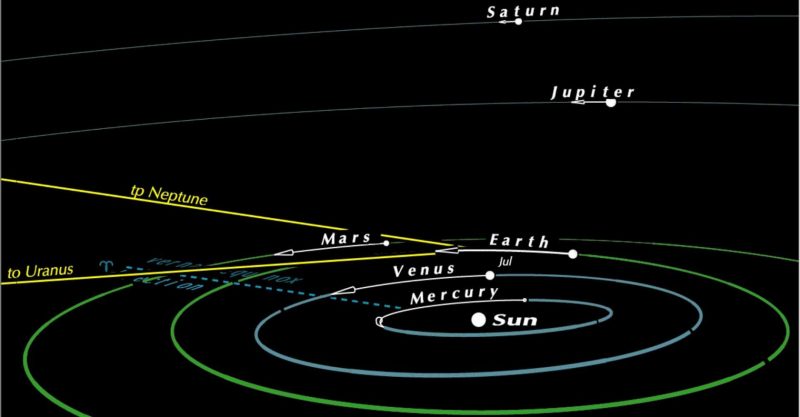 View larger. | In this space view, from a distance of 6 astronomical units (sun-Earth distances) from the sun – at latitude 15 degrees north of the ecliptic plane and longitude 120 degrees – the courses of the planets are shown for the month of July 2020. There are sightlines to Uranus and Neptune because they are in a different direction. Chart via Guy Ottewell’s blog.

There’s been discussion among the commenters at my blog about a current alignment of planets and about whether its tidal stress on Earth could have effects, such as increased volcanism. So I thought I’d show where the planets are in July 2020.

The ecliptic heliocentric longitudes of the planets at July 21 are:

So, yes – at present – some of the planets happen to be roughly on a spoke outward from the sun. 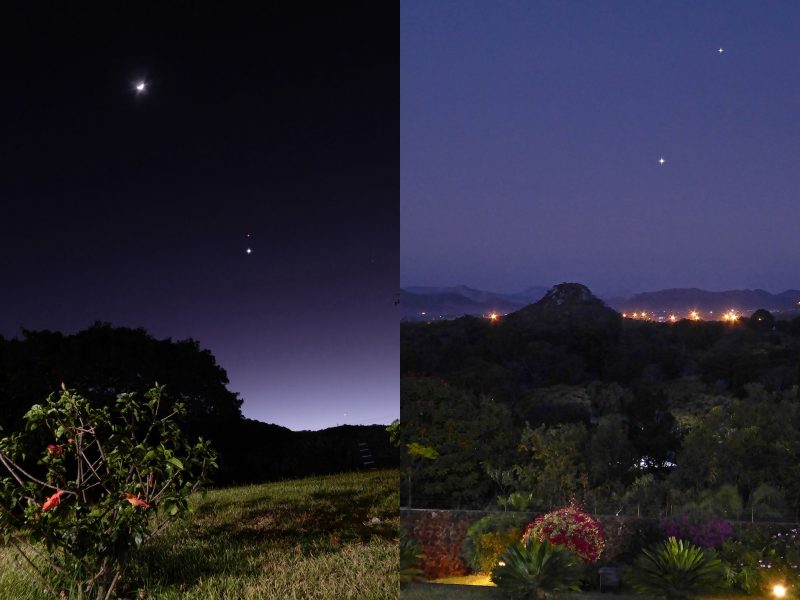 View at EarthSky Community Photos. | One consequence of the planets being located, more or less, in the same general direction from the sun is that we can see several planets in the sky simultaneously. This “alignment” in July 2020 – not a precise alignment, but more like a grouping of planets – enables us to see all 5 visible planets in the morning sky now. Peter Lowenstein caught them on July 15, 2020. He wrote: “… (on the left) the waning moon (above), star Aldebaran (red), planet Venus (very bright) and planet Mercury (bottom, in bright twilight just above the ridgeline) rising to the northeast … (on the right) the planets Saturn (above) and Jupiter (below) setting to the south-west of Murambi Heights, Mutare, Zimbabwe, at dawn.” Thank you, Peter!

The tidal force of body A on body B is the difference between its gravitational pull on the side of B nearer to it and on the side farther. That’s why there is a high tide on the side of Earth nearest to the moon and also on the opposite side.

Let’s give some distances in kilometers.

The distance of Jupiter from Earth is about 780,000,000. So the distances from Jupiter to the nearer and farther sides of Earth are 780,000,000 minus and plus 6,378. The difference between those is about 0.0016 percent. As you can see … this is a very, very small effect, not enough to cause an uptick in earthly volcanoes.

There have been several planet-alignment scares. “The Jupiter Effect” (1974), by John Gribbin and Stephen Plagemann, predicted that a line-up on March 10, 1982, would cause catastrophes including a great earthquake on the San Andreas Fault.

That did not happen.

There was some evidence that – around March 10, 1982 – global tides may have been 40 micrometers (40 thousandths of a millimeter) higher than average.

The only other part of the prediction that came true was that the book was a best-seller. 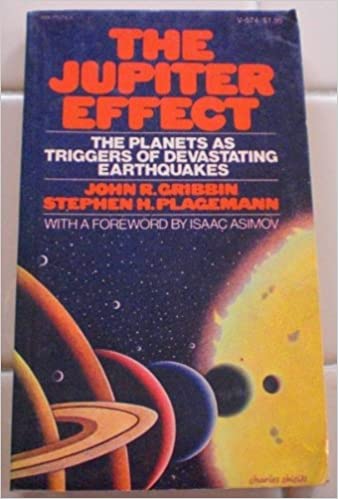 You can still find old copies of The Jupiter Effect around. Image via Amazon.

Bottom line: Yes, in July 2020 some of the planets happen to lie roughly along a spoke outward from the sun. No, there’s no reason to suspect an increase in earthquakes or volcanoes.