Our sun in 3D, for first time in human history

Two NASA space probes have been moving into position to give humanity its first-ever view of all sides of the sun simultaneously. Today, these two craft – aptly named the STEREO probes – moved into position on opposite sides of the sun. They are now beaming back uninterrupted images of our star – front and back.

It’s the first time in human history that we can peer at the entire sun at once. Cool, yes? We live in an amazing time.

This feat has been many years in the making. The twin STEREO probes left Earth in October 2006, split up, and headed for positions on opposite sides of the sun. Today – February 6, 2011 – marks their the date of “opposition” to each other. In other words, STEREO-A and -B are now 180 degrees apart, each looking down on a different hemisphere of the sun. 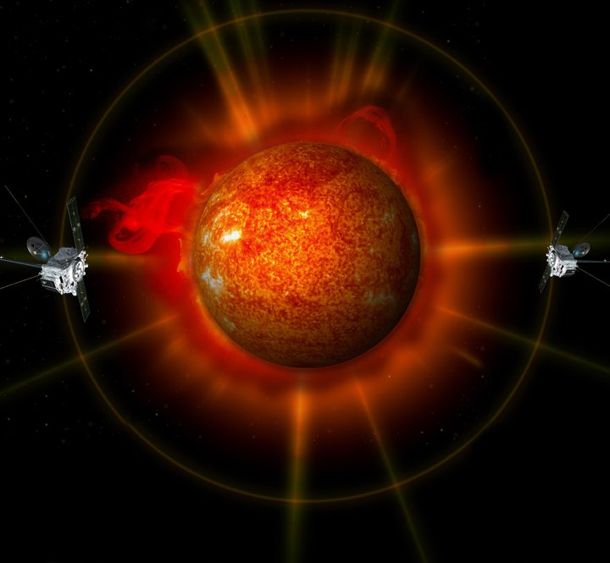 Artist\’s concept of STEREO spacecraft on opposite sides of the sun. Image Credit: NASA

Meanwhile, NASA’s Earth-orbiting Solar Dynamics Observatory – affectionately called Little Sdo – is also monitoring the sun 24/7 (Little Sdo, by the way, has a wonderful page on Facebook). NASA says that, with STEREO and LIttle Sdo now gazing at the sun from different vantage points, we’ll have 8 years of continuous observations of the sun.