Infrared imagery from the Very Large Telescope shows a dazzling nebula around Betelgeuse, one of the brightest stars in the night sky.

Betelgeuse, a red supergiant in the constellation Orion, is one of the brightest stars in the night sky. It is also one of the biggest, being almost the size of Jupiter’s orbit — about four and half times the diameter of Earth’s orbit. This new image shows the surrounding nebula, which is much bigger than the supergiant itself, stretching over 37 billion miles (60 billion km) away from the star’s surface — about 400 times the distance of the Earth from the sun.

Red supergiants like Betelgeuse represent one of the last stages in the life of a massive star. In this short-lived phase, the star increases in size and expels material into space at a tremendous rate — it sheds material (about the mass of our sun) in just 10,000 years. 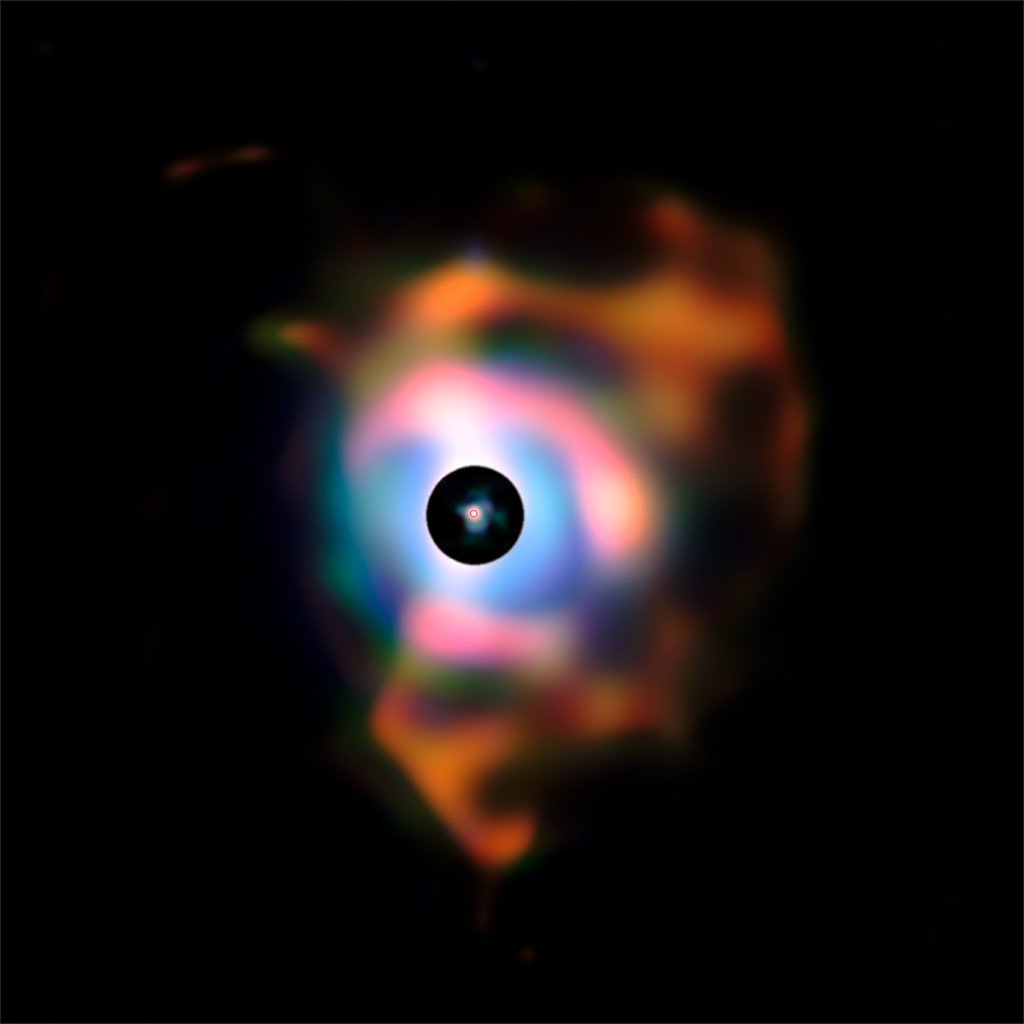 The small red circle in the middle has a diameter about four and half times that of the Earth’s orbit and represents the location of Betelgeuse’s visible surface. The black disc corresponds to a very bright part of the image. Astronomers masked it to enhance visibility of the fainter nebula. The nebula cannot be seen in visible light, as the very bright Betelgeuse completely outshines it.

Astronomers at the European Southern Observatory took this infrared image of Betelgeuse using an instrument on the Very Large Telescope (VLT) called VISIR (VLT imager and spectrometer for mid-infrared).