Devon Island in the Arctic is one of Earth’s most Mars-like places. NASA is there, training scientists and testing technologies for future Mars exploration. Now Google has joined in, to bring Devon Island’s Mars-like wonders to you. 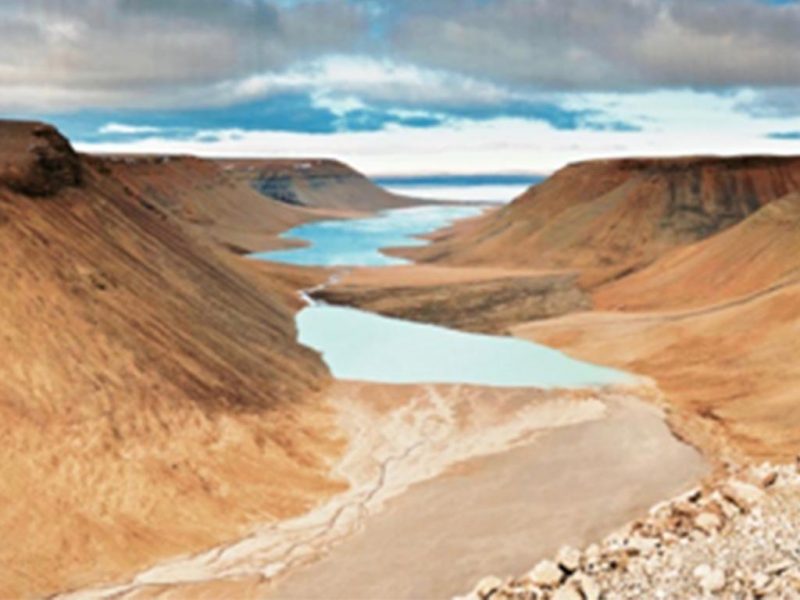 Here’s one of the Mars-like wonders of Devon Island in the High Arctic, featured in Google’s new documentary short on the NASA Haughton-Mars Project. This earthly canyon – called Astronaut Canyon by scientists – was carved by glaciers and resembles some of the tributary canyons to Ius Chasma on Mars. Image via HMP/Pascal Lee/SETI Institute.

A crewed mission to Mars might be a long way off, but researchers are busy preparing, nonetheless. One of the best ways to prepare is by training scientists and testing new technologies in some of the most Mars-like locations on Earth, simulating the experience as much as possible.

On March 25, 2019, the Mars Institute and the SETI Institute jointly announced a new partnership between Google and NASA’s Haughton-Mars Project (HMP) to further the goal of human Mars exploration and the public’s understanding of it. Their focus is Devon Island in Nunavut, Canada, in the Arctic. Devon Island is one of the most Mars-like places that can be found on Earth and the single largest continuous area of barren rocky polar desert on Earth. The announcement was accompanied by the release of new public outreach products including Street View imagery; a Google Earth guided tour highlighting the Mars-like geology of Devon Island (Chrome browser needed); and a documentary short captured at NASA’s Haughton-Mars Project with a Google Pixel 3. Want an example? Highlights from Google Street View include:

The new Google Earth guided tour of Devon Island and NASA’s facilities there is called Mars on Earth. It illustrates – via factual narrative – how Devon Island is similar to the “magnificent desolation” of Mars. Please note that Google Earth is optimized for Google’s Chrome browser and might not work with other browsers.

According to Pascal Lee, director of NASA HMP at Ames Research Center:

We are excited about this new partnership with Google on the Haughton-Mars Project and about the data products being released. They allow us to share with the world some of the Mars-like wonders of the site and the fieldwork that we do. 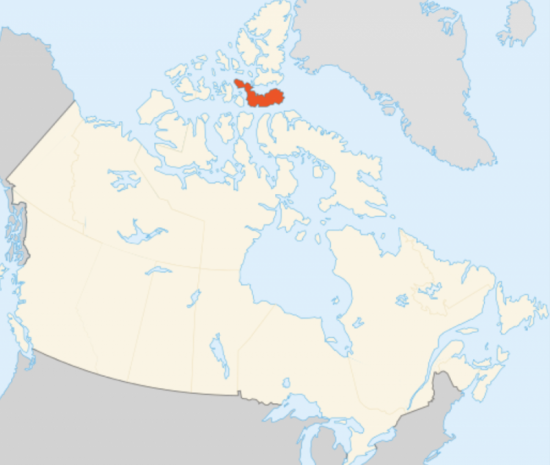 Devon Island (Inuit: Tatlurutit) is an island in Canada and the largest uninhabited island on Earth. It is located in Baffin Bay, Qikiqtaaluk Region, Nunavut, Canada. Map and caption via Wikipedia. 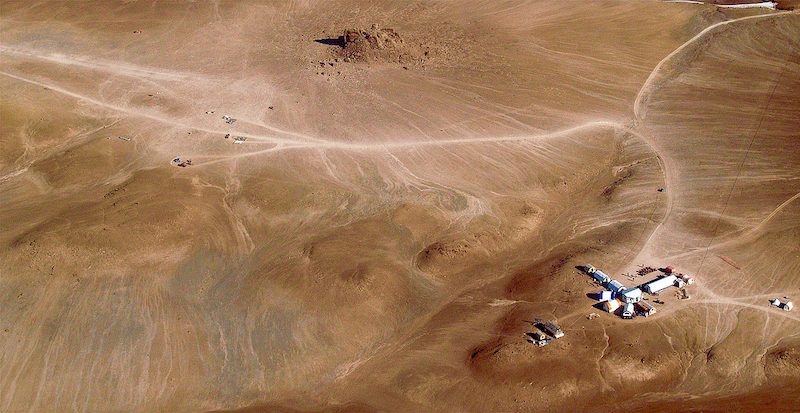 Google captured its images in August 2018, when it took part in HMP’s 2018 summer field campaign as a new Education and Public Outreach partner.

The team also produced a 10-minute documentary called “Mars On Earth: A Visit to Devon Island,” filmed in HD using a Google Pixel 3 smartphone. The film provides an overview of the activities at Haughton-Mars Project Research Station (HMPRS) over a 10-day period. Also included in the documentary are flight tests and science application studies of NASA’s Mars Electric Reusable Flyer (MERF), an experimental aircraft for Mars exploration being developed at NASA’s Langley Research Center in Hampton, Virginia. As Katja Minitsenka, leader of the Google team, noted:

We were very humbled by the opportunity to get a glimpse into the work planetary scientists are doing on Devon Island. Now we are thrilled to share the results of our time on the world’s largest uninhabited island with Google users.

According to Bill Diamond, President and CEO of the SETI Institute:

This new partnership between Google and the NASA Haughton-Mars Project, one of many groundbreaking research projects at the SETI Institute, is a beautiful example of how private industry and nonprofits can come together to advance science, exploration, education and public outreach. Stay tuned for more in the near future.

The Haughton-Mars Project, by the way, is based at Devon Island’s Haughton Crater – a 12-mile-wide (20-km-wide) meteorite impact crater – and surrounding terrain. A leading international Mars analog field research project, HMP has conducted numerous field studies during its 22-year history.

Locations like Devon Island, or the Atacama Desert in Chile, are about the closest one can get to Mars-like extremely dry conditions on Earth, with little to no vegetation, rainfall or other moisture. As such, they are ideal places to conduct experiments and prepare for future human missions. 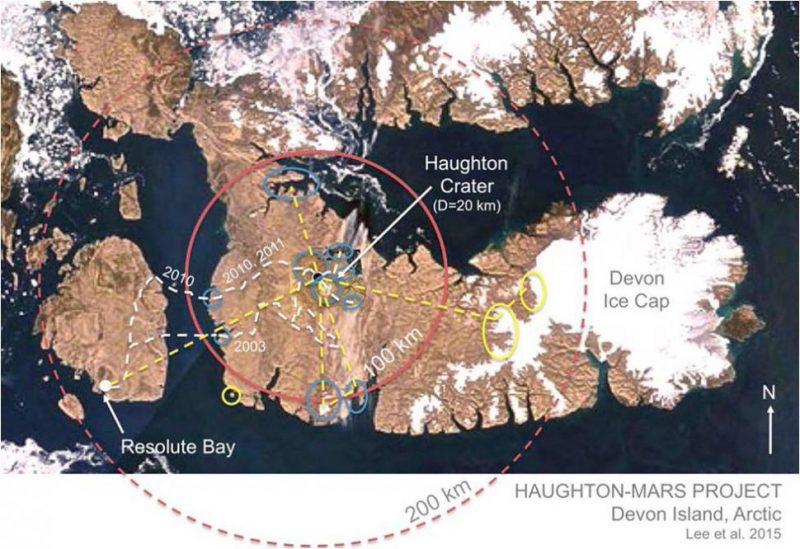 Map of Devon Island with location of Haughton Crater. Image via NASA/HMP/Pascal Lee. 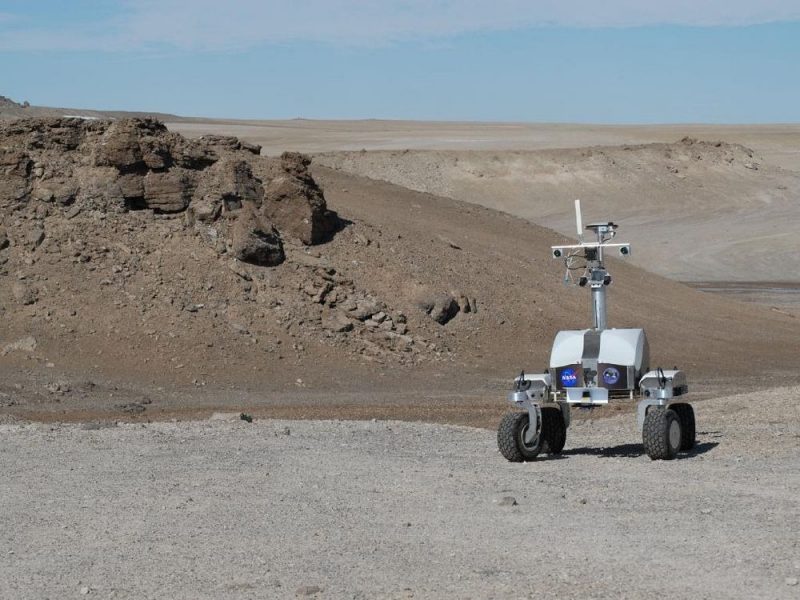 Bottom line: The partnership between NASA and Google provides new and innovative ways to not only advance testing for human exploration of Mars, but also to share that adventure with the public at large.